Administrator
Moderator
Original Poster
Very busy at the Magic Kingdom this week. Wait times upwards of 2 hours and a 4 hour wait for the Mine Train today. 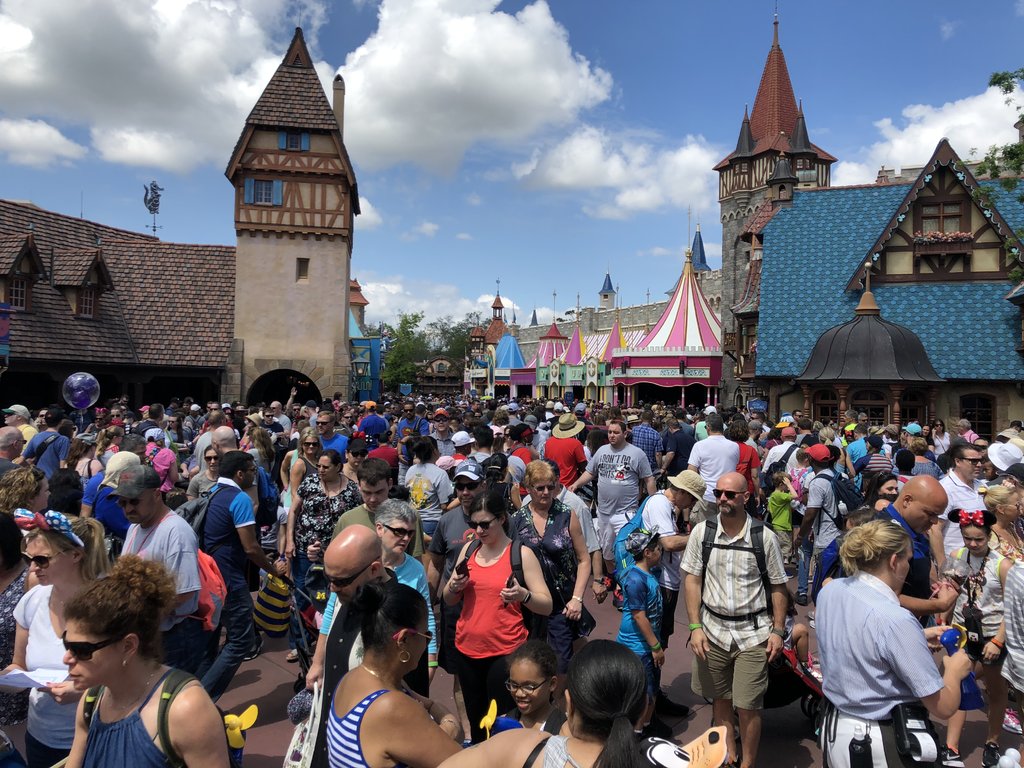 wdwmagic said:
Very busy at the Magic Kingdom this week. Wait times upwards of 2 hours and a 4 hour wait for the Mine Train today.

I concur. Our flight got delayed so we wandered back into the MK. Holy cow!! 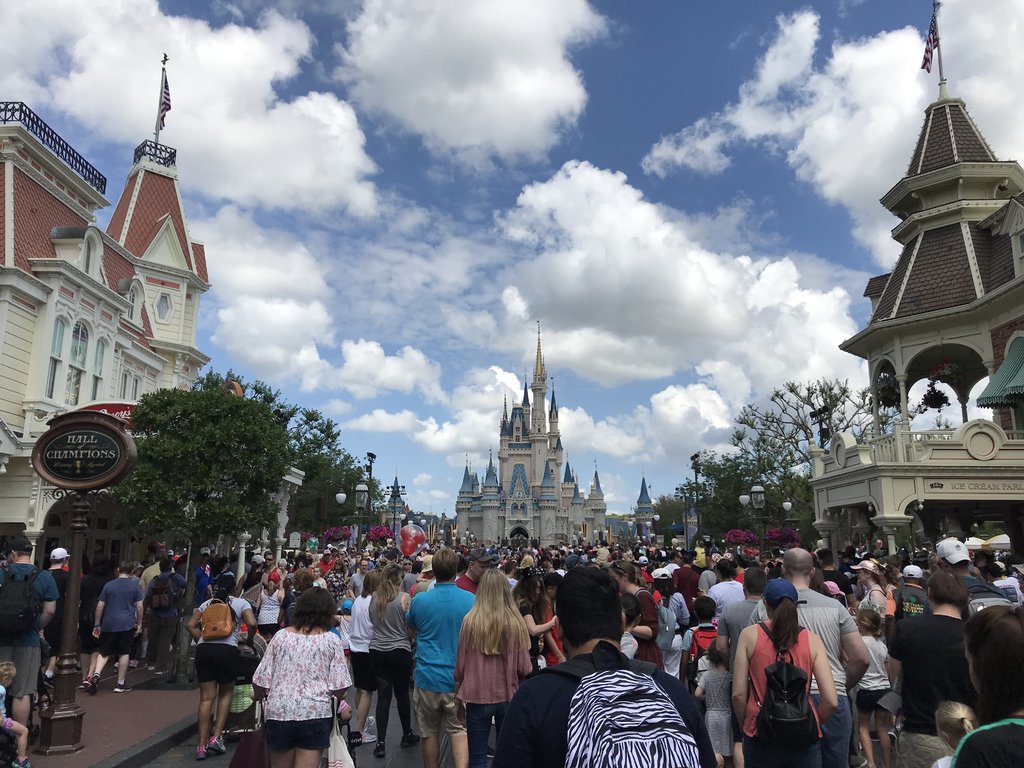 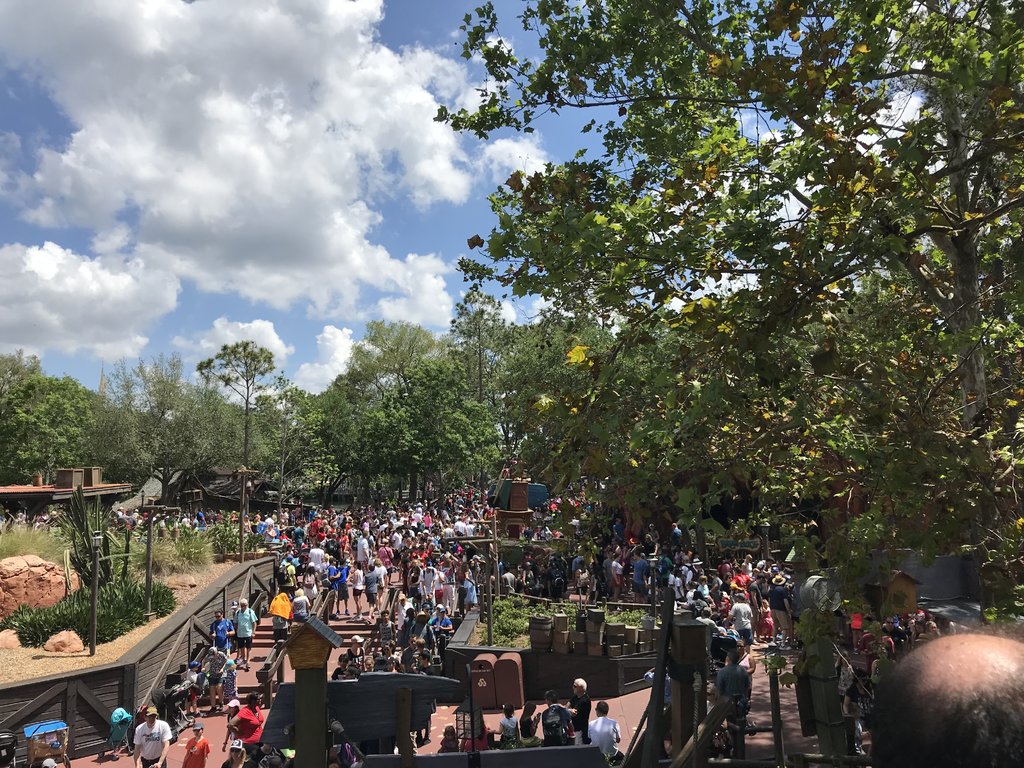 I know it's spring break in a lot of places but looking at that I don't even think it's worth it.

Premium Member
Why when I saw when my kids spring break was this year we booked for the beginning of June. No way

No thank you. Those pictures are exactly why we tend to go in slower months, or at least what *were* slower months...

Premium Member
Current wait times at MK, according to the MDE app:

They're all there to see @Tuvalu!

Look at all the smiling faces.

I see this and it only tells me that prices will continue to climb. I was pleasantly surprised at the state of the parks. They looked very good. This was one of our best trips yet. 3 nights BCV and 3 nights GFV, all on points. As far as I was concerned, Epcot was as beautiful as I can ever remember. I usually hold DAK up as the most aesthetically beautiful park. I forgot how great Epcot looks during this festival. 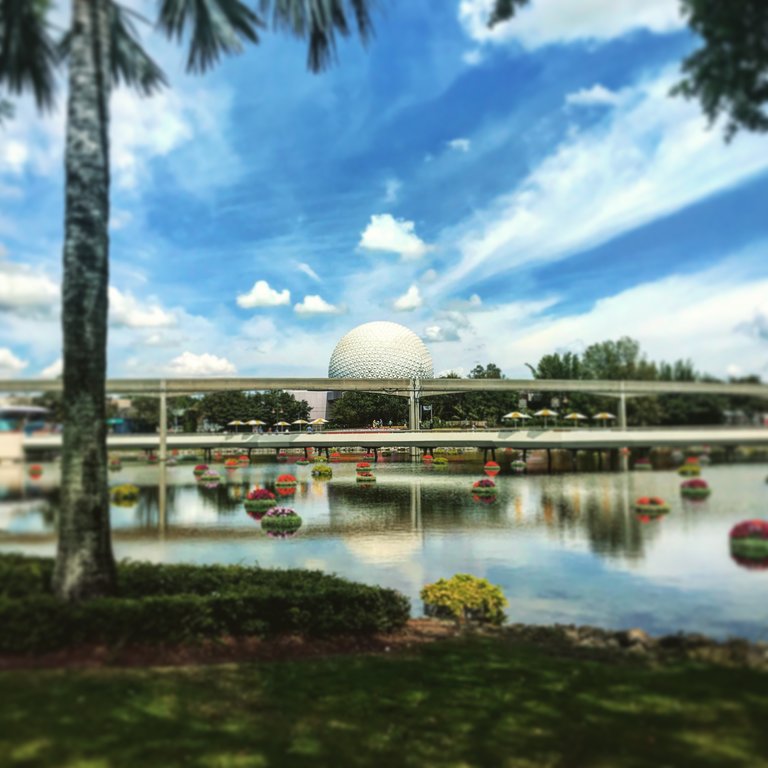 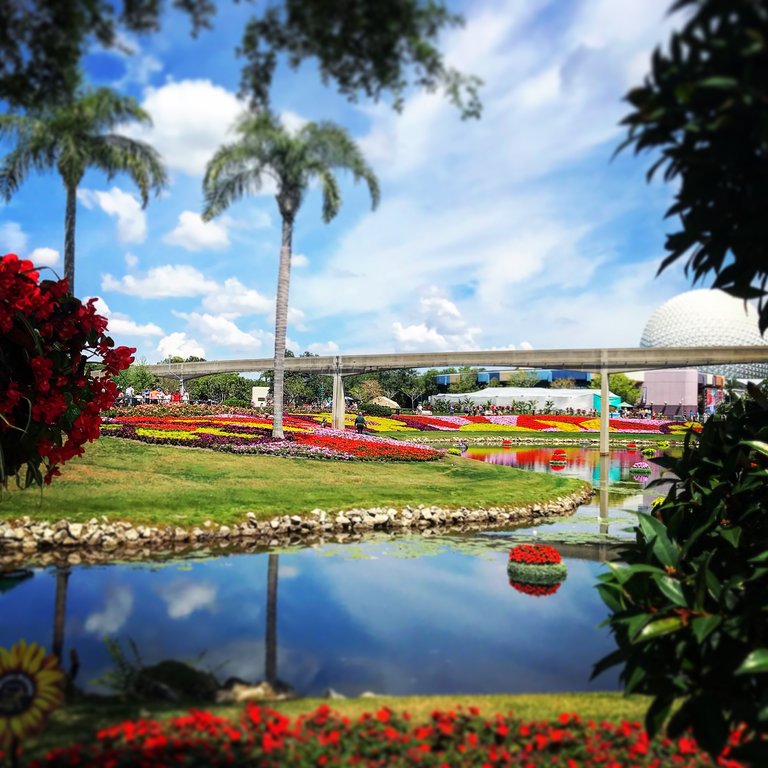 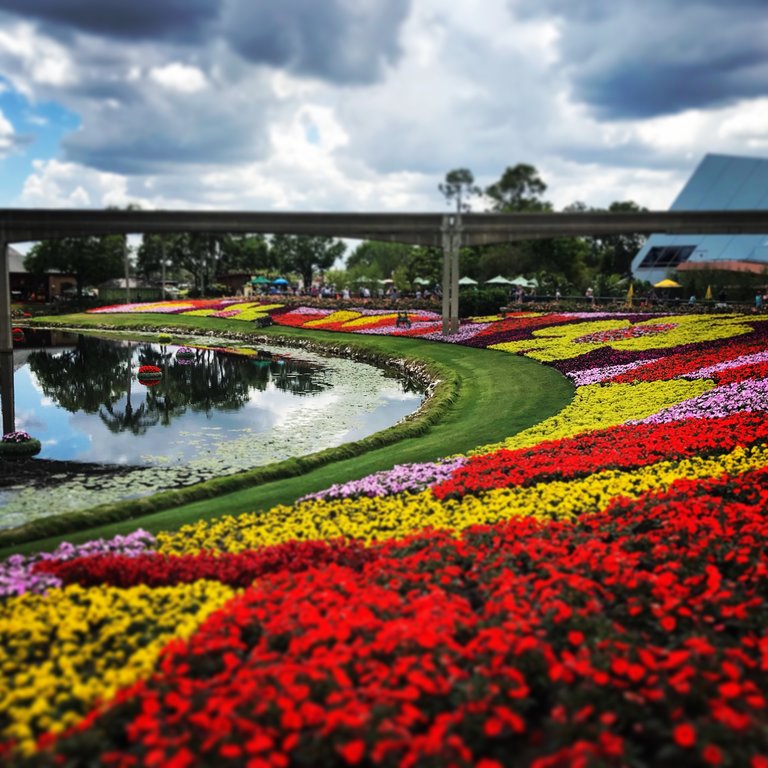 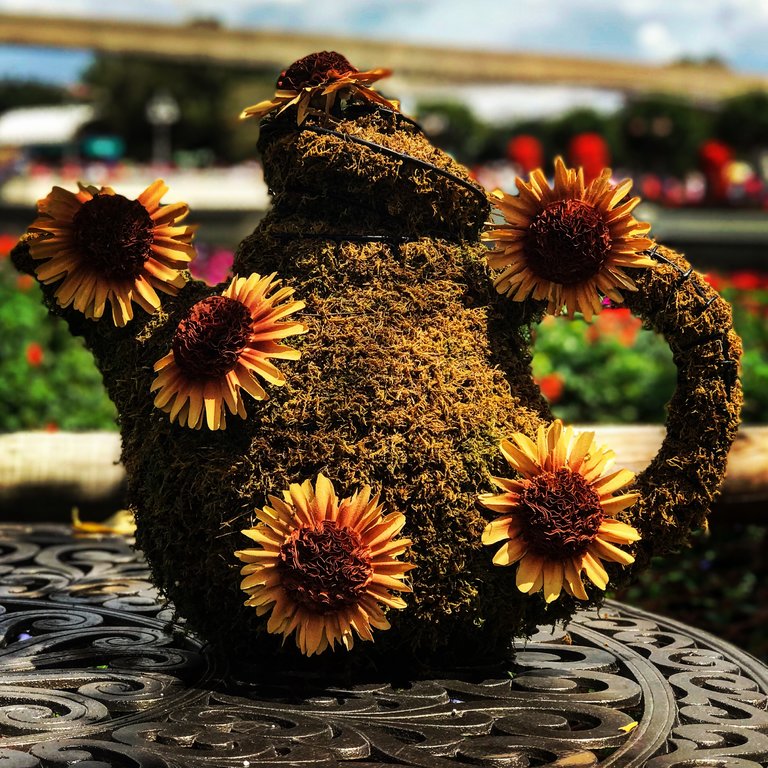 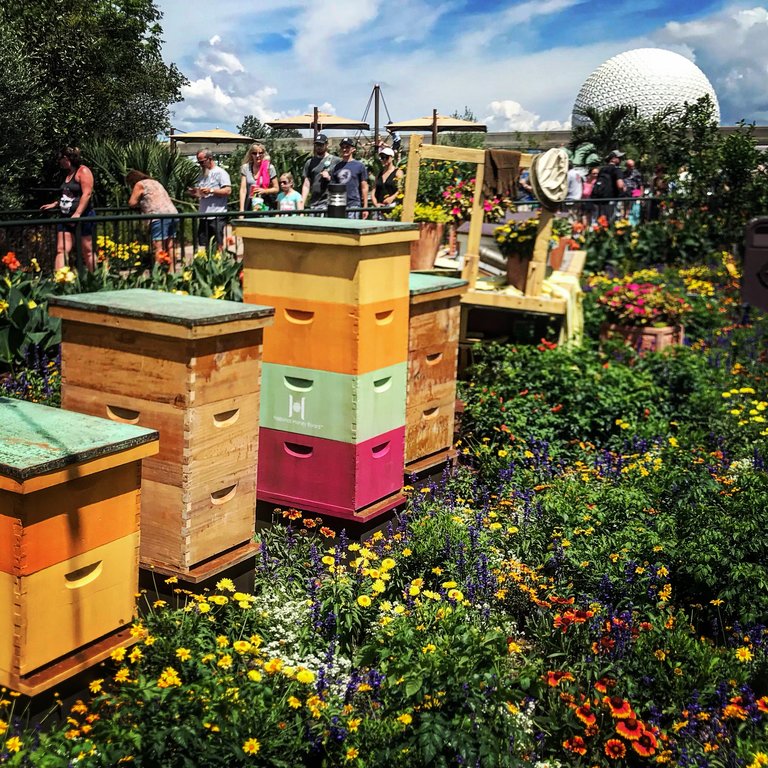 It was the about the same level of crowds and wait times last Tuesday as well. Not my most pleasant experience at the Magic Kingdom.

I was there all last week and found the parks to be less busy than Marathon Weekend in January. The wait for the rides also back this up.

I thought last week was pretty darn insane - especially at MK. It got worse as the week went on. But those crowds here - YOWZA!!!

We’re here now. Arrived yesterday after a 3 night Disney cruise. It’s busy. Like almost Christmas week busy. We’ve resigned ourselves to the fact that our days will be doing the three FPs we made 2 months ago in the morning and then coming back to Stormalong Bay and the Beach club to rest in the afternoon and then have a nice dinner at one of the parks or resorts and maybe catch another ride if we were lucky enough to get another fp. We’re having a great time but it is tiring. My kids got to ride flight of passage for the first time this morning and loved it, so that made the whole trip worth while especially since it was a 210 minute wait and we had fast passes! Margaritas tonight at Mexico and I’ll be all set! 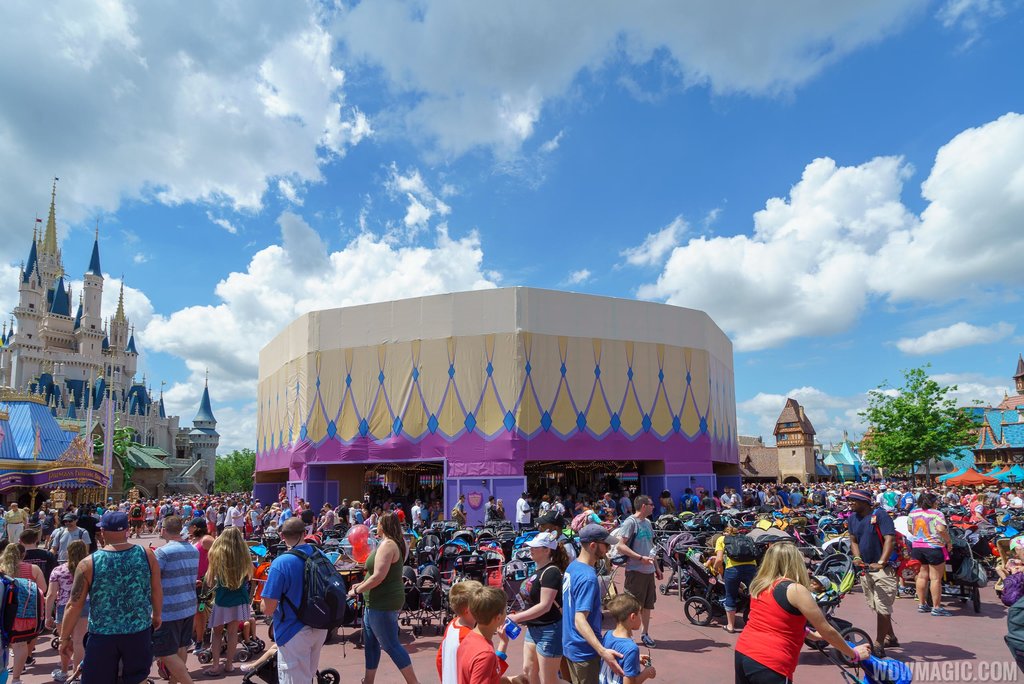 My family stayed in adjoining studios at the Polynesian using DVC points for part of last week. We were at Blizzard Beach last Wednesday, Epcot and Hollywood Studios last Thursday, Animal Kingdom and Magic Kingdom on Friday, and Magic Kingdom on Saturday. Our approach (other than the day at Epcot and Hollywood Studios) was to get up really early, hit the parks at rope drop, leave the parks for some downtime around 2:00, and then go back to the parks in the early evening.

With this approach, we were able to avoid the mid-day swell associated with what you see in the pictures above. I really do not think we could have gotten into many more attractions had we stayed all day with no break (maybe 1 or 2 of the less popular, higher capacity rides or shows), and it definitely was more enjoyable hanging out at the Lava Pool with a Dole Whip. As always, we had a blast at the water park, where there is no FastPass+ and no 60 day advance planning with respect to how the day should unfold.

wdwmagic said:
Another one from today that shows the general size of the crowds

When did they make strollers mandatory?

flyerjab said:
I see this and it only tells me that prices will continue to climb. I as pleasantly surprised at the state of the parks. They looked very good. This was one of our best trips yet. 3 nights BCV and 3 nights GFV, all on points. In fact, Epcot was as beautiful as I can ever remember.

I agree on Epcot. It looked great.