Thanks for taking some time to check out my pre-trip report!

This is the second trip-report I have done. If you want to check out my first one you can find it here:

Our almost Totally FREE trip to Disney will take place from September 15th to the 25th. We are staying at POFQ – same resort as last year. It’s small and cozy (for Disney) and worked very well with us. So as much as I wanted to try Riverside and Julia wanted AOA, Ross offered the advice of “if it’s not broken, don’t fix it.” So POFQ it is.

Let me start by introducing my cast of characters: 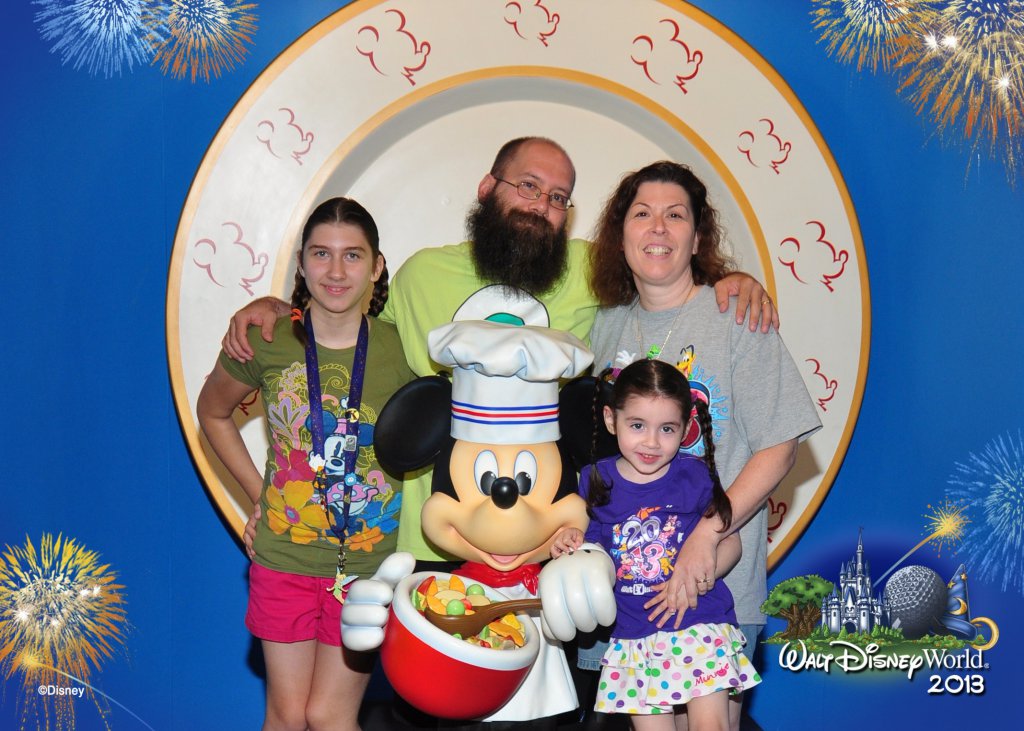 Me – Mary, aka “mom”. I am a teacher turned homeschool mom, advocate and blogger. I LOVE Disney and would love to be on the Disney Parks Moms Panel one day! (Made it to round 2 last year.) 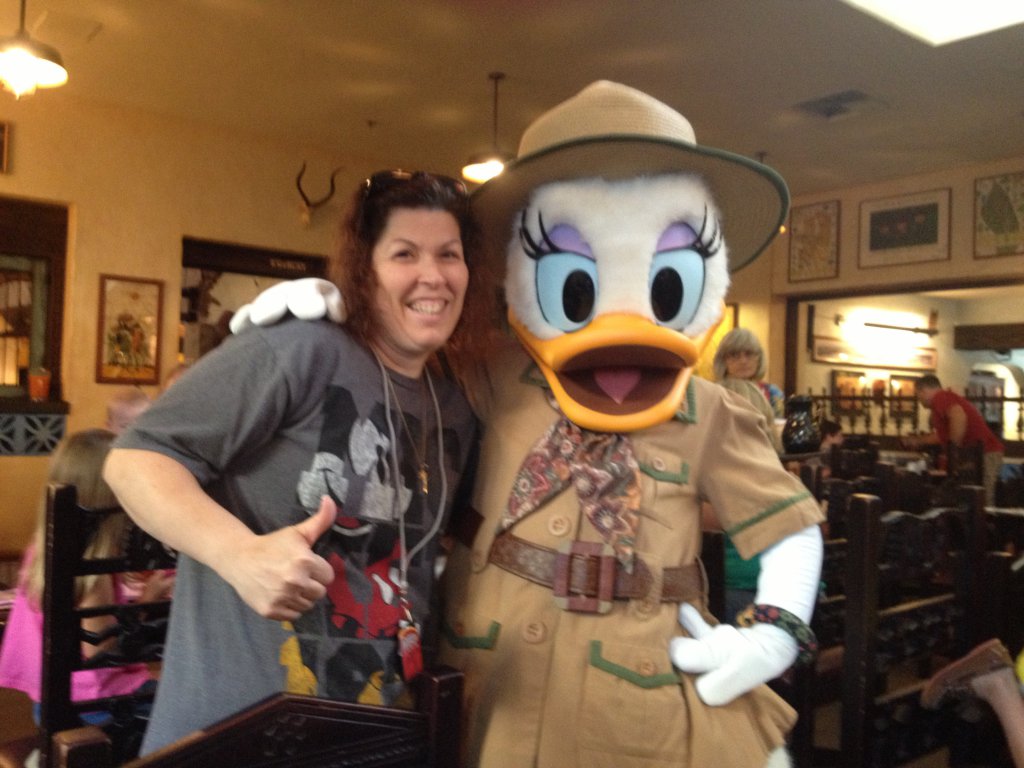 Ross, the daddy, aka “Grumpy”. He is the character who works non-stop all year to make this trip possible for us. 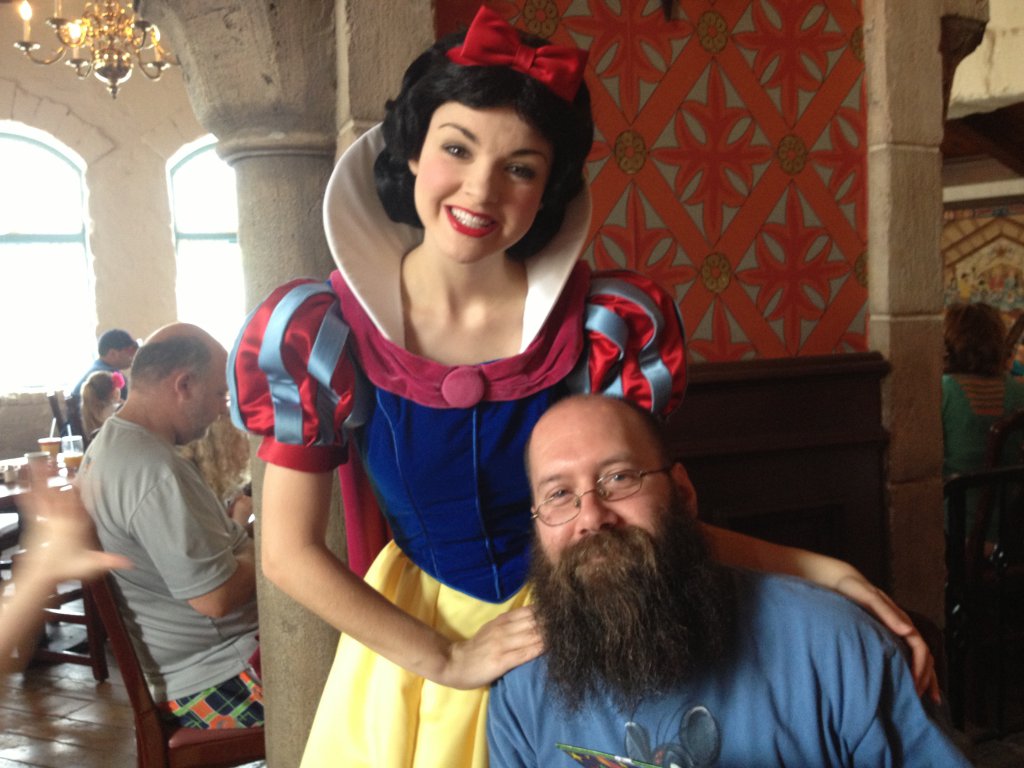 Julia, aka “sissy”, our oldest daughter who is 12. This will be her last trip with us before she turns into a… I hate the word… teenager! She LOVES Disney as much as I do and I pray that she always does. 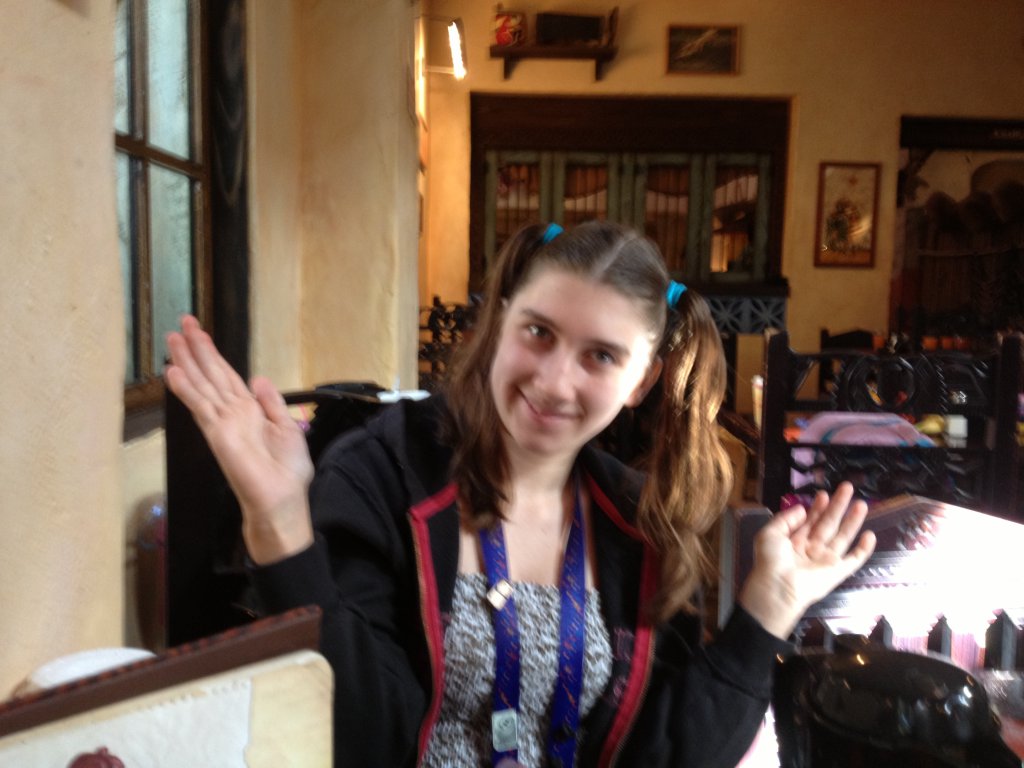 Hope, aka “the Hopester”, (a nickname she somehow adopted when riding Spaceship Earth last year). She is my youngest daughter, 5 ½, diagnosed with severe Autism and Sensory Integration Disorder. I consider our time in Disney as her intense therapy as she always seems to do something incredible when we are there. 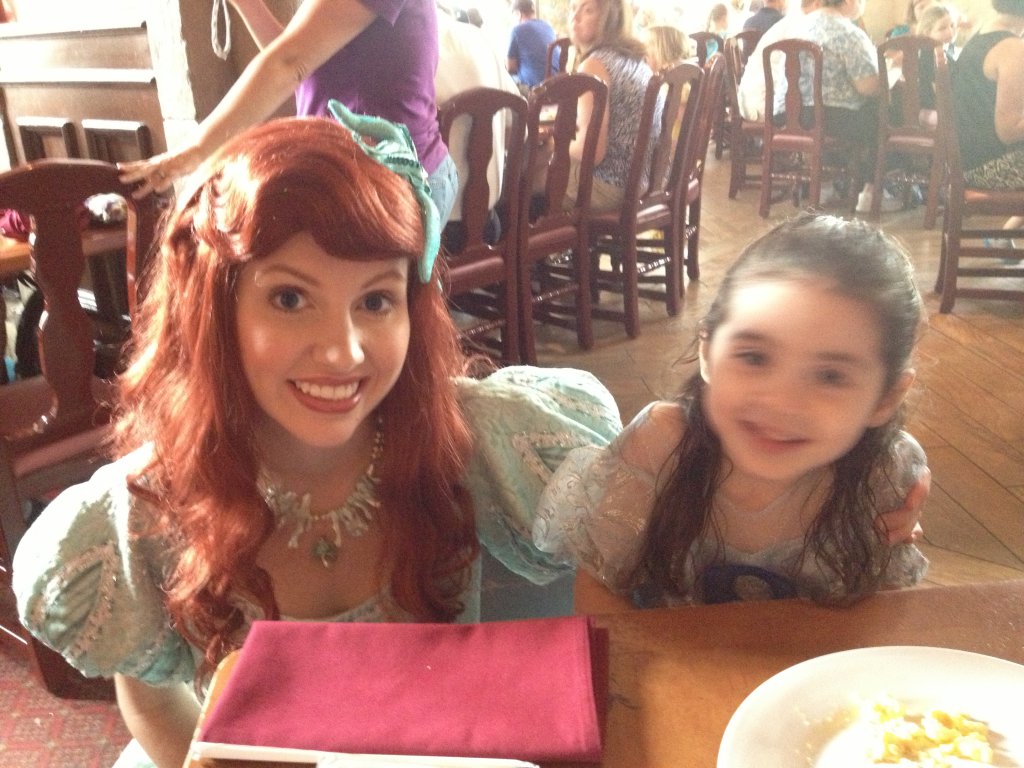 Okay so I know you are all wondering… how is this trip almost “Totally FREE”? Well, first of all, we do have the FREE dining plan. However, on top of that, this year we are…

TSA Special screening process FREE! Hope can also tolerate drinking beverages other than her “special” combination of juices which means we don’t need to take liquid on the plane with us!

High Chair FREE – Hope is making progress using a booster seat – which seems to be easier when going to a sit down restaurant. I know that seems weird to think of a five year old in a highchair– but Hope has such low muscle tone that supporting herself in a regular seat for a long period of time - even and hour or so for dinner is tough for her.

I also have a husband who is now “beard” FREE. 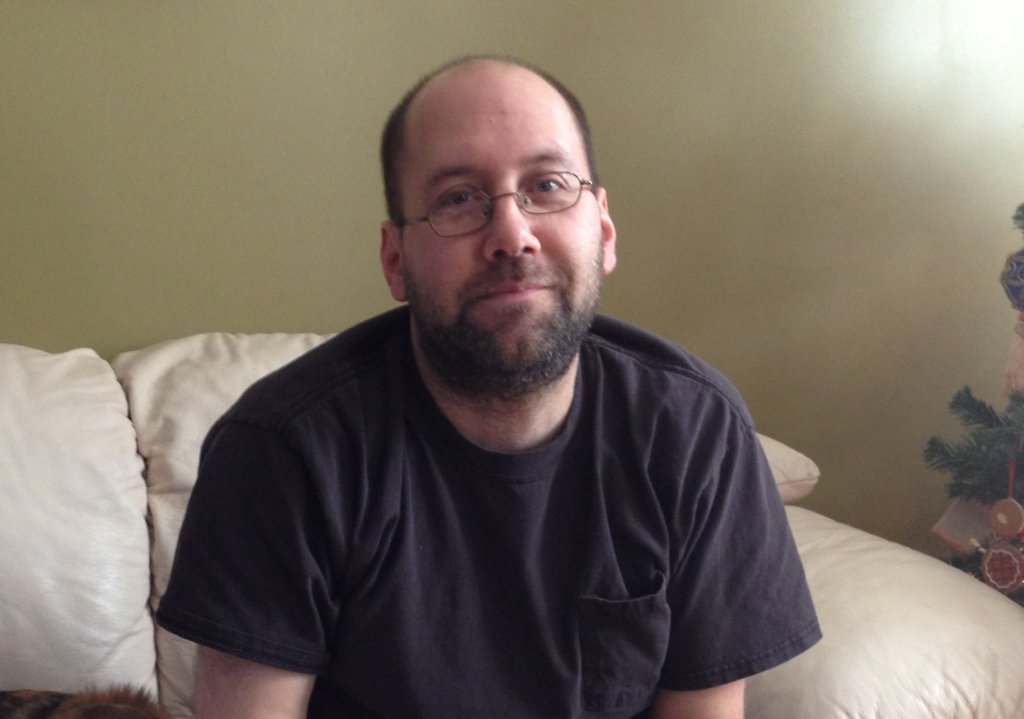 Well, almost beard free – he has a small amount of facial hair. But Ross’ new job required him to lose the Duck Dynasty look. He is quite sad because he is sure he will not be picked to be “that guy” without it.

It also means he will not be able to keep his yearly Halloween costume tradition: 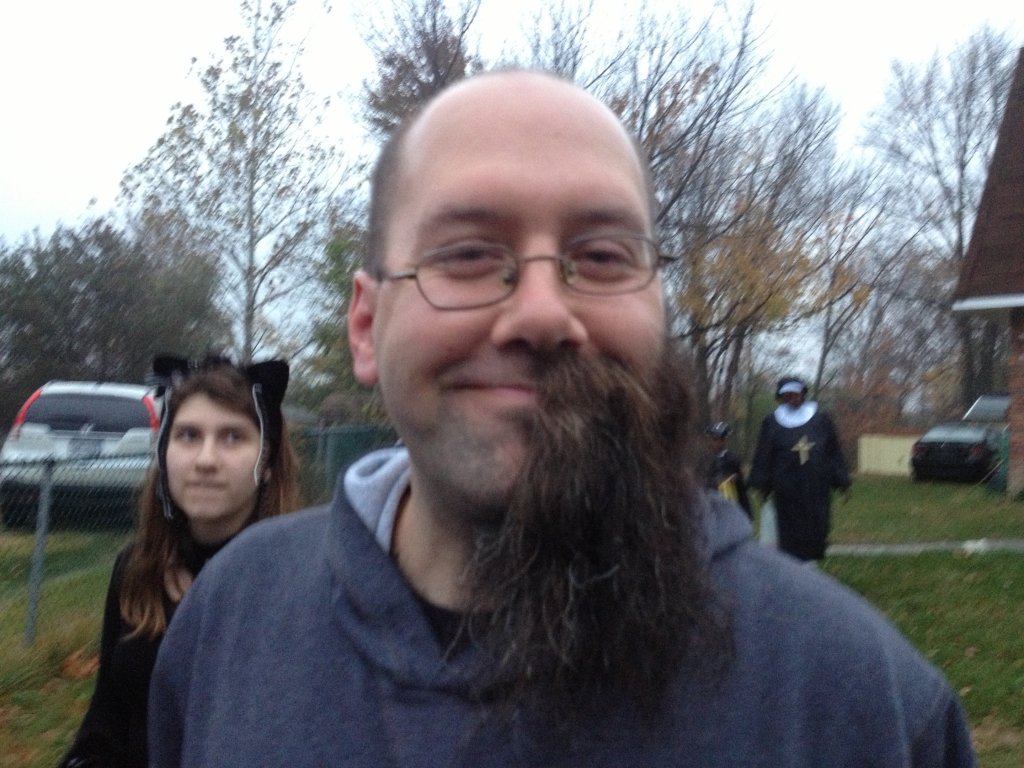 Now, moving on to Stress FREE? No – not a chance.

Stroller FREE ? No – not for a long while yet. But that’s okay. It means I don’t have to carry a back pack in the parks.

Loved ur last report and can't wait to read another one!

Ditto - enjoyed your previous report and this trip looks like a fun one too. Clever title!

I enjoyed your last trip report. We will be there around the same time as you and staying at POFQ as well.

Wow! Your husband looks ten years younger haha. I bet that has been hard to get used to! Excited for your upcoming trip.

Just starting reading your previous trip report! I'll be at POFQ soon too, about a month after you Have fun!

Premium Member
We will be there the same time as you. If I see you in the MK, I will personally escort you to Columbia Harbor House and make you eat!

stevehousse said:
Loved ur last report and can't wait to read another one!
Click to expand...

SharonD said:
Ditto - enjoyed your previous report and this trip looks like a fun one too. Clever title!
Click to expand...

Thank you - and thanks for reading!!

TaraWdopeyfan said:
I enjoyed your last trip report. We will be there around the same time as you and staying at POFQ as well.
Click to expand...

Thanks and enjoy FQ - is it your first time there?

StarBurst said:
nice
would be fun to hang in the parks with u guys i bet

We are fun until Hope has a meltdown! Then you may want to run in the other direction and pretend you don't know us!! HAHA

Allym146 said:
Wow! Your husband looks ten years younger haha. I bet that has been hard to get used to! Excited for your upcoming trip.
Click to expand...

I know - everyone tells him that! Thanks for reading!

RubyTuesday said:
Just starting reading your previous trip report! I'll be at POFQ soon too, about a month after you Have fun!
Click to expand...

Thanks for reading! Have fun at FQ and enjoy the beignets!

Tuvalu said:
We will be there the same time as you. If I see you in the MK, I will personally escort you to Columbia Harbor House and make you eat!

Thanks! I may take you up on that offer! lol Have a blast on your trip and thanks for reading!


Our Magic Bands have shipped!!!!! 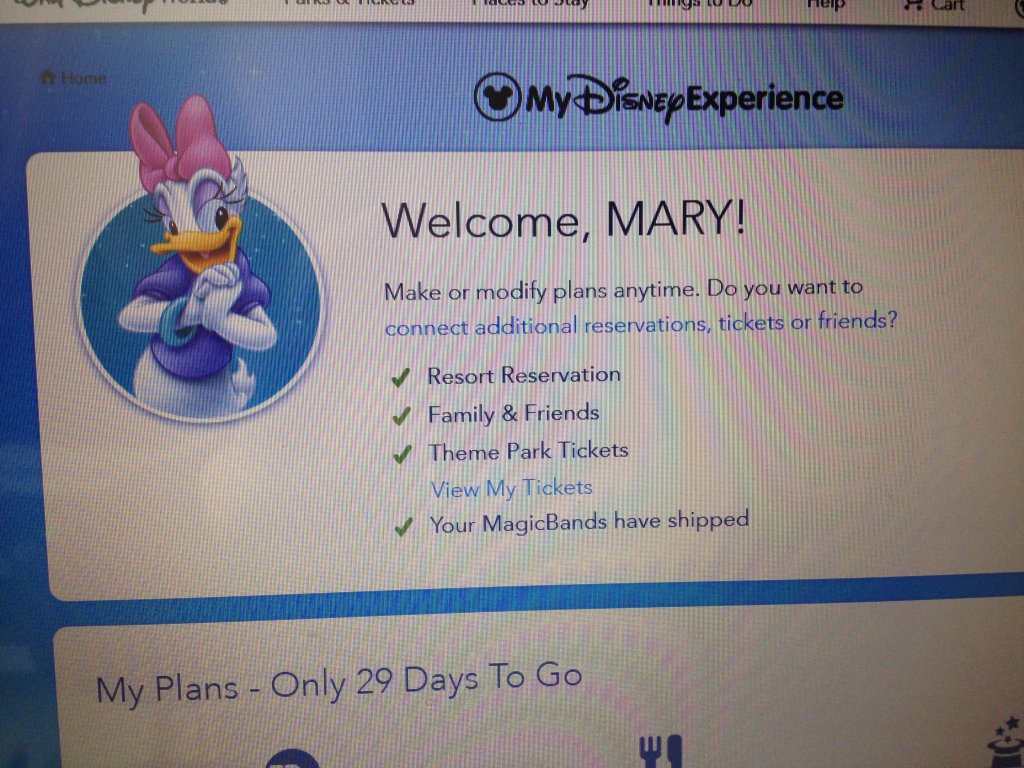 Our vouchers / luggage tags have arrived. 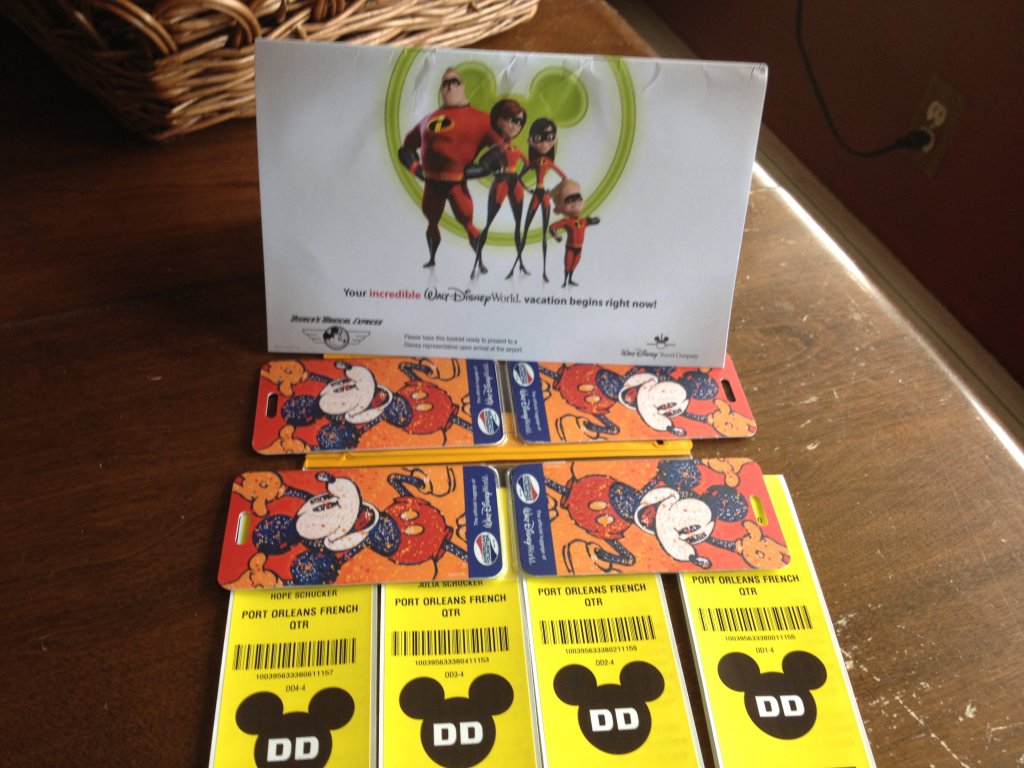 I have to confess, I am NOT a planner – I do NOT like to micro manage things. I am usually very laid back, let’s take things as they come, no worries, procrastinating, kind of person. So for Disney, I have to channel my “Type A” personality.

I am usually very comfortable with our plans by this time, however, this year I feel as though I have not planned well enough – I am just too undecided about several things.
This is what our itinerary looks like:

You see – I just can decide about certain things! I realized a few days ago that Disney switched around some of the park hours – which honestly is a little annoying. Our MK days got a little shorter but then AK hours got longer.

This is the first year we have dedicated 2 days to AK and Studios. Both have always been one day parks. After reading so many great trip reports, I realize that we speed through AK and I wonder if we wouldn’t appreciate it more if we could take our time and enjoy all it has to offer.

I also can’t decide if we should do the Hoop Dee Doo Review. We have never seen it and Julia really wants to … but I’m not sure if we can afford to add it on. I know we can use 2 credits – but we don’t want to give up any of our ADR’s. So we would have to pay out of pocket. Plus, I’m not sure if Hope would enjoy it and I would hate for her to be miserable - which would make the rest of us miserable - along with others close by if she starts a meltdown.

My original plan was to leave AK on 9/21 around 4PM – it was supposed to close at 5PM and head to Hoop Dee Doo Review. But now AK is opened to 7PM and I’m thinking we could take our time and see some things we “rush” by. We have never walked any of the trails or gone to the conservation station (correct name?). And I am always saying we don’t have time to do the Bone Dig.

The Studios has also always been a one day park for us. However, it is also the day that is usually met with torrential downpours, trips to Urgent Care and assorted other drama. So in the last 3 years, we have really not experienced too much there – except for Disney Jr. Live On Stage.

Plus – now that they have extended the Frozen Festivities, I’m wondering if we couldn’t spend 2 days there. Hope is a big fan and I think she would take it all in. Plus, Julia is an ice skater... 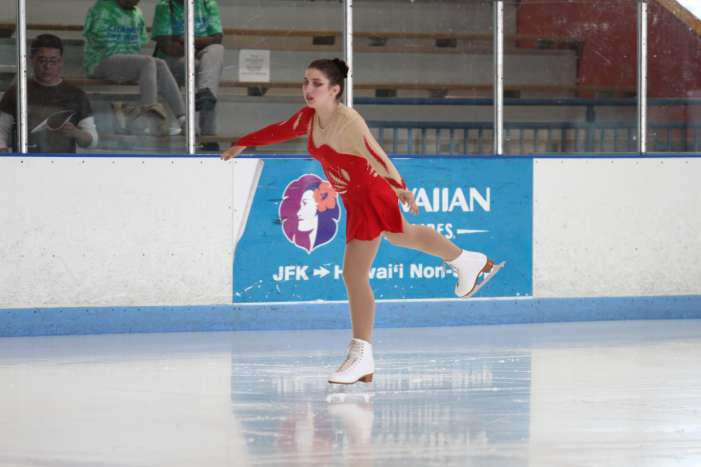 ...and I’m not sure if she will ever get another chance to skate at Disney World – so I’m thinking maybe it could work.

Last year we decided we needed a day out of the parks – hence our Pool day. We could relax, enjoy our resort, go to DTD and catch the movie under the stars. (I also get to do laundry.) But of course now I’m thinking maybe we could head to Epcot or MK at night for little while. Or… there is also the possibility of trying the miniature golf. Winter Summerland I think? Both the kids like mini golf so Disney mini golf must be wild!

Goodness – I’m running out of time! I have to decide! Any suggestions or tips are most welcomed and appreciated!

Premium Member
Looking forward to the rest of your report! I will be in the parks on the 20th and the 25th--with a Disney cruise on the days in between. I'll probably be in MK in the 25th, will say hi if I spot you!! Although it would have been easier to spot you if Ross was still sporting the beard! LOL. But I have to agree, he looks great without it.

Figment Forever said:
Thanks and enjoy FQ - is it your first time there?
Click to expand...

No this will be our 5th time staying here. It's our favorite resort.

We've never really ultra-planned our previous trips but with the feeling that I'm missing out on things I decided to be rather more organised this year...and was promptly initially annoyed to find the opening hours had significantly changed after I'd planned everything! However my annoyance quickly disappeared when I realised most were extended by a couple hours on several nights! I wouldn't be happy if my MK hours were cut tho!

I've never done the golf or Hoop dee do review so can't comment on how good they are, but Id probably be more inclined to do AK in a bit more detail over Hoop dee doo review but that's only because I'm a big animal fan & like the trails & safari. Being an ice skater too I'd definitely be excited about skating at DHS if I could! Everything you've got planned so far sounds fab tho

What if Julia and Dad go to Hoop De Doo for a special Daddy Daughter night and you and Hope could have a leisure night at AK. You could grab a quick service at Pizzafari or Flame Tree to keep your costs down. Then you wouldn't have to loose any other ADR's. Win Win. Julia gets her dinner and you get to experience AK at night!! Sorry....this is the obnoxious micro planner in me.

Hej great that you are returning to the world! Hope there will be a TR afterwards! Loved your previous report! In the meantime enjoy your pre-feelings as much as we do! The plans sounds great! And you are there a month prior to our trip!
Share:
Facebook Twitter Reddit Pinterest Tumblr WhatsApp Email Share Link