Original Poster
I don't normally do pre-trip reports, but I need a way to get out all of my excited energy for this trip!

If you missed my last report, it's linked in my signature. The short version is: We took our 10.5 week old and she did not travel well. 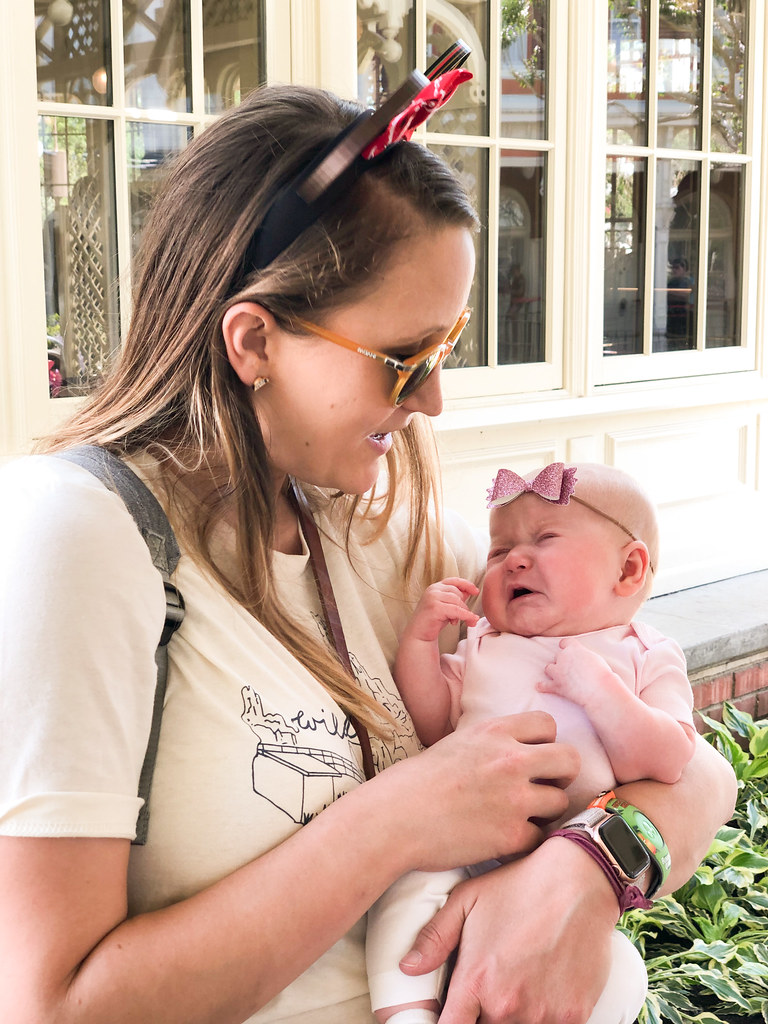 The newborn stage just straight up sucked for us, but I know that's not how it is for everyone! Now that she's 6 months, she is a darn angel. Like seriously, she's an amazing baby. She is still a home-body though, so we are taking our annual fall Disney trip sans-babychild!

My mother-in-law keeps her one day a week and my mom has been keeping her one day a week all summer, so she is very used to being with them. They are going to team up to watch her while we're gone, and I don't feel nervous at all. I know I'll miss her so much though

The only thing I am a little worried about is her sleeping overnight in a pack-n-play. I do think my mom will keep her at our house for the first few nights, so she may only have to be away from home for 2 nights. Aaaanyway, that's all just way more info than you need. Let's get to the trip!

We're calling this our redemption trip since we not only had an unhappy baby, but we all got a stomach bug. This trip HAS TO BE BETTER. Like, there's no way it won't be better. 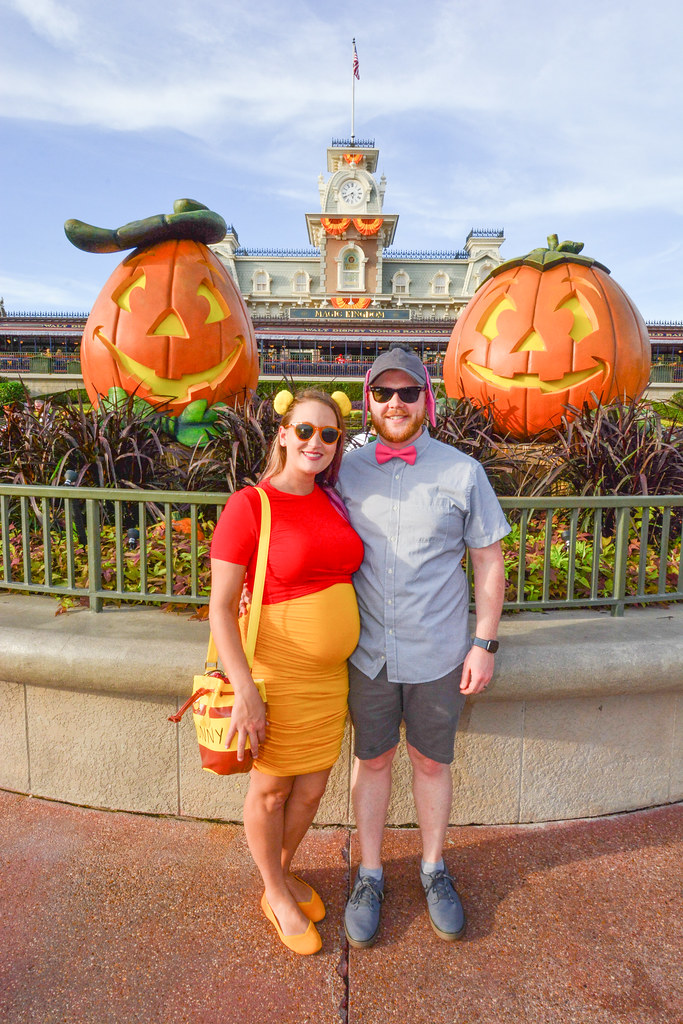 This is me and R at MNSSHP last year. We were Pooh and Eeyore since I was pooh-sized last year. We've got plans for this year, but I don't wanna give it away yet.

We're heading down a bit later than normal. R has inventory at work, which he's missed the last two years because of our trips. Unfortunately the dates for inventory aren't decided until a few months out, so we just made an educated guess, and thankfully he won't miss it this year. The week after his inventory, I have the biggest event my university does each year, and I can't miss that. So we're going two weeks later than normal! It's about halfway between our anniversary and my birthday, so I'm celebrating both

The lack of availability at resorts has me anticipating big crowds, so we're preparing ourselves. 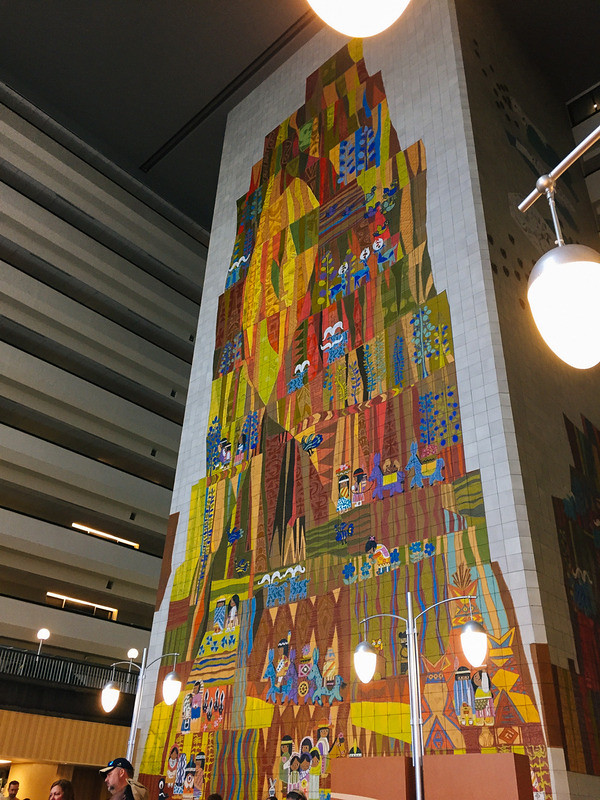 I've been wanting to stay here FOREVER and we're finally doing it. We've been to BLT, but I don't feel like that counts the same. I've put off doing this because the cost is so high, but I prepared myself and have been saving. I was able to get an AP discount last week, and while it's still a ridiculous amount, it's more manageable than rack-rate! @Doc Disney advised me that theme park view is worth it here, so we're going for it.

I have a feeling this will be a one-and-done for us because of the cost, but who knows?!

I'll post our dining reservations next. We're 89 days away and I'm so excited!

Premium Member
Advertisement
I hope your redemption trip is awesome. And so great that both grandmothers can team up to take care of your daughter.

Yay! This trip already sounds like it's on the right track and will kick your last trip in the tush! It's great that the gmas are up for taking care of LP, maybe some video calls so you guys can check in and see her squishy little face ( I

those cheeks!!)? Very excited for you!!

I'm here for this! I felt so sorry for you all your last trip so hopefully this one will get you back on track

I'm in! I hope that this trip goes much smoother than the last one did for you.

sheriffwoody said:
The only thing I am a little worried about is her sleeping overnight in a pack-n-play.
Click to expand...

I feel the same way about sleeping in the pack n play! For our October trip, we ordered a tri-fold memory foam mattress for ours. It’s not super thick but it still gives them some padding. Plus, folded up, it fit perfectly in a suitcase when we flew to Disney!

sheriffwoody said:
I have a feeling this will be a one-and-done for us because of the cost, but who knows?!
Click to expand...

MegRuss626 said:
I feel the same way about sleeping in the pack n play! For our October trip, we ordered a tri-fold memory foam mattress for ours. It’s not super thick but it still gives them some padding. Plus, folded up, it fit perfectly in a suitcase when we flew to Disney!
Click to expand...

Oh good to know!! I might get one for my MIL's house then. I'm thinking we may do a trial run for a night before we go, just to make sure she'll sleep good there. She naps ok there, but the one time they tried overnight, she cried and we ended up going to get her

That was over a month ago though. They change so fast!

Girrrrrrl. But for real. I will have to eat ramen every day to be able to do this again

They just don't have as good of discounts there! I feel like we always get better deals at the Epcot resorts and at WL.

Original Poster
Our flight is supposed to land at 6:45pm, which means we won't really have time to do anything that evening. We did book a late evening dinner at Wine Bar George though. I figured that would be the best option if we were going to do anything! Hopefully if our flight is delayed, we can cancel without consequence.

Wine Bar George - 10pm. I have a feeling we're going to be exhausted, but we're planning to sleep in (I FORGOT WHAT THAT FEELS LIKE!) the next day.

Sunday Oct 20th - Sleeping in. Omg I cannot wait! Brunch at California Grill at 12:35pm. I'm not sure how late this brunch runs, but I'm slightly worried that if we're at the tail end, the buffet part won't be as good. I guess we'll see. It better be good for the price though! Good grief this brunch is expensive. This is my splurge for our anniversary.

We're planning to do MNSSHP on this evening.

Monday Oct 21st - 5:30pm Jaleo. So pumped for this one! I've heard great things, and the menu looks amazing to us. I'm sure we'll hit up some stores in Disney Springs too.

Tuesday Oct 22nd - 5:45pm Storybook Dining at Artist Point I think we might cancel this one. I know R will be so awkward with the characters, and I think this kind of thing will be more fun to do with LP when she gets older. If we cancel, we'll just do F&W Festival booths for dinner.

Wednesday Oct 23rd - 6:05pm Citricos I can't decide if I'm excited about this one. We both chose it based on the menu, but I've heard mixed reviews. I like the idea of doing signature meals though since we'll be kidless. We will probably skip signatures when we bring her.

It'll be another month-ish before we get to make FPs, but I'll post those here when we get them. I need to figure out which parks we should do on which day. I never have a strategy for this...I just kind of wing it.

Aww...so excited for your guys! The Contemporary! You and @Doc Disney are making it sound like a "Must Do" and shinning such good light on it! Definitely moving it to the top of the Disney Bucket List.

I just know this trip has got to be better than that last, and it will be good for you to get away and have a little grown up time.

Following along! So glad you can make this trip. It's important to keep doing couple things when you have a child. Awesome that the grandmas and taking care of your sweetie.

Everything sounds wonderful! I know ya'll are going to miss the little one, but a kid free trip is sooo nice.

Sounds like my kind of trip! I hope y'all enjoy every moment.

We leave the day you arrive! I hope you and R have a fantastic time!! A theme park view room at the Contemporary is on my bucket list My hubby and I did a kid free trip when my little one was 9 months old. We missed her, but it was so nice to have that time together.

sheriffwoody said:
Sunday Oct 20th - Sleeping in. Omg I cannot wait! Brunch at California Grill at 12:35pm. I'm not sure how late this brunch runs, but I'm slightly worried that if we're at the tail end, the buffet part won't be as good. I guess we'll see. It better be good for the price though! Good grief this brunch is expensive. This is my splurge for our anniversary.
Click to expand...

When we did the CG brunch we were at our table for over two hours and were some of the last to leave, and there was still plenty of fresh food on the buffet. I think you'll love the brunch! Congrats on your redemption trip!

Premium Member
This sounds like a well-deserved/needed trip, especially after the last one. So excited to follow along.