Original Poster
The Cardinals have resigned Larry Fitzgerald to a one year deal. You have to wonder if this will be his last year. And if so, you would have to have a Rams-like turnaround to even think about him winning a Super Bowl. I don't have that confidence in their new head coach or Josh Rosen.

Original Poster
Reports say the Redskins are preparing to play the 2019 season without Alex Smith, stating that he likely could miss the entire season with his leg injury.

Well they said his leg injury is career threatening so it doesn't surprise me.

Original Poster
The Steelers are planning on placing the transition tag on Le'Veon Bell, which would give them the first right of refusal to match other offers.

That would be just an ultimate troll move by Pitt.

Original Poster
I know I'm in the minority here, but I can't stand Tony Romo as a commentator. He talks WAY too much, and he's just annoying.

Was it a little bit boring?

Amazon commercial was good. That’s about all I remember.

Yep. Wrong NFC team there. Should of been the Saints.

Original Poster
Reflecting on the 2018-19 season as a whole, this was probably the most disappointing season I've witnessed since getting invested in the NFL. I first started watching and following the league as a die-hard fan in 2008. This season was a huge failure for my favorite team, the Packers, and the post season was a dud for me. But, now we can start speculating on the draft. I love draft season!

Andrew C said:
Amazon commercial was good. That’s about all I remember.
Click to expand...

I liked the Chance the Rapper/Backstreet Boys Doritos commercial and the Sarah Michelle Gellar Olay commercial. Don’t remember the other ones. There was something with chunky milk that almost made me yak but I don’t recall what it was for.

PUSH said:
Are Super Bowl commercials even something to highlight anymore? It has to be 5 or so years since they have been consistently good. They just seem like normal commercials now.
Click to expand...

Is the super bowl itself something to highlight anymore? I can't remember the last game that was compelling outside of hoping the Patriots lose. And then you take away the commercials and the movie trailers and I just don't care anymore. Such a disappointment.

Original Poster
It's being reported that the Raiders will play their 2019 home games in San Francisco at Oracle Park, home of the San Francisco Giants. 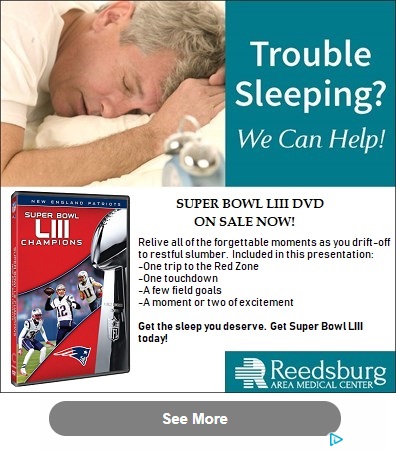 artvandelay said:
Yep. Wrong NFC team there. Should of been the Saints.
Click to expand...

longtime saints fan here. i didn’t even bother watching the game. wife & i caught up on some shows & watched a movie.
who knows what would’ve happened had the saints made it the the SB. i can say they would’ve definitely scored more than 3 points.