My Unbridled hatred for Gus, the DME Driver

Original Poster
[Warning: this is a humorous, satirical post - of course I don't really hate anyone, nor would I ever get this worked up about something so trivial. Enjoy. ]

I haven't posted a lot here in the last year or so, so I wanted to discuss the absolute worst part of a WDW trip. No, not the horrible crowds, not the Florida heat & humidity, not the over-priced everything, not the run-down state of "it's a small world," no this is something much, much worse. I'm talking about GUS, the alleged "bus driver" who gives safety spiels on the Magical Express videos.

Allow me to set the mood.

I made my 27th trip to Walt Disney World (a solo trip) over my school's spring break along with 3/4 of the population of America's middle and high school kids. (I am a middle school band director, so I am used to it.) Of course I was looking forward to doing things my own pace, going where I please, and not having to argue with anyone about how many times I want to ride Big Thunder Mountain Railroad.

My flight left at the glorious hour of 5am, and with relatively no sleep, I pushed through the 45 minute drive to the Philadelphia airport, staggered onto the parking lot shuttle, crawled my way through long security line, and had barely enough energy left to step aboard my flight. Once crammed in there like a sardine in a crushed tin box, I someone was able to fall asleep for 1hr 55 minutes, despite the fact that Frontier Airline's seats are made for Smurfs. (Even THEY would feel crammed!)

Upon arriving in the luxurious MCO, I got my second wind as I grabbed an iced coffee from Dunkin' Donuts. "This is it!" I said to myself. "Almost to the Magical Express!" I walked to the B-Level. All too familiar with the process, I scanned my AP-decorated MagicBand, walked to the front of the line, and got right on the bus. It wasn't even 8:30 yet! I got a seat up front, cranked up the AC, and slurped away on my coffee. "Oh boy," I said out loud. I had my whole day planned out - Magic Kingdom morning for the big three mountains, take an afternoon nap at the resort by the pool, have dinner at Epcot, back to MK for MSEP at midnight, then a late-night beer in the hotel room....this was gonna be great! After a crazy couple of weeks at work and a busy Easter weekend, this was finally MY time! Absolutely NOTHING could possibly stop me now!

And that's when it happened.

The DME Video fired up. "Oh my gosh, no," I muttered under my breath. "Not this." The camera zoomed in from outer space on a map of the USA. "Please, Lord, don't put me through this," I begged the higher power. Tinker Bell flew atop Cindy's castle. "ENJOY THE SHOW," the screen mockingly said to me, in that awful Walt Disney font that only looks good when it says "Walt Disney."

"Welcome to DMETV," said the cute blonde lady named Carissa. For a moment, I was relieved. "Ok, she's not as bad as I remember," I thought to myself. She droned on about how special I was, how great WDW is, how to turn on my air conditioning, and how cast members are hard at work preparing me for the TIME OF MY LIFE. "Maybe I can get through this," I thought.

Then his obnoxious phony grin appeared on screen, dressed up in his bus driver costume. Gus. My mortal enemy. I growled with anger, and clenched my fists. He spoke: "ATTENTION EVERYONE, I'M YOUR MOTOR COACH DRIVER, GUS." The last thing this guy ever will be is a DME bus driver. What a crock of garbage. This man is the worst thing in the world. Already I was filled with rage and I wanted to tear apart the place.

Gus continued to mock everything he could. "I'm one of the multi-talented individuals who pilot this magnificent fleet of motor coaches." Thanks for micro-agressing every single bus driver, and mocking their talents, you oaf. First off, almost every single one of my DME drivers has always been a really nice dude. Most have had a cool foreign accent, and ALL of them smile and welcome me aboard - none of them talk about how talented they are! You're a FRAUD, Gus! Secondly, none of them have ever MOCKED the fact that they are a bus driver. Third of all, where the heck did he get that hat? I have never once seen a DME driver wear a hat! THIS IS MADNESS!

He goes off about how safe I need to be on the bus. Then he mocks ME: "Do you really want to kick off your trip by stumbling on the bus?" I wanted to roar with anger! "YOU DO NOT TELL ME WHAT TO DO," I screamed in my head. Then he raises his eyebrows and gives me the "disappointed parent" look. I couldn't believe this guy! Who does he think he is?!

Gus blabbered on about not getting up, staying behind the driver's seat, not falling down, etc. What kind of idiot does this guy take me for? Then he really crosses the line. In the middle of him gabbing on and on about emergencies and death or whatever, he stops the program to tell ME to look for the nearest exit. "You aren't the boss of me," I said out loud. Gus then ACTUALLY STOPS, and pulls a middle school teacher line on me: "Go ahead, I'll wait." With his curled up bottom lip, eyes that say "I'm so bored by your idiocy" and hands folded in front of him, this man has single handedly destroyed my will to live. He is making a mockery of me, and everyone on the bus!! "CURSE YOU, GUS!," I shouted in my head. "THIS IS WHERE I DRAW THE LINE. I SWEAR TO WALT, IF YOU TELL ME ONE MORE THING TO DO, I'M LEAPING OUT THE EMERGENCY EXIT [which I did NOT look around to find] AND HITCHING A RIDE!"

"Are we ready to move on?" he asks. I cannot take it anymore at this point. My blood is boiling. Who treats guests like this? Who asks such demeaning and ridiculous questions!?!? He goes on to talk about fires on the bus and how to use an extinguisher, how to dial 9-1-1, and even shows a video of a guy pretending to call 9-1-1 on his iPhone. Great. Just what I needed to see! THANKS FOR THAT, GUS.

Just when I thought I couldn't take it anymore, the cute lady comes back on. My rage has been contained. At long last, now I can listen to her tell me important things. Can't wait to see the hype clips about the three mountains in MK! Or to see a wide angle shot of SpaceShip Earth! Hey, I wonder if Fantasmic! is playing every night this week! Will there be a preview of Rivers of Light? Man, I haven't been on the safari in AK in a long time! What will she tell me??

"Here's how to use your MagicBand to make FastPass+ reservations, even from home."

Next time grab a cab. Sorry but, while satirical...DME TV is still not good....Especially the hostess...I am okay with "Gus" as he's an Adventurers Club Alumn..

I'll stick with the original..Thank you..

I do have to agree; the old DME video was MUCH better. I find "Gus" annoying as well. He's on one of the souvenir movies about Epcot as Professor Si N. Tific, and he was annoying in that as well.

Cmdr_Crimson said:
Sorry but, while satirical...DME TV is still not good....Especially the hostess...I am okay with "Gus" as he's an Adventurers Club Alumn..

I'll stick with the original..Thank you..

Thanks for actually noticing I was satirizing the whole thing. I agree, DME TV really does suck. Originally I just wrote a rant about how much I can't stand the whole video, but thought it would be funnier to just lambast against Gus, who is probably the least offensive part of the entire crock of crap that is DME TV. I really don't like him though, nor do I like Carissa. She's such a phony.

Thanks for those amazing photos. And yes, the original is FARRR superior.

rodserling27 said:
Thanks for actually noticing I was satirizing the whole thing. I agree, DME TV really does suck. Originally I just wrote a rant about how much I can't stand the whole video, but thought it would be funnier to just lambast against Gus, who is probably the least offensive part of the entire crock of crap that is DME TV. I really don't like him though, nor do I like Carissa. She's such a phony.

Thanks for those amazing photos. And yes, the original is FARRR superior.
Click to expand...

Yeah..Apparently the hostess is a Dietitian....http://www.carissabealert.com/about-me/
No wonder I wanted to eat some really fatty food while I was at Disney..

Eh, at least the cheesy Disney Blogs stuff before the video starts is somewhat entertaining (If not a big annoying, but not Gus level annoying.)

Cmdr_Crimson said:
Yeah..Apparently the hostess is a Dietitian....http://www.carissabealert.com/about-me/
No wonder I wanted to eat some really fatty food while I was at Disney..
Click to expand...

After reading her bio, it looks like her "day job" would be doing tv gigs and her side job is the registered dietician. Working in healthcare, I can honestly say I don't know anyone who has a "headshot" for their job

The goal of DMETV is to annoy you so much at the start of your vacation that long lines, loud tour groups, and strollers to the heels feel quite manageable by comparison.

Disco Yeti said:
The goal of DMETV is to annoy you so much at the start of your vacation that long lines, loud tour groups, and strollers to the heels feel quite manageable by comparison.
Click to expand... 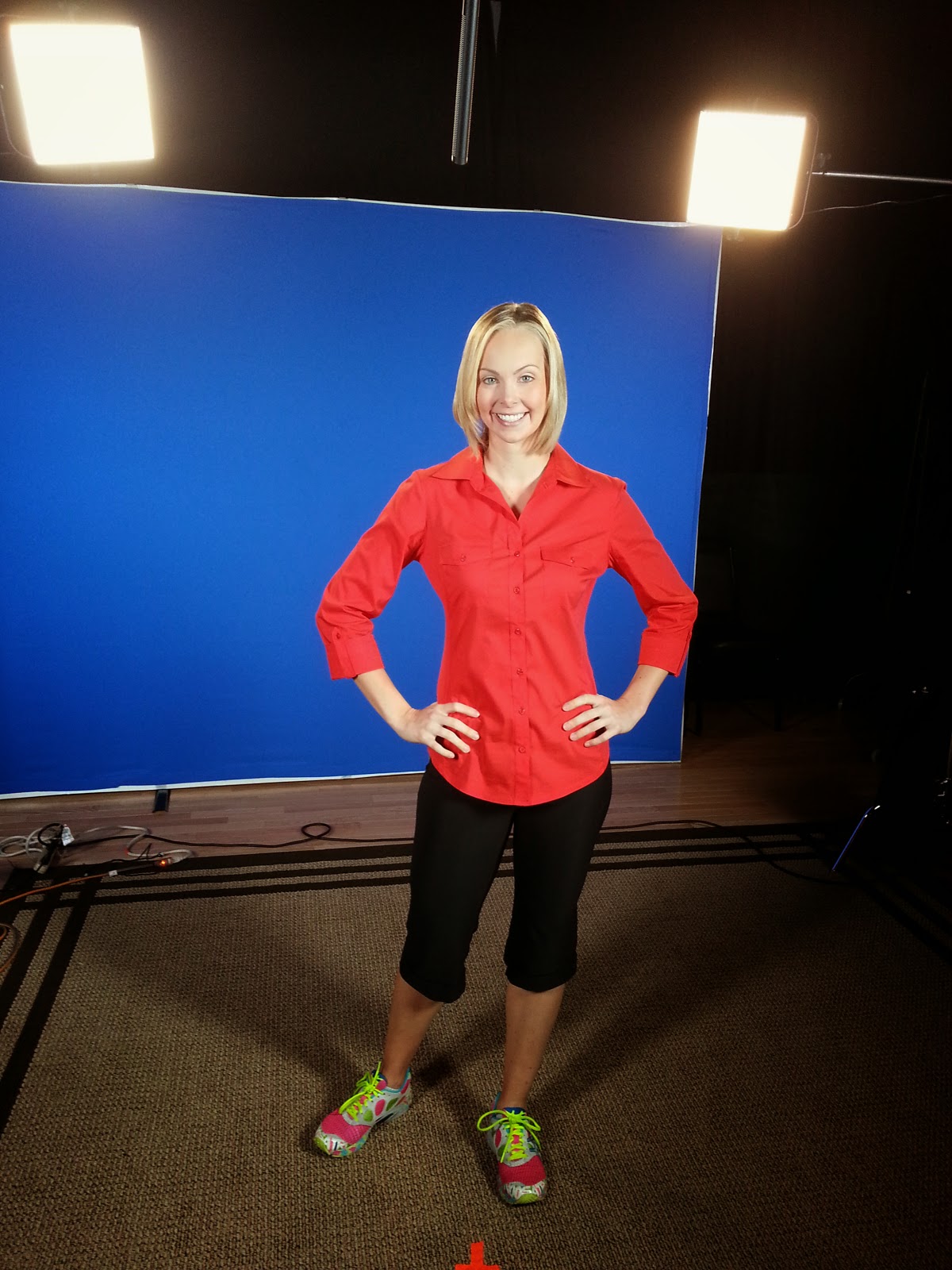 ALL THE LIEEEEEEEEEEEEEEES!
...but I'm going to Disney, everything is a lie.

Original Poster
@Cmdr_Crimson AHHHAHHAHAH, you gotta stop with the Carissa photos, you are killing me!!!