Figured I'd write up a report for our trip last month. Sorry if this got a little long. The really tldr; version is that we had a good time
We were last there in 2017. Would have been back sooner if not for COVID. We'll likely be back in 2026.

Stayed at the Boardwalk. Great location. Six total in the party: myself, my wife, our two kids, my sister, and my mom. Genie Plus for the whole trip (we thankfully added it when it was something you can add for your entire stay).


Tuesday - Epcot (just for dinner)
Flew into Tampa Bay. For those who haven't done this, the drive from the Tampa airport isn't that bad (60-90 min based on traffic), and the airport itself is great. Really quick to get from the plane to the rental car. No shuttles, just a tram ride or two.

Got to the hotel, dropped off our bags, and went into Epcot.

Dinner: Fireworks reservations at the Rose and Crown

Positives: Good seats and service at the Rose and Crown. Food and drinks were fine.

Negatives: The Harmonious barges are kind of a blight. Didn't think they'd bother me, but they really do. Hope they go away. Feels like Epcot should feature something with swarms of drones.

I still really enjoy Galaxy's Edge. Being in there at night, especially if it starts to get a little empty, can be kind of special.

Lunch: Sci-Fi Dine-in
Nicely themed restaurant, but the food is just okay. Wish they would actually show longer mini-movies or something, instead of just the loop of video snippets.

Positives: Oga's was absolutely great. Our waiter was absolutely excellent and the drinks were tasty. The snacks were fun too. Can't recommend it enough. Our waiter had a bunch of Star Wars "Dad jokes" that he would trick you into playing along with. Gave him a 50% tip and I think that may have already included a 20% tip so he made good money, but I don't feel bad about it at all.

Creating Lightsabers was ridiculously expensive, but the cast members doing it did a great job. Our son got some special needling, with the cast member picking up on the fact that he was definitely not a fan of the rebels, and playfully chiding him during the entire experience. It's hard to say that made the ~$700 we spent on three lightsabers worth it, but it kind of did. Seeing your kid have a really special experience is kind of priceless.

Negatives: Didn't get to ride Slinky Dog. Maintenance all day. Also Hollywood Studios really needs more sit down restaurants. A Star Wars restaurant would print them so much money, it's nuts that it doesn't exist yet.


Thursday - Epcot
Has always been my favorite park. I do pine for the day of when Epcot was weird, but some of the new stuff is really fun. Guardians was an absolute blast. We ended up going on it three times on our vacation. Really a great time.

My kids love how much Mission Space: Orange bothers me, so I got to do that again...

Lunch: San Angel
Nice food, nice setting. Got the expensive Margarita with the bubble (sorry, forget the name) and it was fun.

Dinner: Space 220
Really fun theming. My kids really enjoyed the restaurant and one of them remarked that it was a highlight of the trip. Decent drinks and food. We got stuck off to the side a little bit which made a couple of the seats really suboptimal (I took the worst). Overly expensive.

Negatives:
We waited all the way through Remy's line and then it broke down. Could have been worse, but it seems like it's a minimum 30 minute down time. We always seem to go during Food & Wine expo, which makes parts of the park an absolute pain to navigate through.

Positives: Great park, but surprisingly busy during the day considering it was a party day. Evening we were able to hit up a lot of the rides with minimal wait.

Negatives: One kid was overwhelmed and had to be taken back pretty early on in the evening.


Saturday - Animal Kingdom + Epcot
Did the Safari which was much more enjoyable than I imagined. Had a great guide. Finally got to ride Flight of Passage (it was a 5 hour or so wait when we were there in 2017) and it was a great time.

Went back into Epcot for another go at Guardians and then we finally got onto Remy's.

Lunch: Yak & Yeti
Great food, but man some of the chairs there were downright uncomfortable. Nice vibe.

Positives:
Really enjoy Everest. I also really enjoy the line, especially when it goes through the museum parts. I almost wish I could spend more time in there to examine the exhibits Flight of Passage was really great.

Negatives:
Still can't imagine spending more than half a day there. Hopefully they expand it out some more.

Overall positive thoughts:
Still a very special place. We had been there last in 2017, when our kids were 6 and 8, and I was wondering if it would be magical again for an 11 and 13 year old and it still was. We'll be back again in 4 years.

Overall negative thoughts:
We definitely should have scheduled a day off in the middle. I know everyone says that, but it's hard to spend almost $1500 on rooms for a day of doing "nothing", but we really should have.

Maintenance is clearly a big, big issue. All day long _major_ rides were going up and down at all the parks. It was kind of nuts. ROTR, Rock 'n Roller Coaster, Test Track, Remy's, Frozen, Slinky Dog, Space Mountain, etc etc etc.

With parties of six gratuities are included, which is totally fine. It's just that a lot of restaurants the waiters seemed to purposefully hide the receipt that shows that under all the other long/extra receipts. They'd fold up all the receipt and then just put the top receipt out nicely for you to sign. It just showed a total and a line for tip. I know I tipped ~40% multiple times.

The restaurant reservation system is also kind of clunky. Multiple times we checked in for our reservation on the app, then 5-10 minutes later checked in with the actual people, and it was clear that we were not showing up as checked in.

Finally... it's still stupidly expensive. We easily spent $15k+ for the six of us with hotels, tickets, experiences, and food (not including flights + rental car).
Last edited: Nov 23, 2022
Click to expand...

Great detailed report - any pics of the parks and/or your family that you are willing to share??

Thanks for sharing. Your observations are spot on.

amjt660 said:
Great detailed report - any pics of the parks and/or your family that you are willing to share??

Sure, yeah. Kind of a random assortment:

I always forget how nice and quiet it is behind Canada at night. 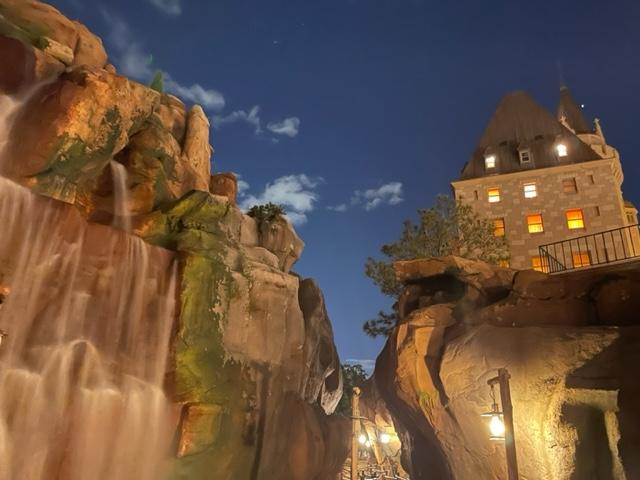 The fancy margarita with a bubble of foam over the top. The waiter is holding the machine that does the bubble/foaming and he was having a heck of a time with it. With the flashing ice cube that Disney loves to use. 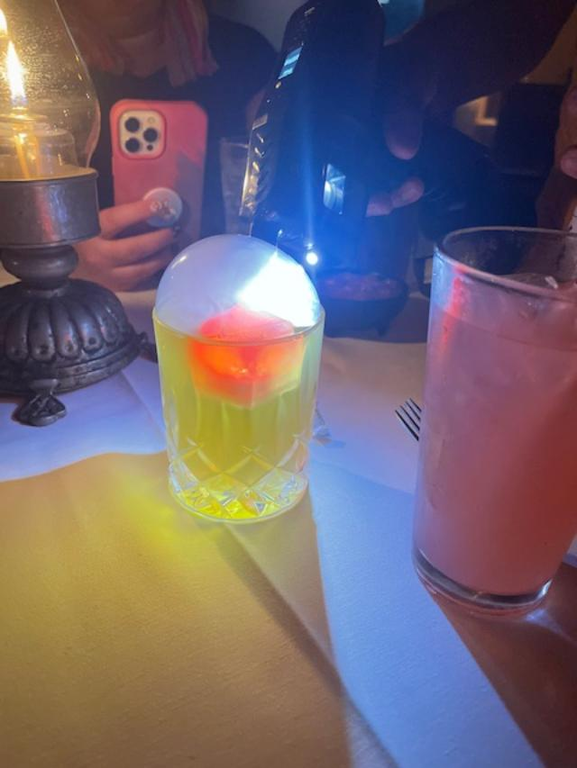 Some of the cocktails we got at Oga's 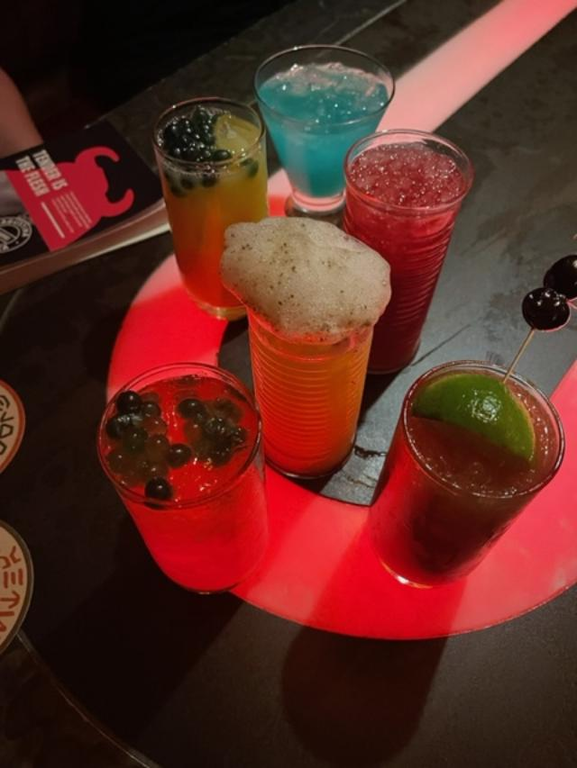 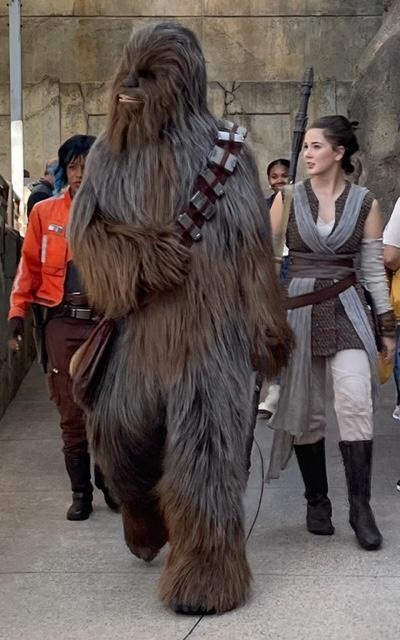 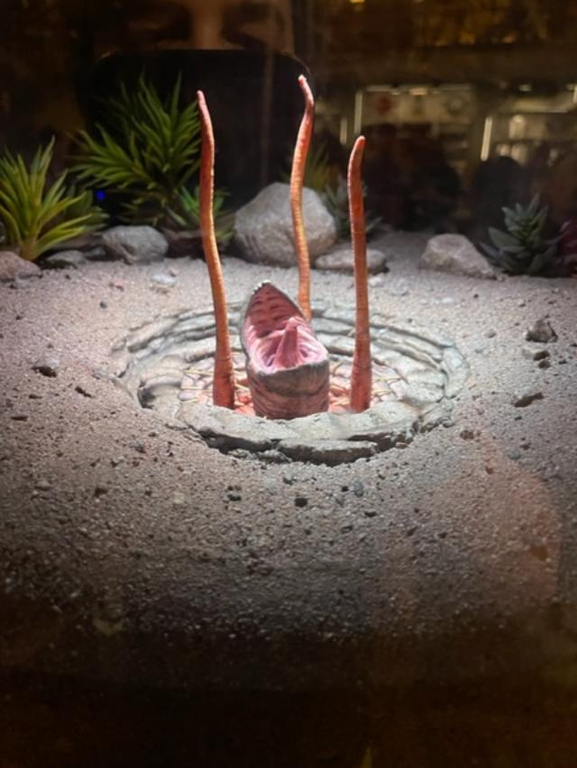 The ceiling of the Tower of Terror hotel lobby. Not enough people look up. 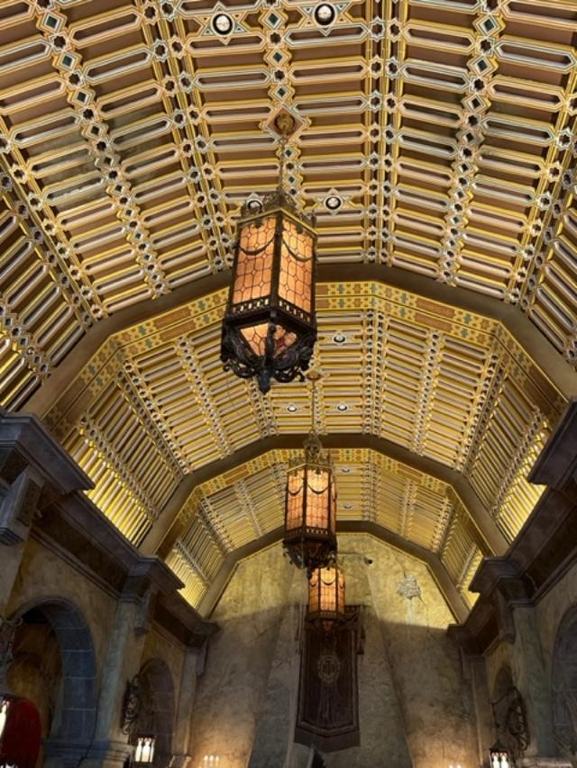 strictfoo said:
I always forget how nice and quiet it is behind Canada at night.
Click to expand...

Speaking from experience it is nice and quiet most of the time in Canada.....