In 2010, RCID put out a ten year plan document called "Comprehensive Plan 2020" which became effective October 7, 2010. It's a pleasant 563 page read. Besides the crushing minutiae of city (and theme park and resort) planning, there are a few interesting maps. I've 'scraped' most of them and posted them below. Click here for the Comprehensive Plan in .pdf format.

The import of the maps is to show where Disney is likely or not likely to build. The important part is noting the conservation lands. They are tagged as 'unsuitable' for building, but that really means 'difficult,' because WDW can build on it if they buy (much more) wetlands elsewhere and dedicate it to conservation and then deal with having to build on what is usually swampy land in a 100 year flood plain. This means draining the land, building new ponds and canals nearby, and building it up with tons of dirt. This is what just happened for the new parking area of Hollywood Studios. [Sink holes are another issue that can hinder building on any type of land... I know of no map indicating where the sinkholes are.]

One other note for future building is checking out the "open spaces" map. The Plan mentions that they have a self-imposed goal of setting aside "open space / mixed use" land. That would be golf courses, camp grounds, parks, beach fronts, and any place where there aren't a lot of (tall) buildings and a high density of people. This means that the Plan presumes that the future of WDW is building more higher density facilities in areas meant for development rather than developing those open spaces. So, that's probably why we're seeing a Coronado and a Riviera tower. The future of new resorts will most likely not be the low sprawling buildings we've become accustomed to, but higher density towers.

Each map is in its own post below. If they cause loading problems, I'll switch them to thumbnails. 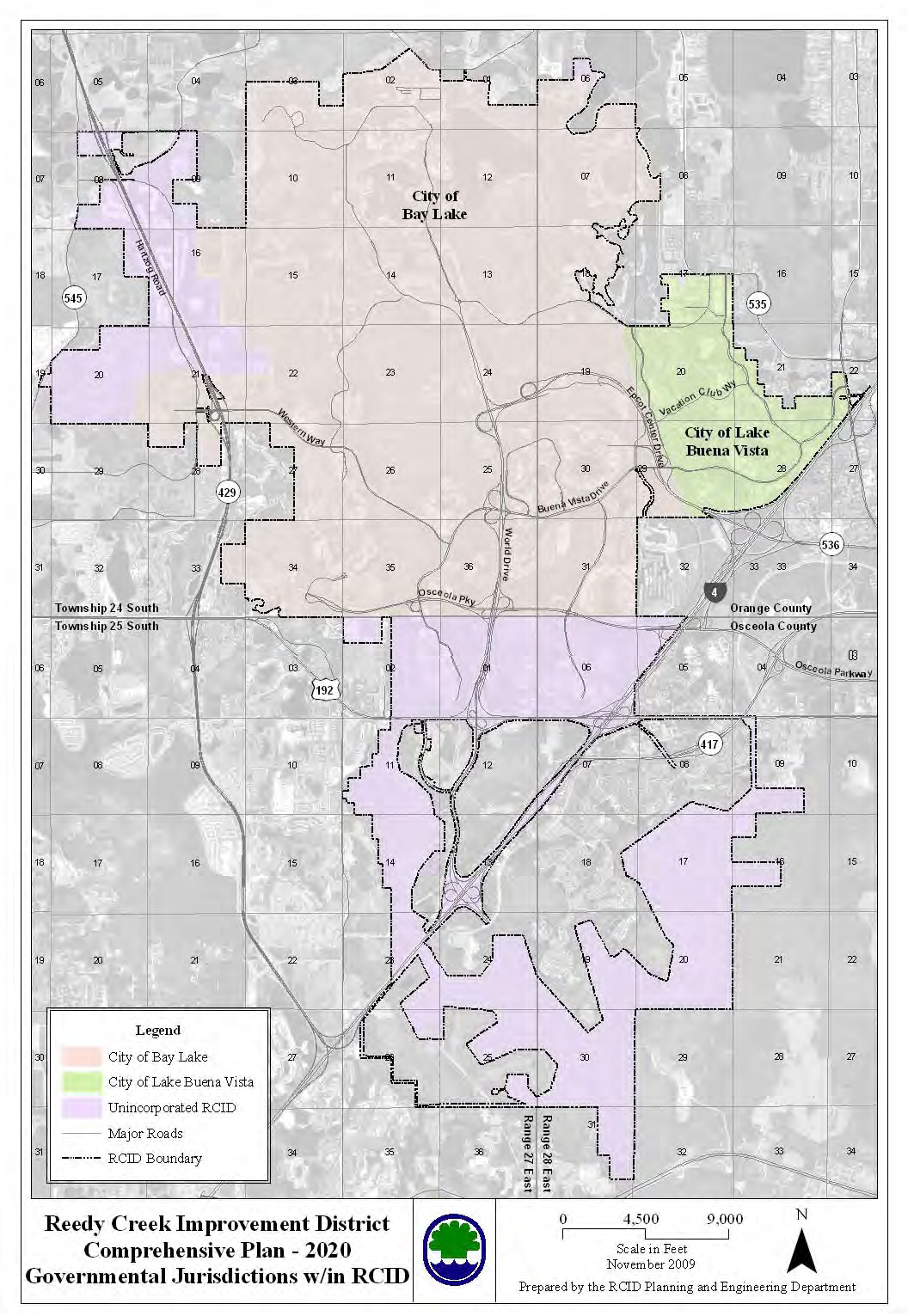 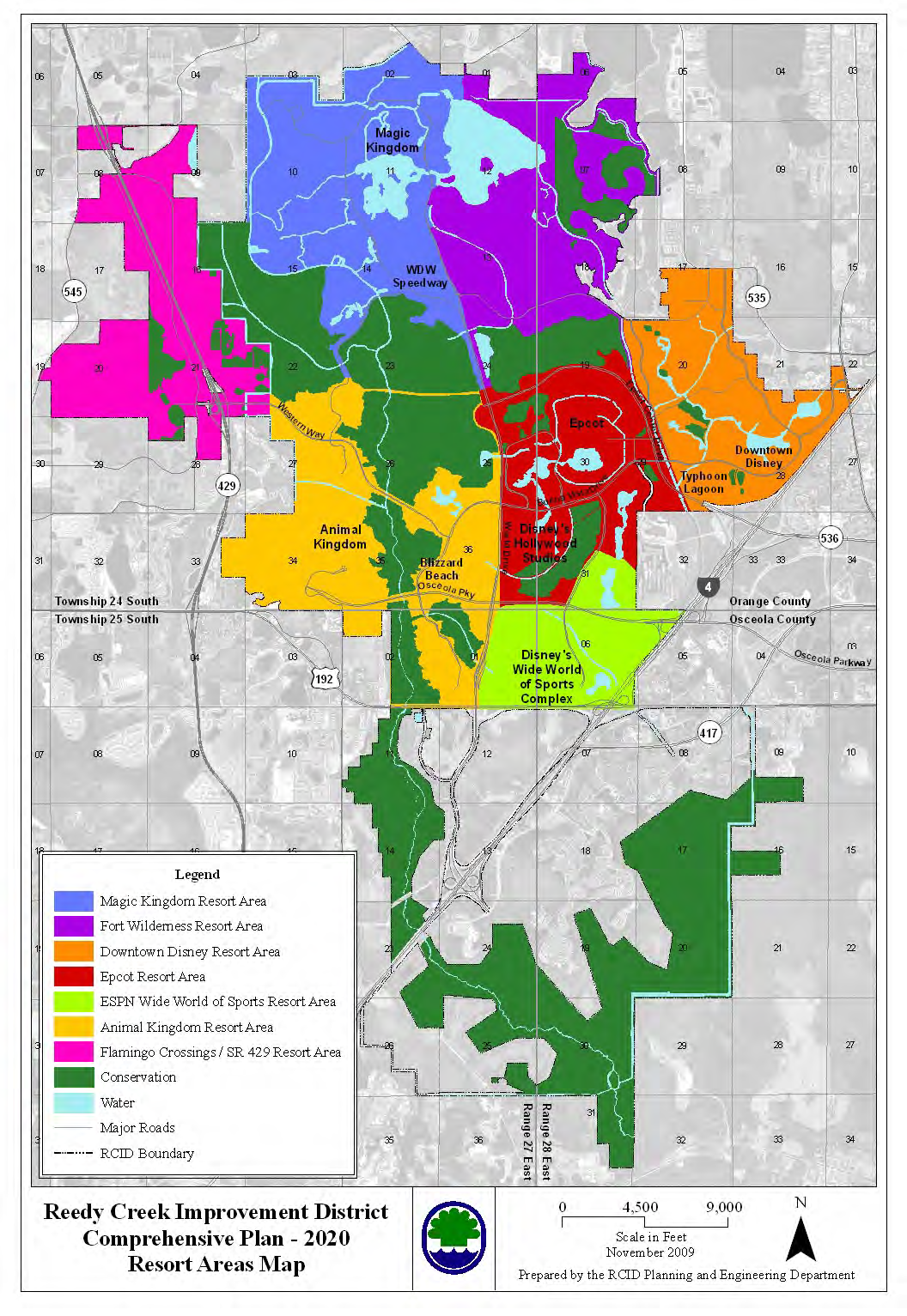 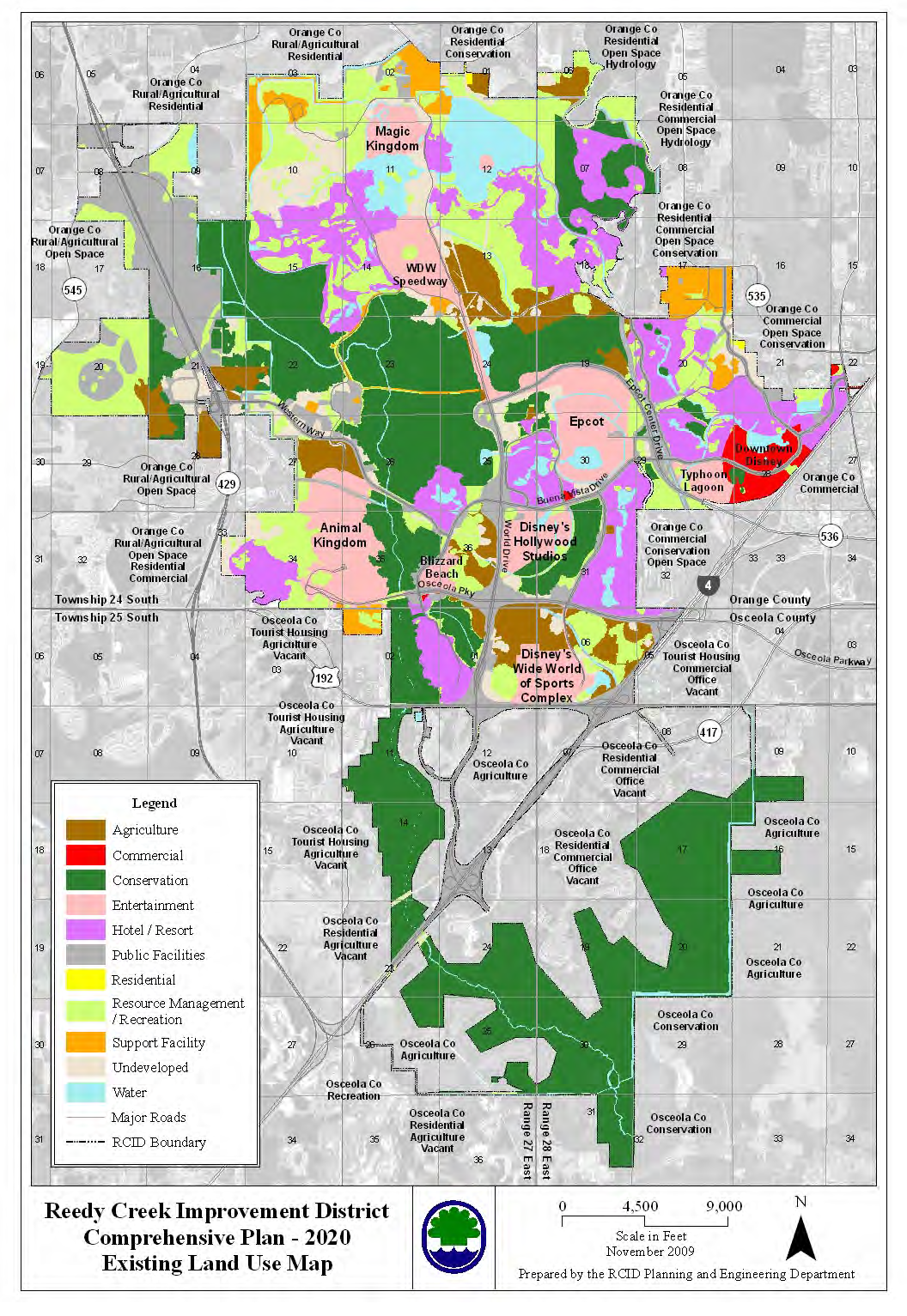 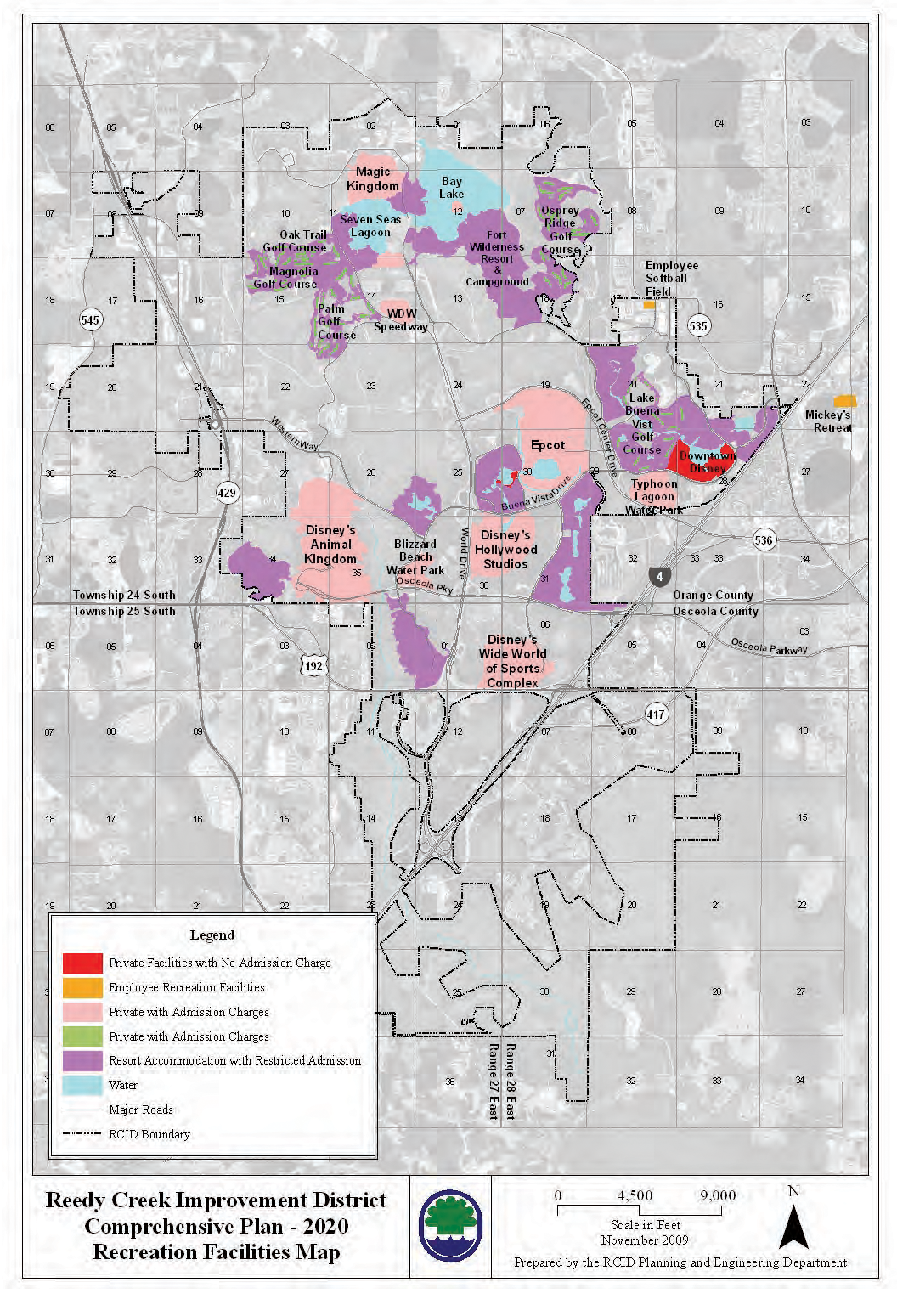 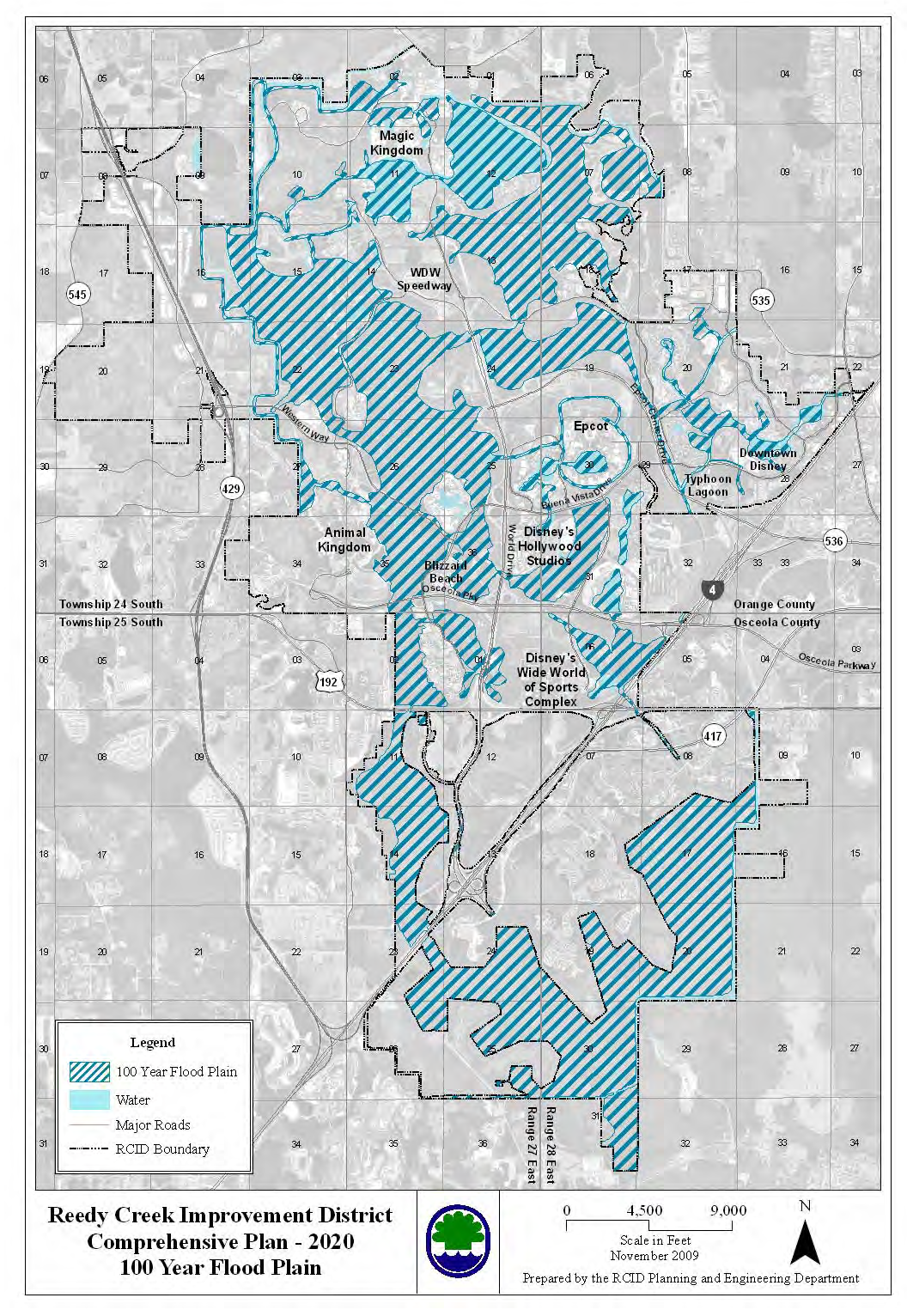 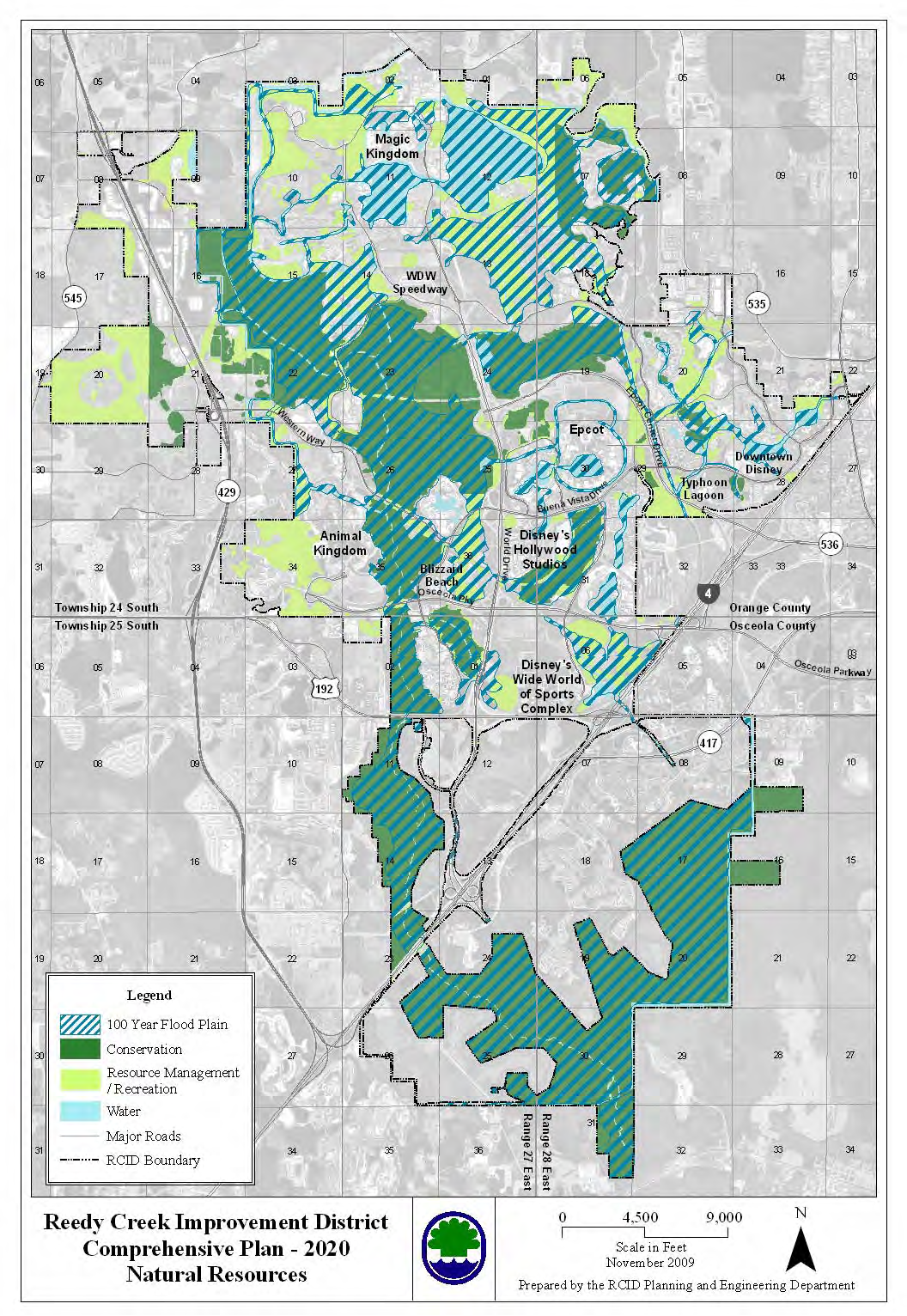 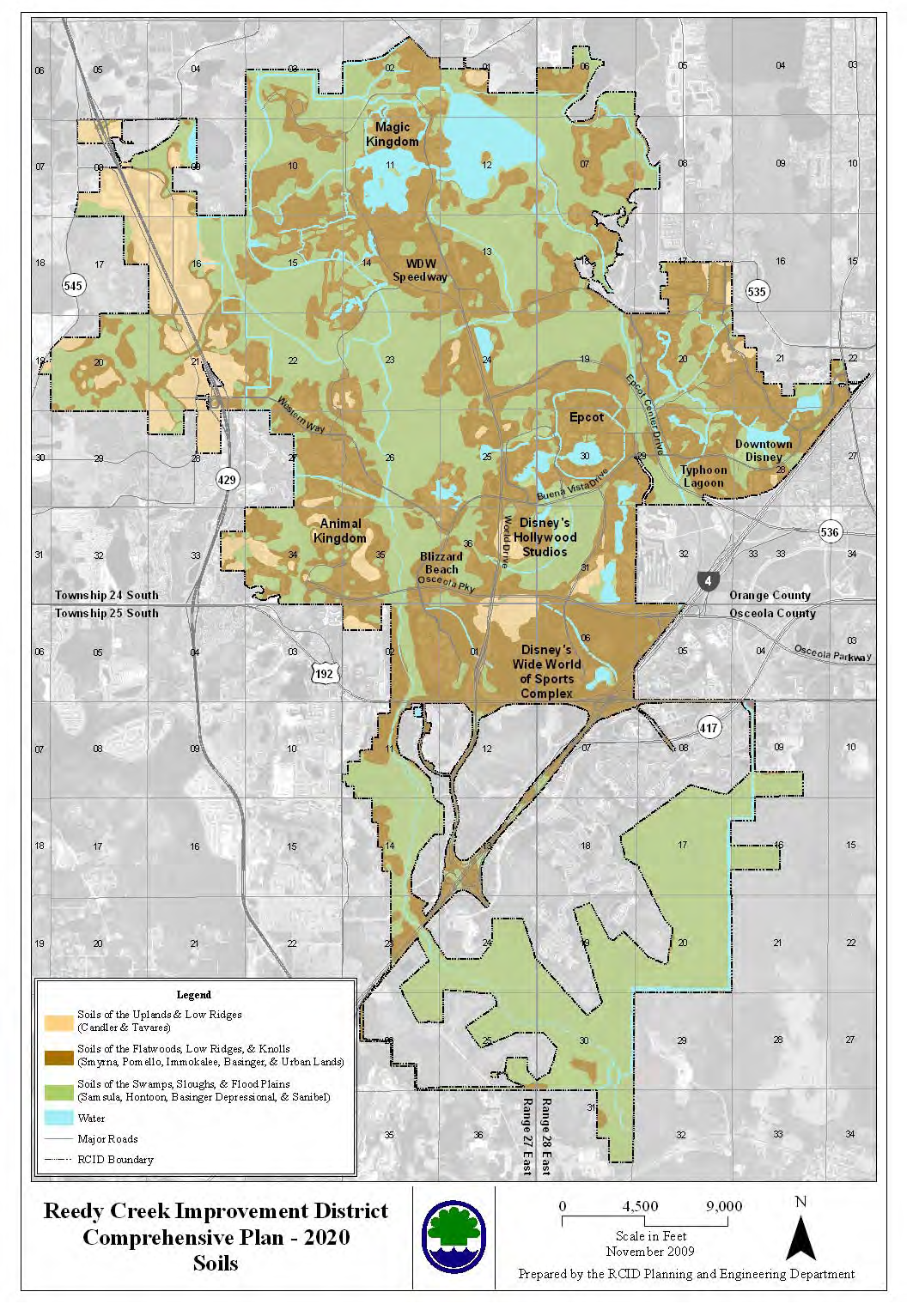 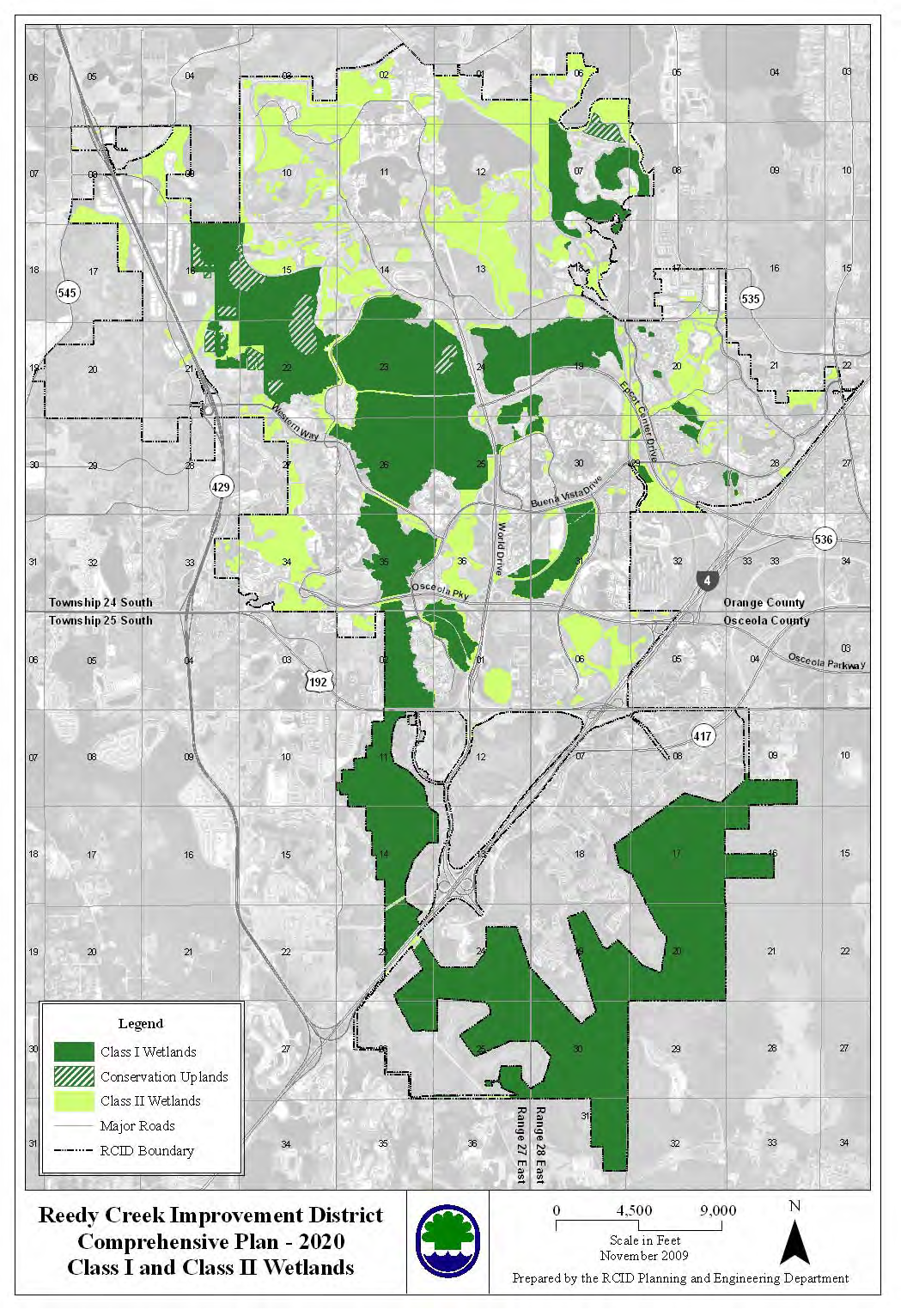 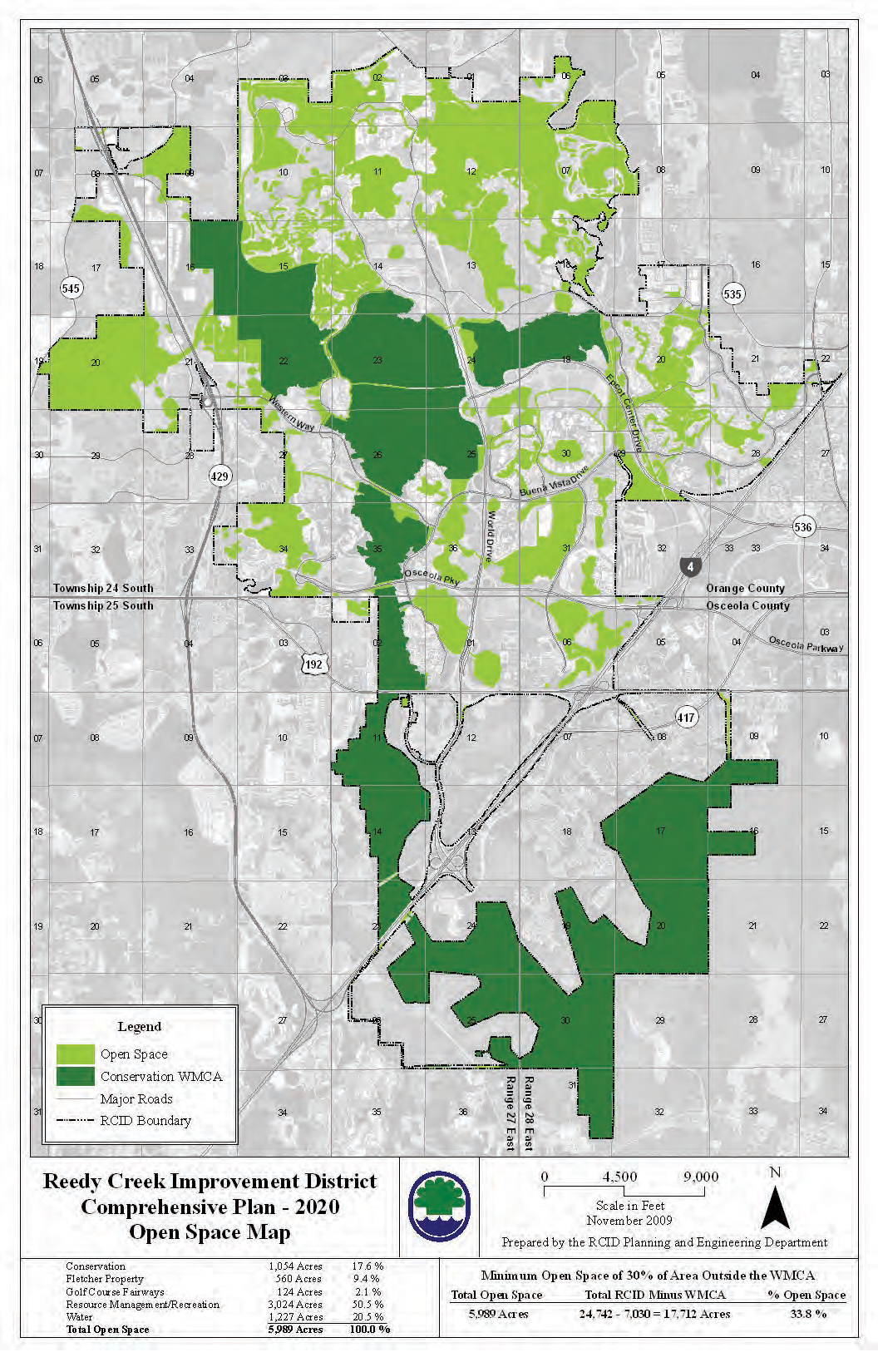 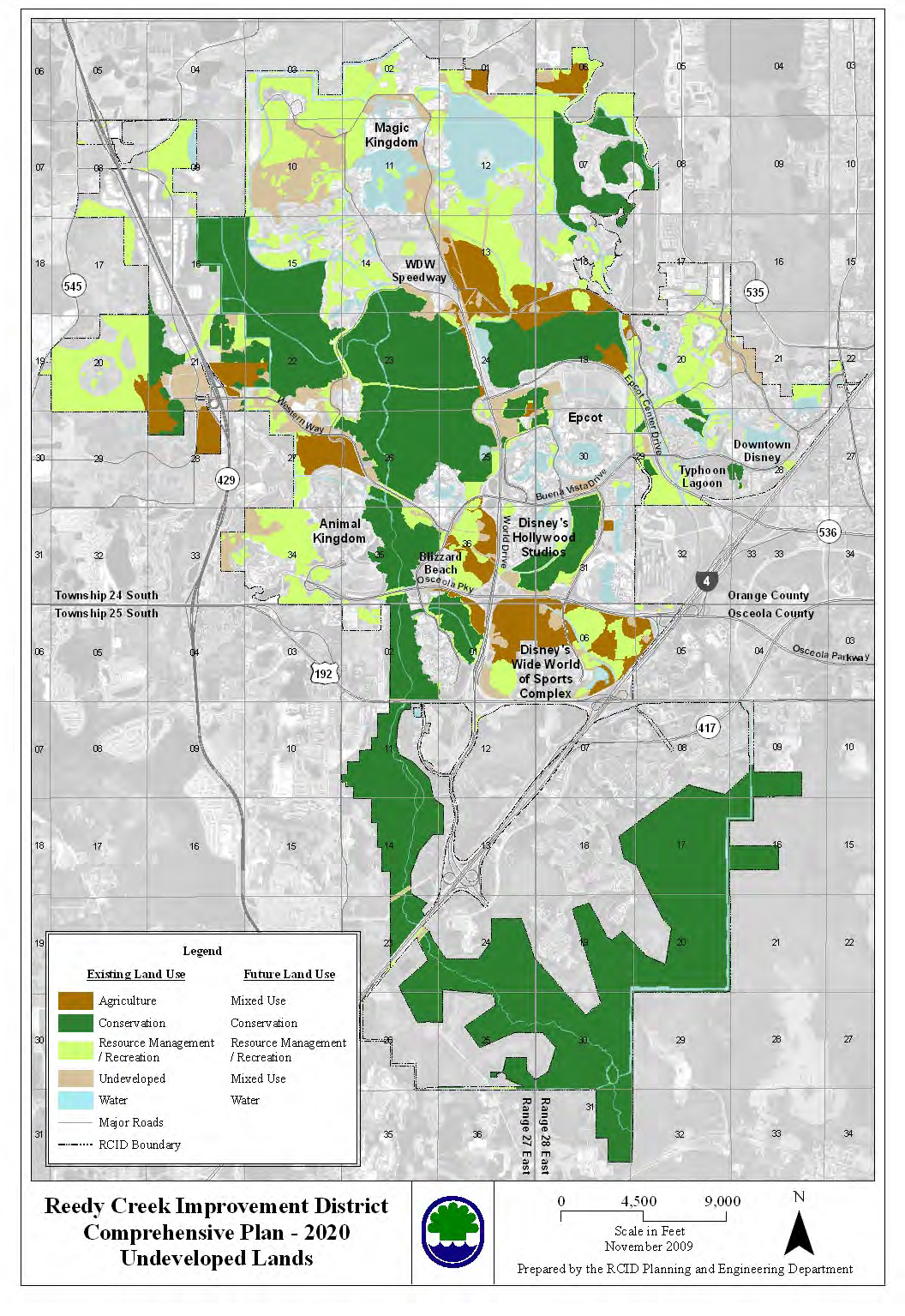 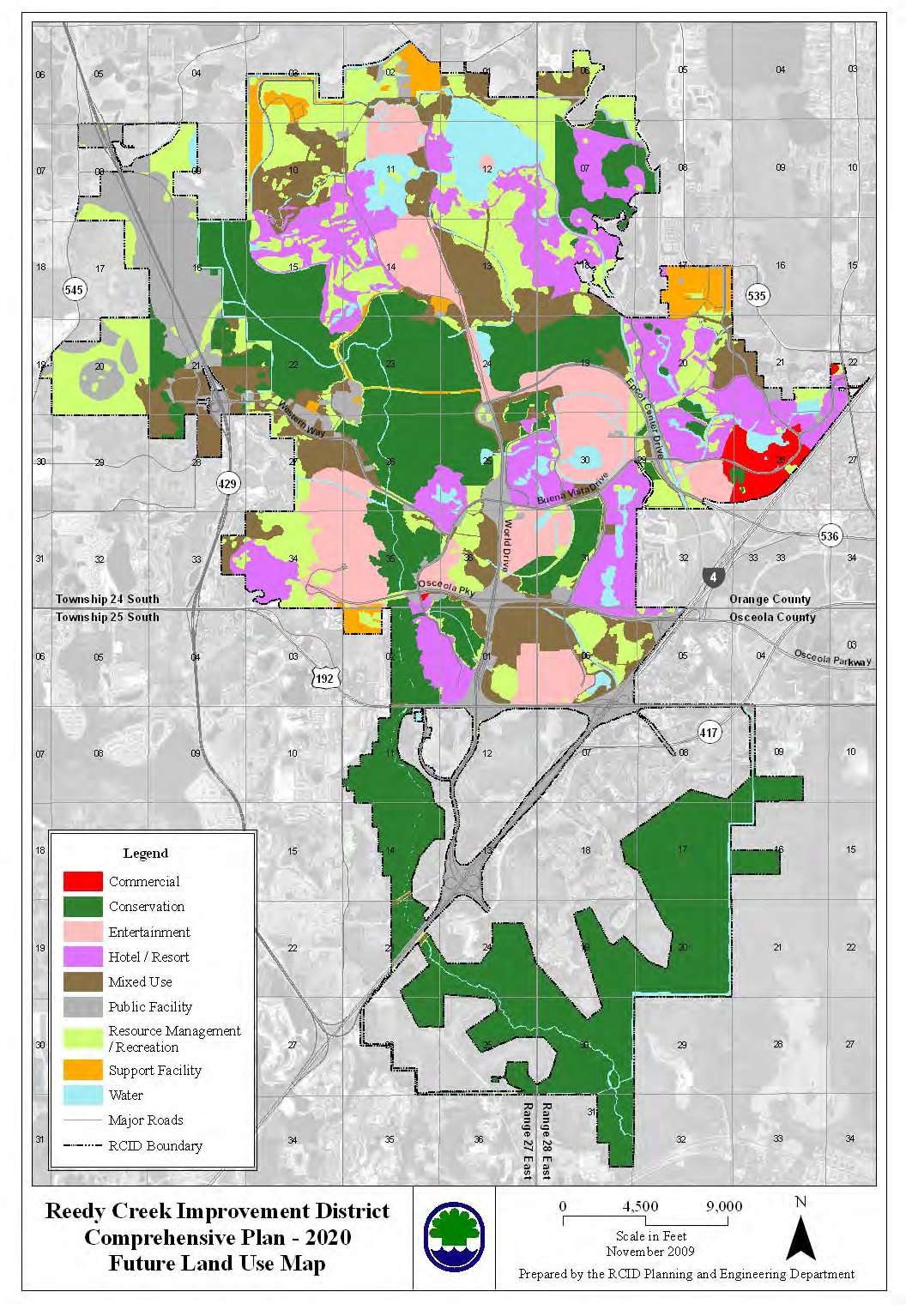 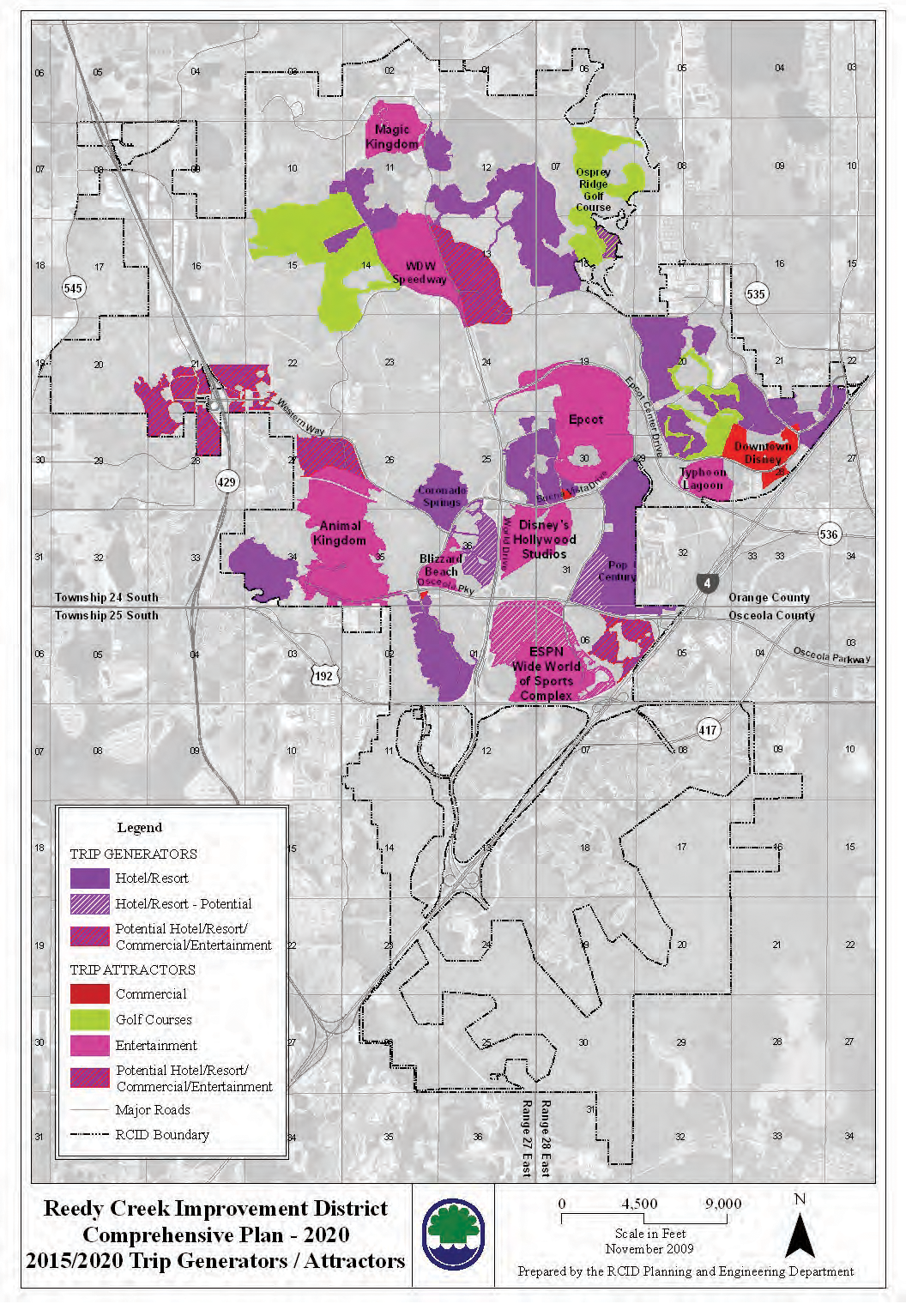 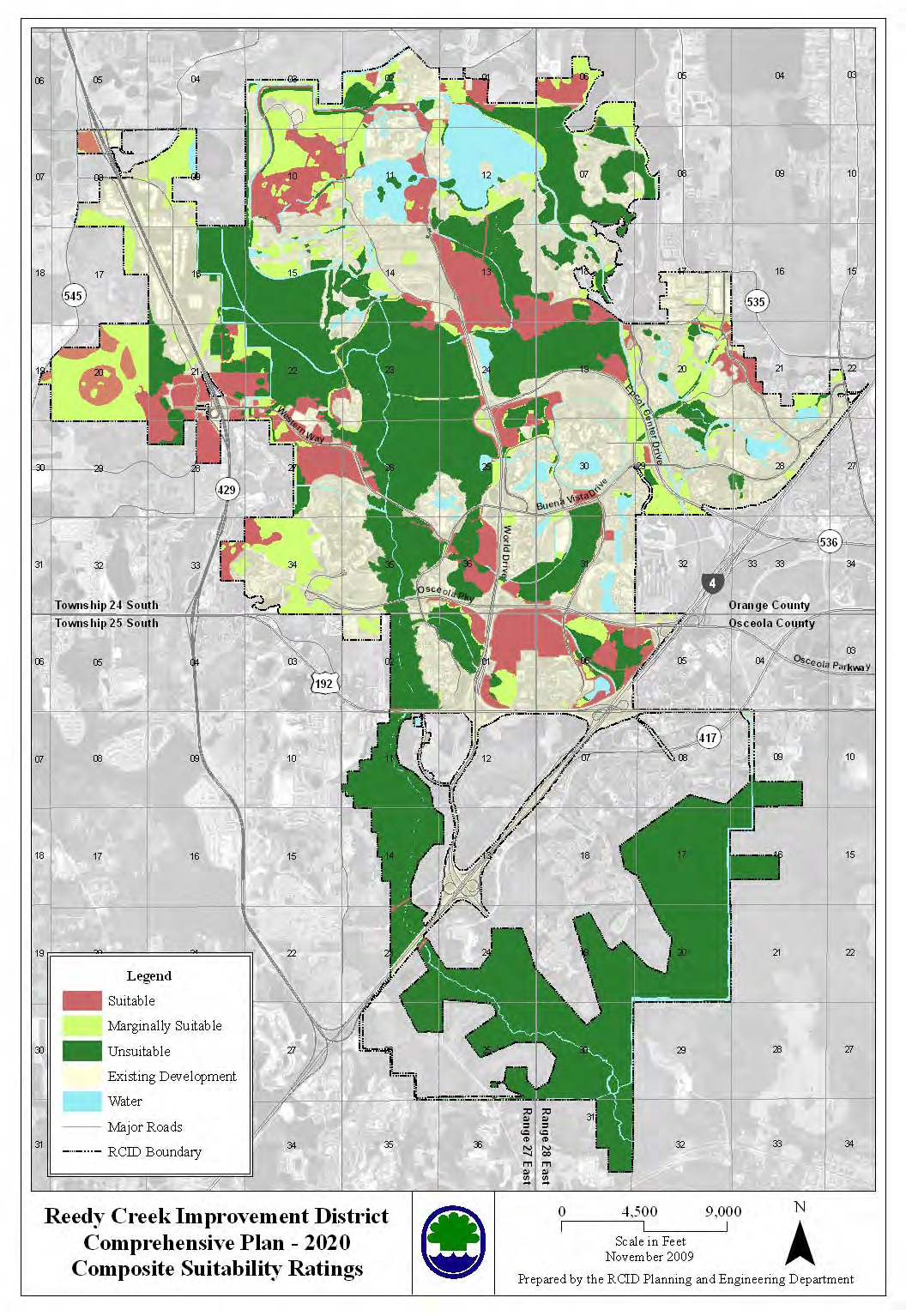