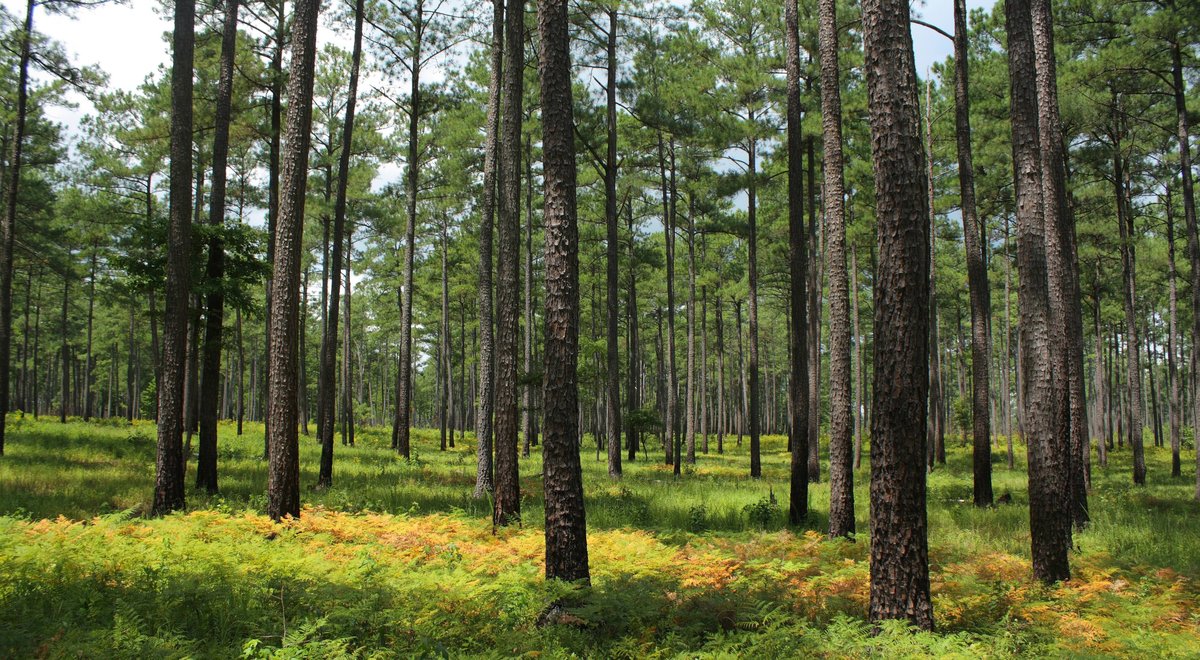 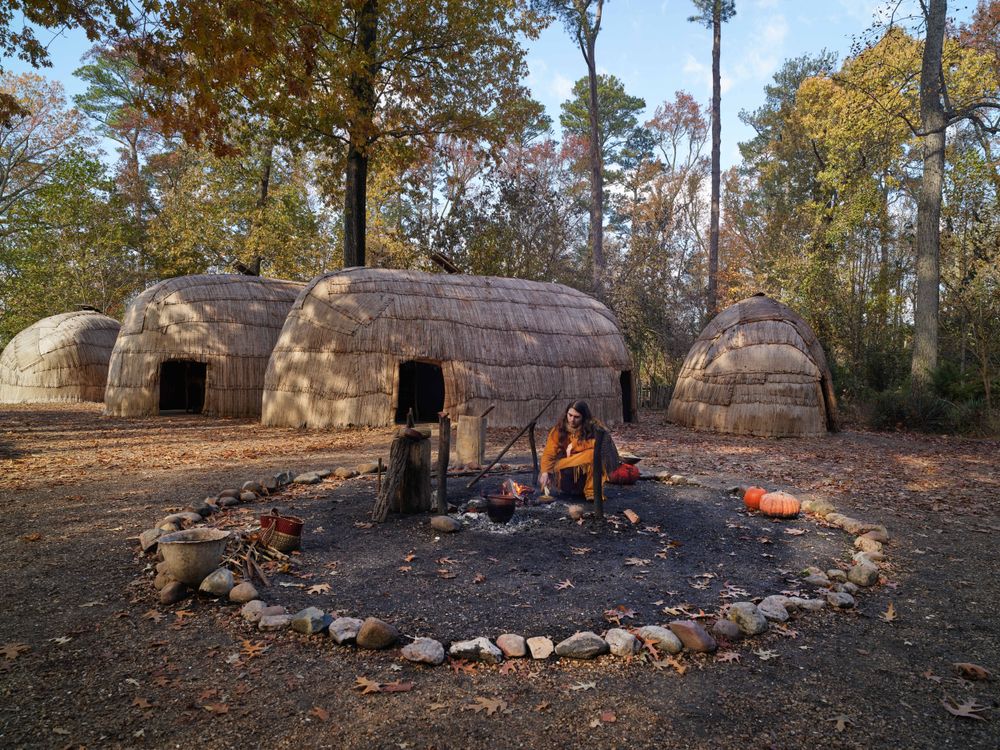 The land to the right of the new frontierland expansion will be reservation land. This is themed to the land set aside for the Native Americans who lived in the Virginia region of the 13 original colonies. And will feature native princess Pocahontas of course from her self titled film. It’s kind of a further extension of Frontierland because it will be set in the same time period and will have it’s own villa section at the nearby Old West Resort. 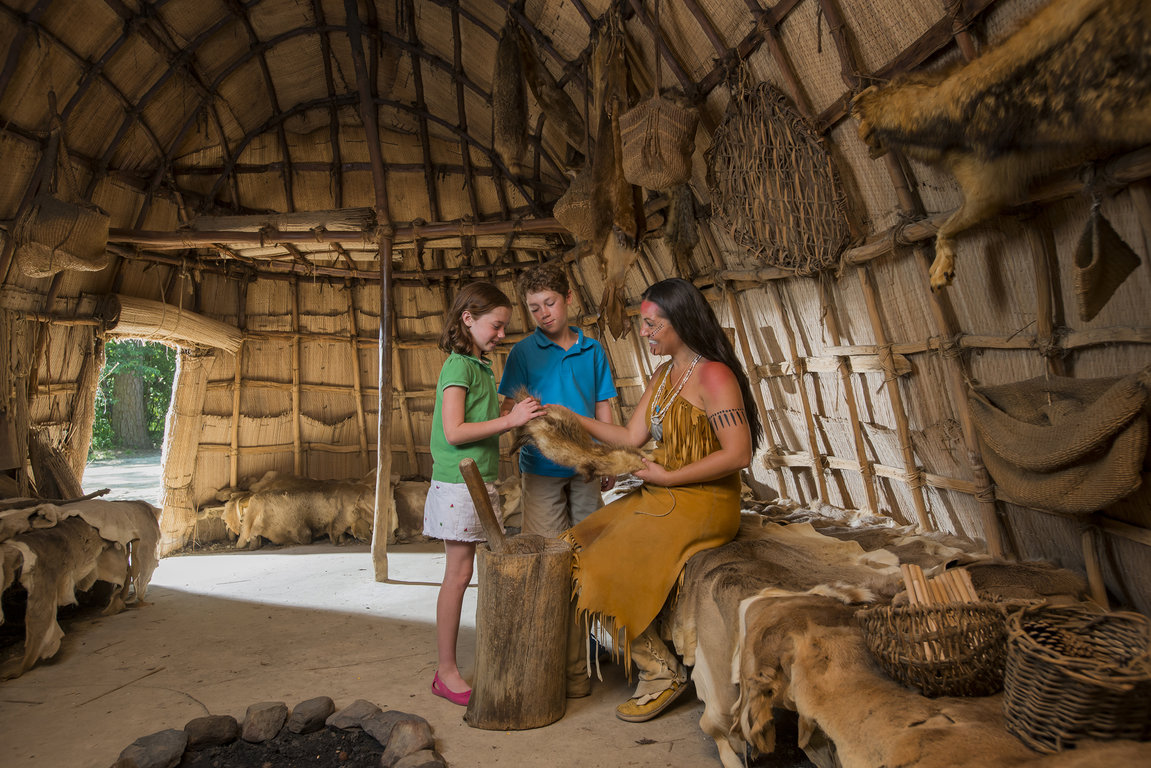 Pocahontas
----- (meet and greet, similar to other princess' versions)
----- (It takes place inside of pocahontas’ native home. Pocahontas and sometimes other characters from the film will appear to greet visitors.) 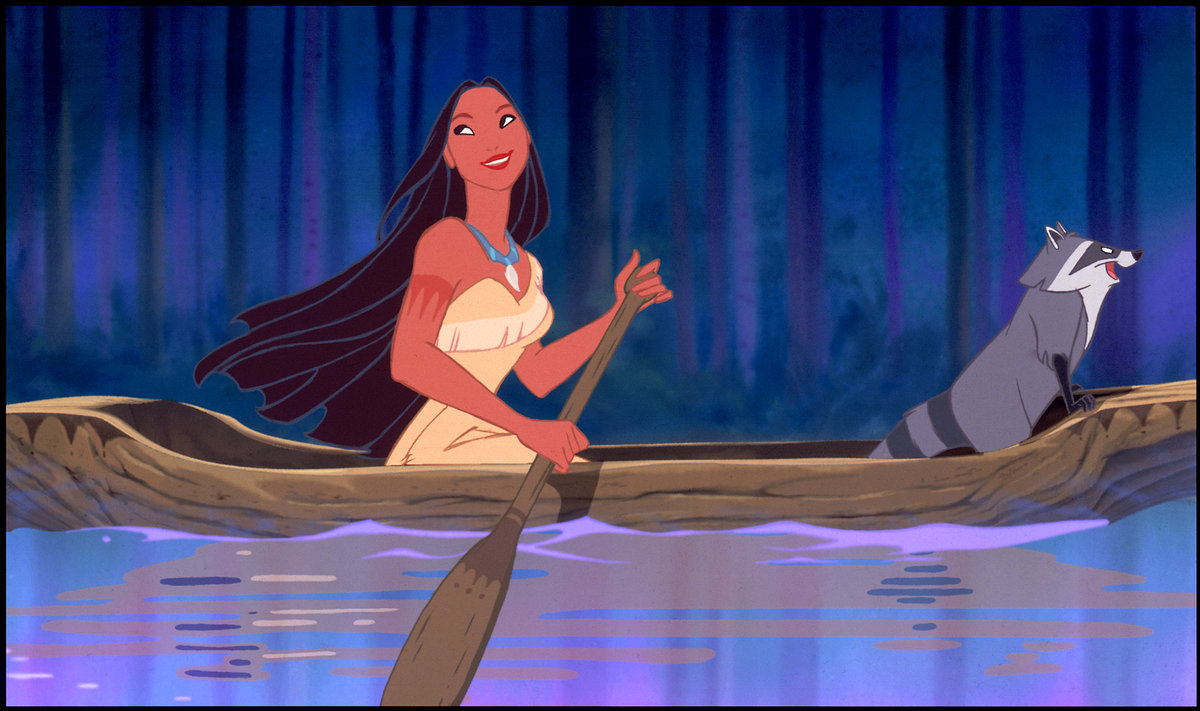 Pocahontas: Color of the Wind
----- (boat ride, similar to frozen ever after)
----- (The attraction features some of the great music from the film like “Color of the Wind”. It portrays the plight of the natives, who were the first to lived in America. And it tells the love story between Pocahontas and John Smith the way it was in the film. Which blossomed despite the tumultuous circumstances both characters were going through.) 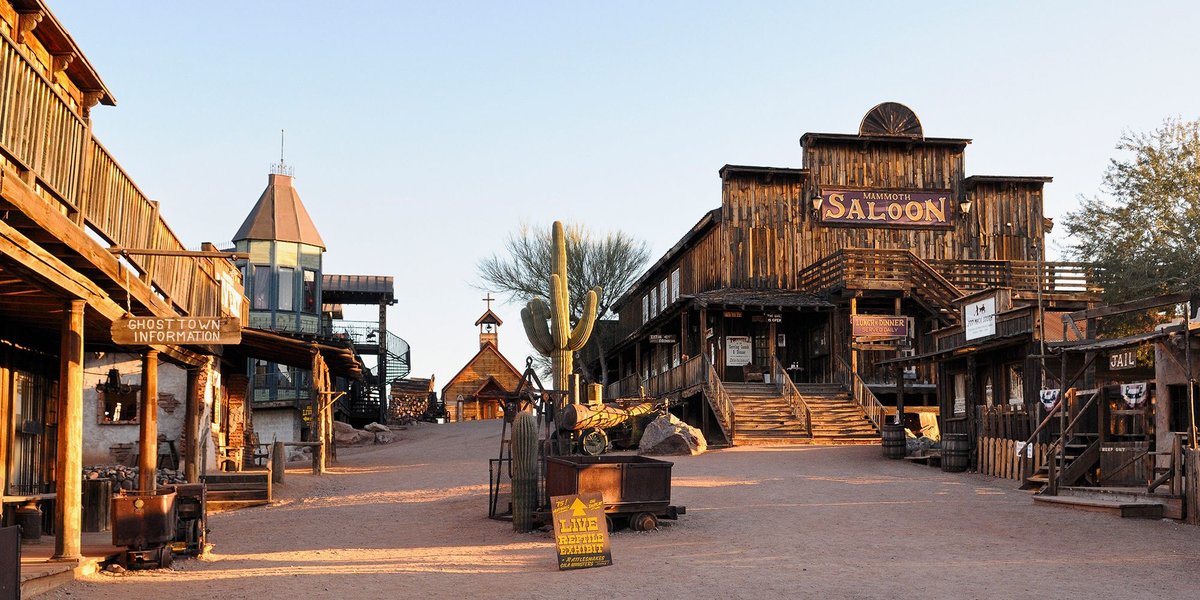 Tom Sawyer Island would be rethemed to a haunted island centering around familiar specters. The two ghostly figures will each reside in their own sections both of which are separated by a red and white covered bridge. All of the pathways throughout the island look like dirt roads. But there appearances are definitely deceiving, they are actually quite smooth for strollers and wheelchairs. 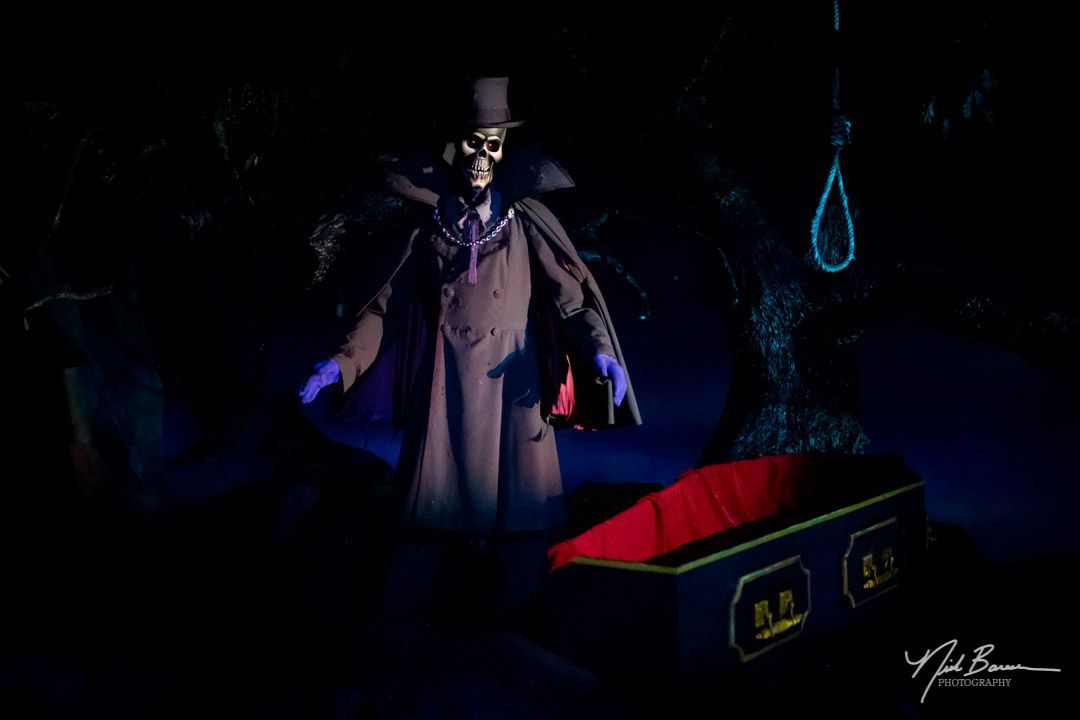 Phantom Mountain
----- (bobsled rollercoaster, similar to matterhorn in disneyland)
----- (In an abandoned mountain range area where the townsfolk don’t tread lies the infamous mountain. The mine collapsed in 1885 killing anyone who was working there. But the phantom is so evil he won’t let anyone get off of a day of work… even if they are dead. The ride is a combination of both The Phantom Manor and the Matterhorn. And it filled to the brim with not only ghosts of humans, but also canaries, horses and goats too.) 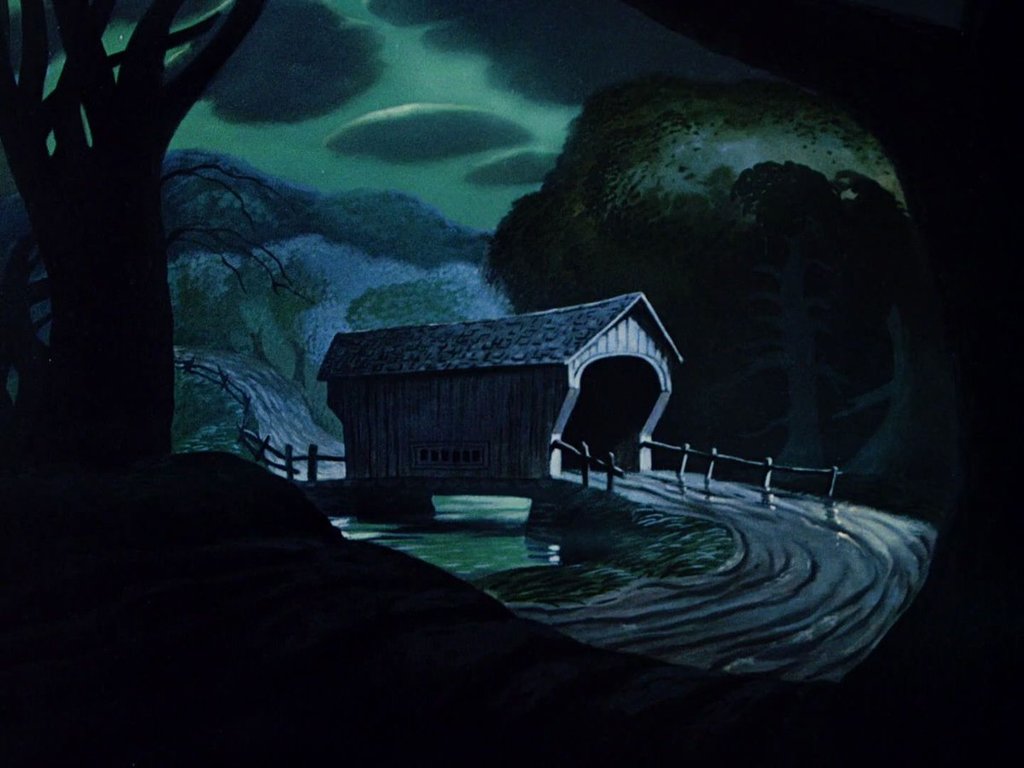 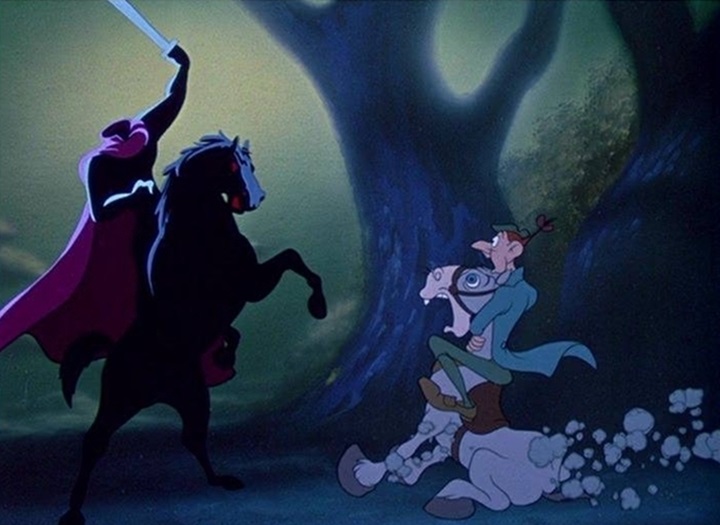 The Legend of Sleepy Hollow
----- (dark ride, similar to snow white’s scary adventure)
----- (In the dark forest and farm areas lays the little town of Sleepy Hollow. Where they work and farm, and farm and work and occasionally party. The vehicles in this attraction are different than the usual “run of the mill” vehicles. These ones would look like poor Ichabod Crane’s horse, so it is more like a carousel horse than a seat. If someone can’t sit on the horse though they can take a hay carriage.)

Ye Olde Schnooker and Schnappes
----- (quick service, which specializes in different pies.)
----- (Much like the ones used to woo Ichabod Crane in the Legend of Sleepy Hollow. Maybe if went with someone else he wouldn't have met the horseman.)

Van Tassel’s Pumpkin Barn
----- (walk up, which specializes in pumpkin flavored items.)
----- (Home to what was almost Ichabod’s wife. Her riches to him were just as enticing as her beauty was. But old horseman put in end to that one really swiftly.)
Last edited: Jun 15, 2022 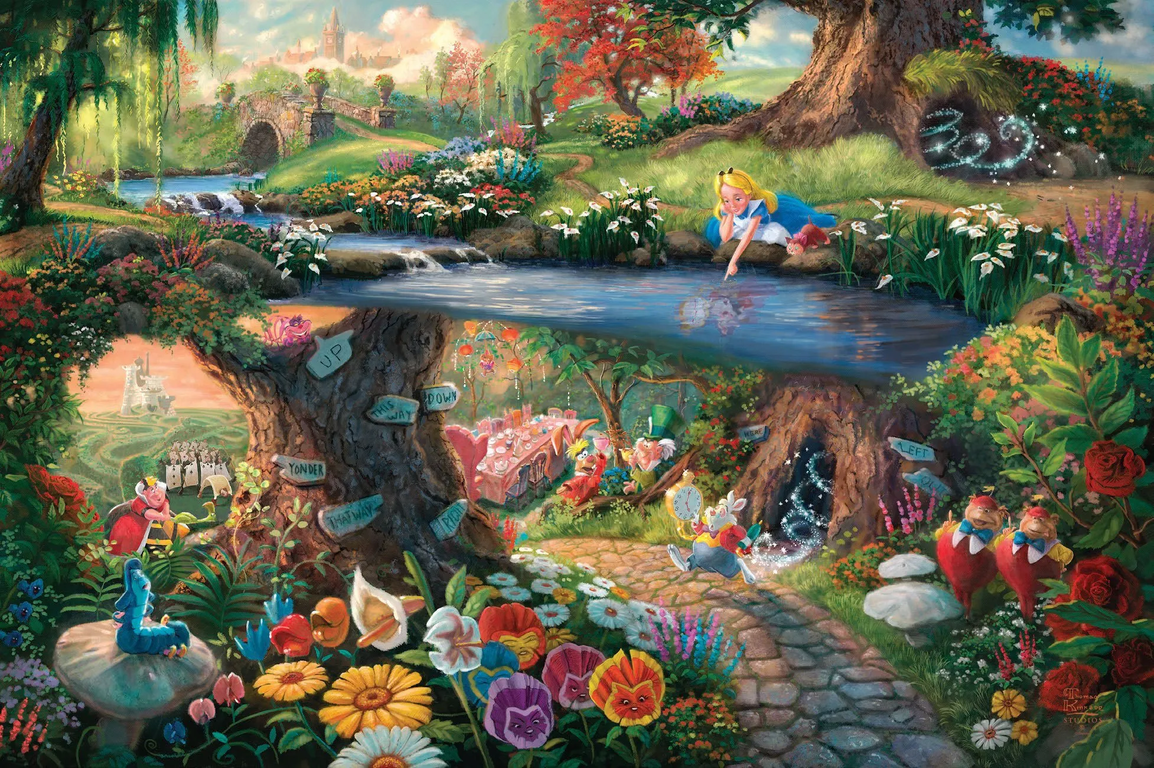 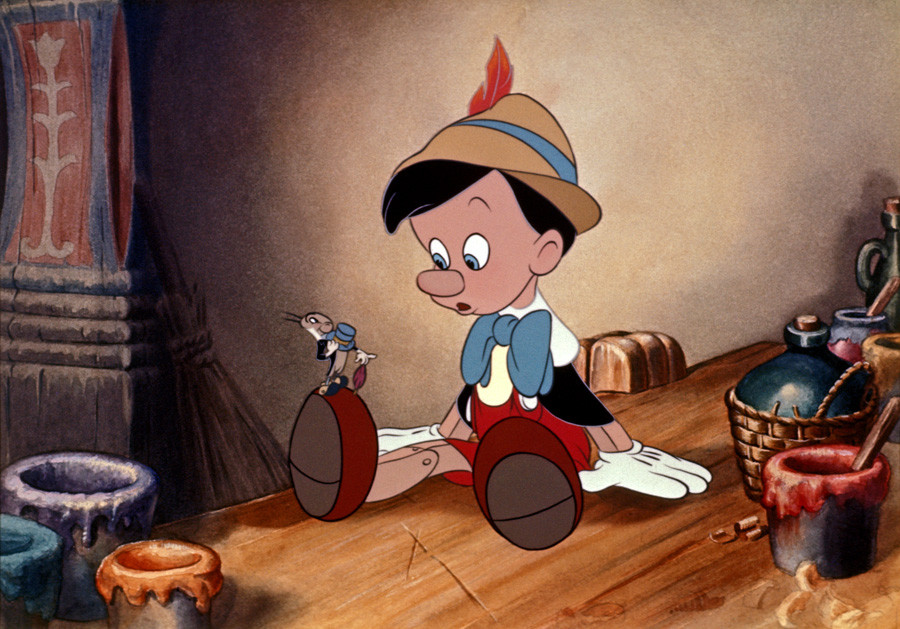 Pinocchio
----- (dark ride, similar to disneyland's version)
----- (Next to Pinocchio Village Haus quick service lies the tale of the little wooden boy. The attraction plays out just like the movie, ending a little differently with an escape from Monstro the Whale.) 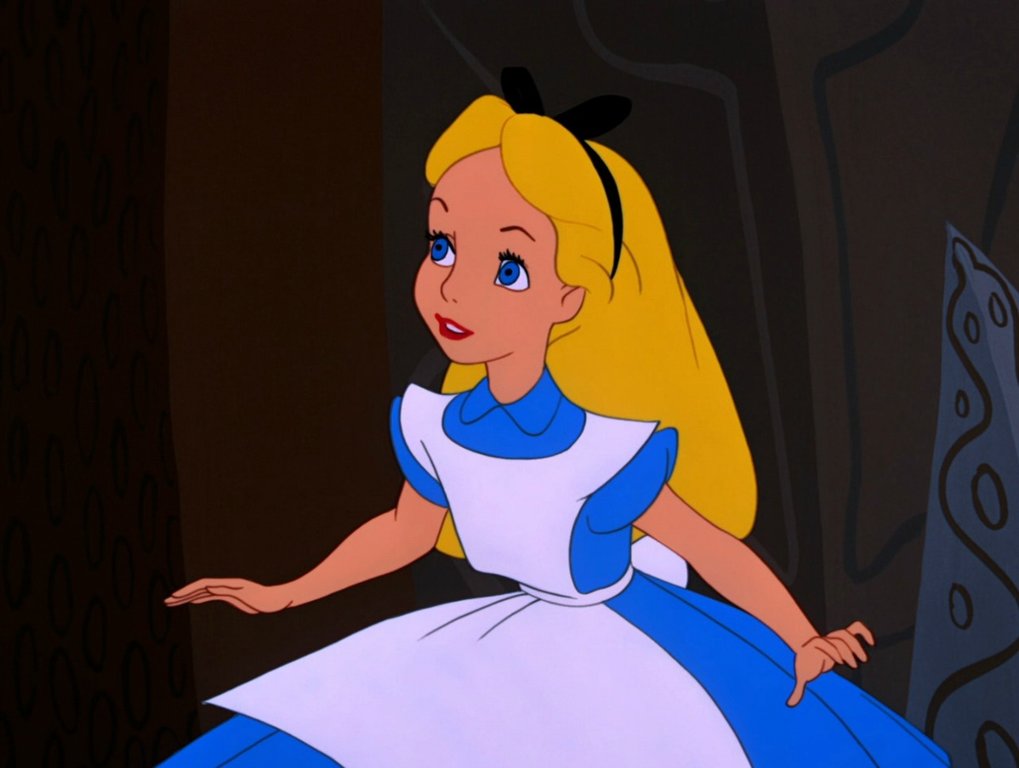 Alice in Wonderland
----- (dark ride, similar to disneyland's version)
----- (See the weird... and really weird world of Wonderland. This new version of the dl ride will go in the space once occupied by Winnie the Pooh. Which is being moved to RetroCOT in the 70's building.) 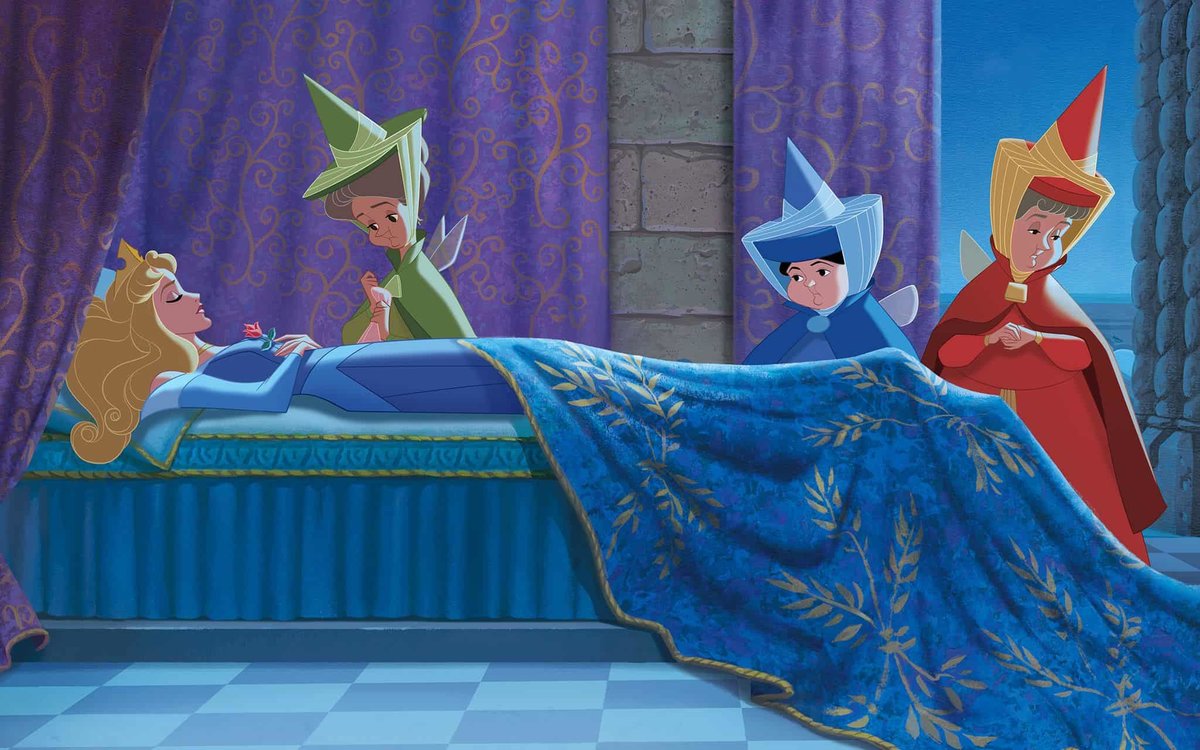 Sleeping beauty
----- (dark ride, similar to snow whites enchanted wish)
----- (It might sound like overkill dark ride wise, but man I love a dark ride. Anyways this is only taking the place of the misplaced Fairytale Hall.) 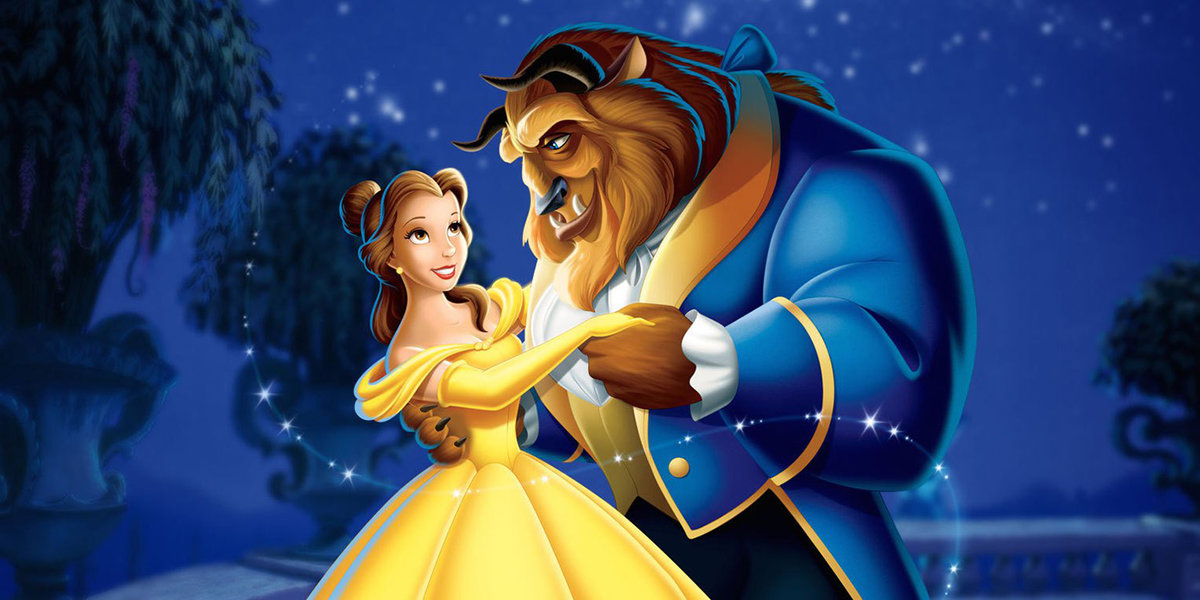 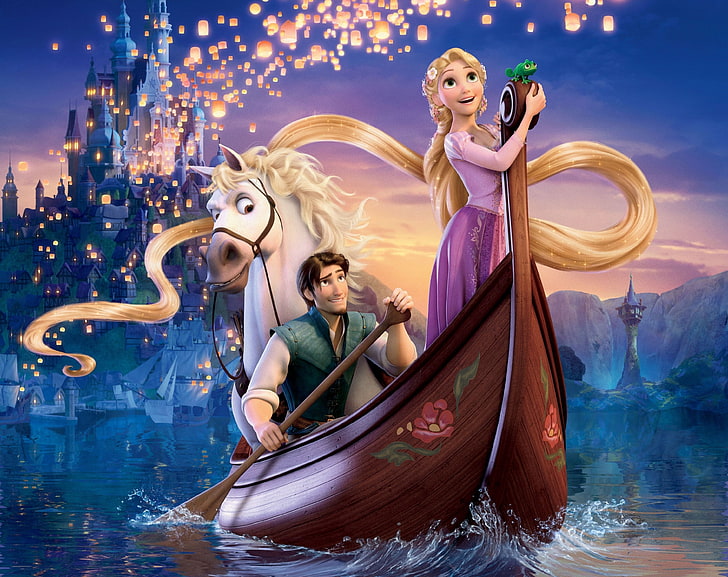 Tangled
----- (boat ride, similar to frozen ever after)
----- (To the right of her restrooms, this attraction will tell the story of Rapunzel and her unusual journey outside the shadows of her tower. Ending with her getting her less familiar shorter, browner hairstyle.)
Last edited: Jun 23, 2022 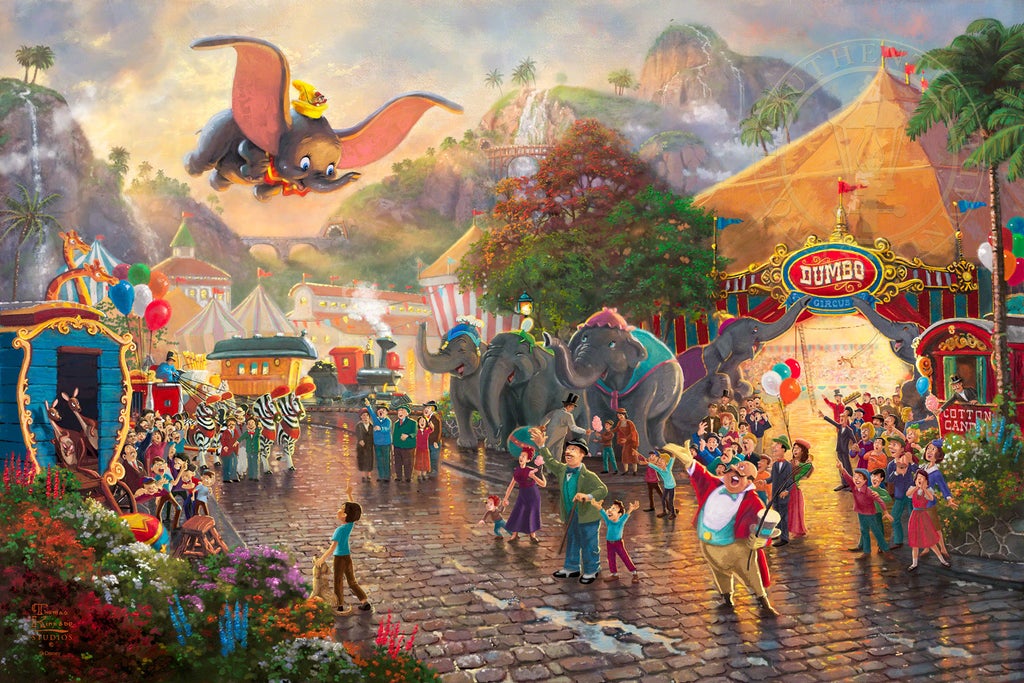 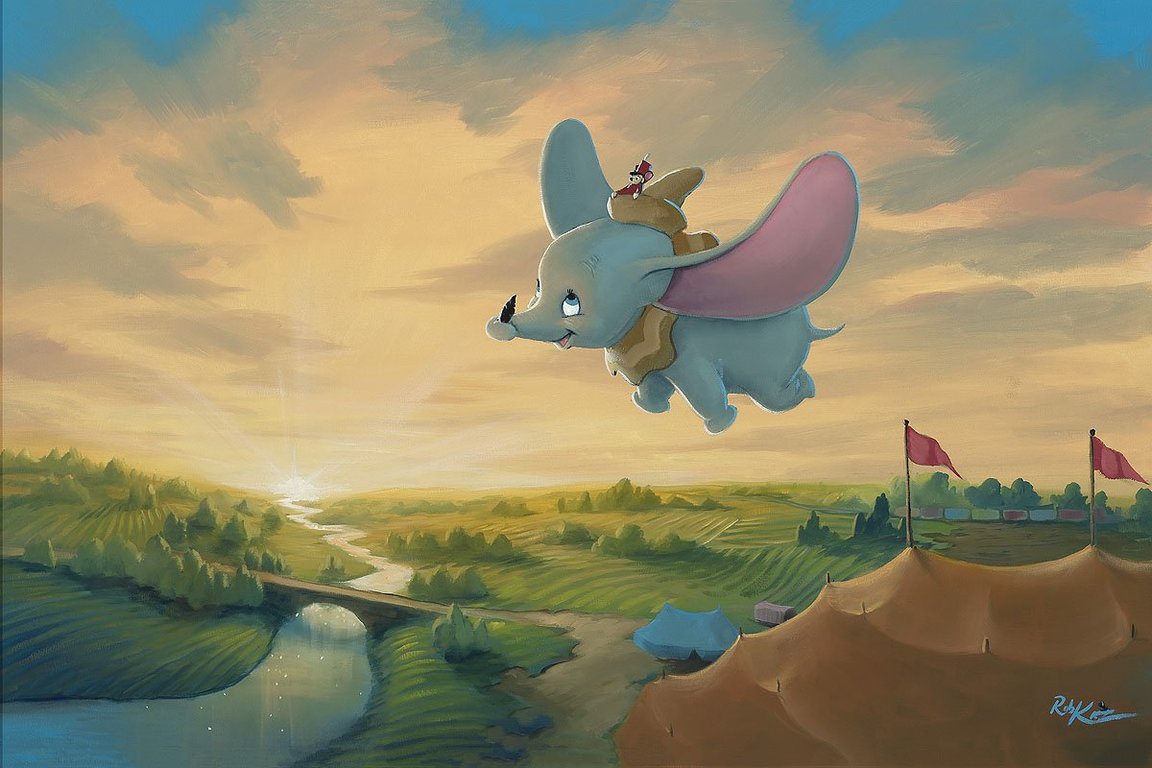 Dumbo: Big Top Flight
----- (rail-suspended dark ride, similar to peter pan)
----- (I like the aerial carousel, but I think Dumbo deserves to go further. Dumbo now would have a ride where he soars beyond just a circle in a dizzying fashion. Over circus tents and over nearby cities and even Casey Jr.) 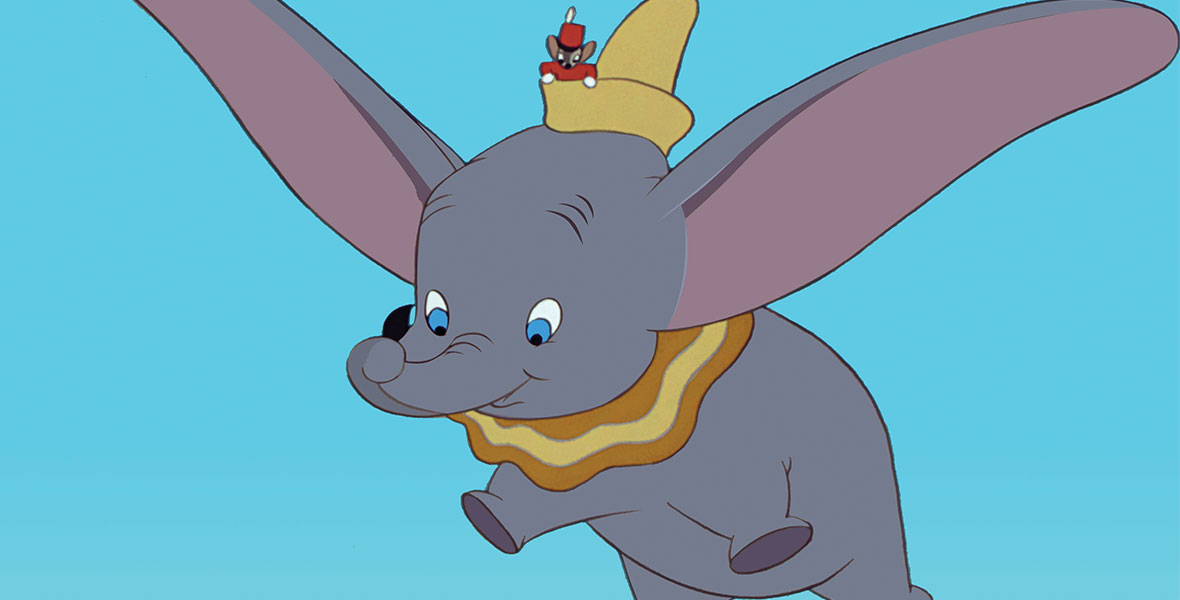 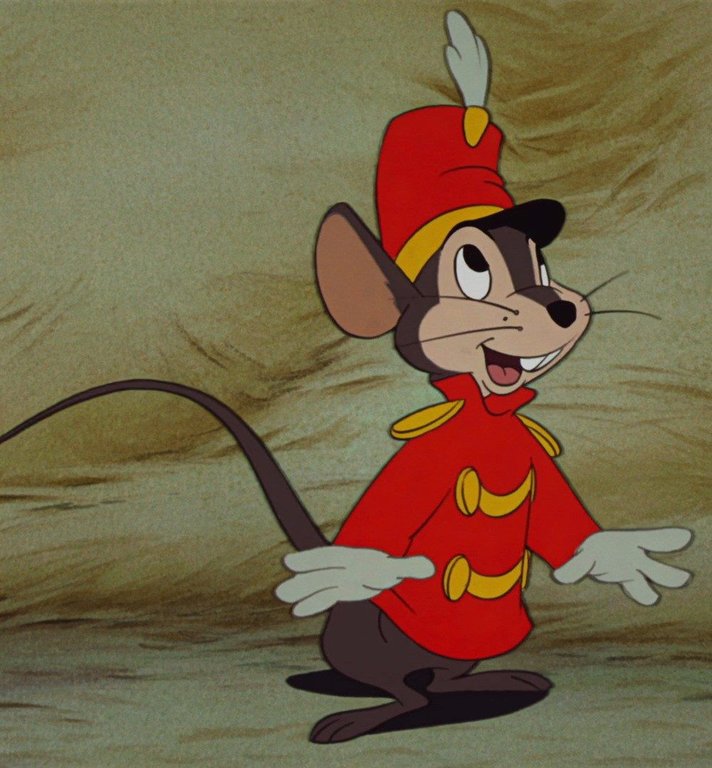 Dumbo and Timothy Q. Mouse
----- (meet and greet, similar to baby groot at launch bay)
----- (Featuring realistic animatronic characters that would be closer to the characters actual sizes. A castmember would do the voice via microphone and hidden camera. Like what they do with the Crush show over at Epcot.) 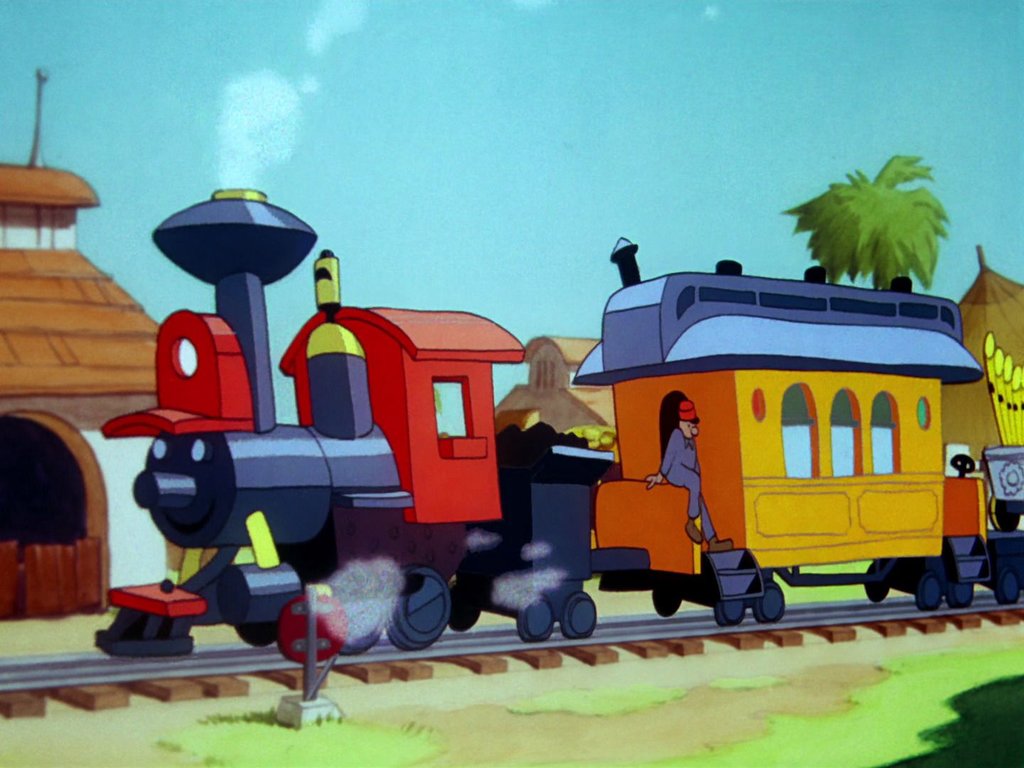 Casey Jrs. Circus Train
----- (kiddie rollercoaster, similar to the barnstormer)
----- (I figured this section would be better themed with it's own Casey's. Because right now it seems too all over the place theming wise. It would be better to have a theming that makes sense throughout. How else do they explain that Mickey Mouse is human sized and Timothy Mouse is small?)
Last edited: Jun 15, 2022

I heard it was between Beauty and the Beast and Ratatoulle for the France pavilion. I’m happy they went with Ratatouille. B & B already has enough representation in the other Florida parks.

There would also be a Villain Ville section, but I've already mapped that one out in my Disneyland Canada thread. So there's really no reason to retread that one over again.

This was the last chapter in the Magic Kingdom thread, I hope you guys enjoyed it. I certainly did!
Last edited: Jun 16, 2022

MickeyMouse10 said:
Pocahontas: Color of the Wind
----- (boat ride, similar to frozen ever after)
----- (The attraction features some of the great music from the film like “Color of the Wind”. It portrays the plight of the natives, who were the first to lived in America. And it tells the love story between Pocahontas and John Smith the way it was in the film. Which blossomed despite the tumultuous circumstances both characters were going through.)
Click to expand...

Poca would be a great attraction, it has some of the best music. The mid to late 90's was definitely a transitional period for the company. They were trying some different non traditional things and moving away from princess stories.