Trip Report Magicians in everything I see

I think I read too many trip reports.

During our time at Disney everything I saw and felt reminded me of a lot of you. Some I know by name, some I remember by something I read in a report and thought of you even if I couldn't remember your name. It actually opened my eyes to things I didn't notice before.

This trip happened so fast, a quick recap for those that didn't read my pre trip report...

C just graduated college and planned a trip with a friend, friend had to back out so me, mom, went instead. C and friend all ready had their days planned and reservations made so I was just did what I was told to do. It was actually nice not being the one doing all the planning

Meet C. She is a Disney lover, compassionate, singer extraordinaire, funny human being, animal lover. You can also read every emotion on her face, disgust, loathing, excitement, sadness. 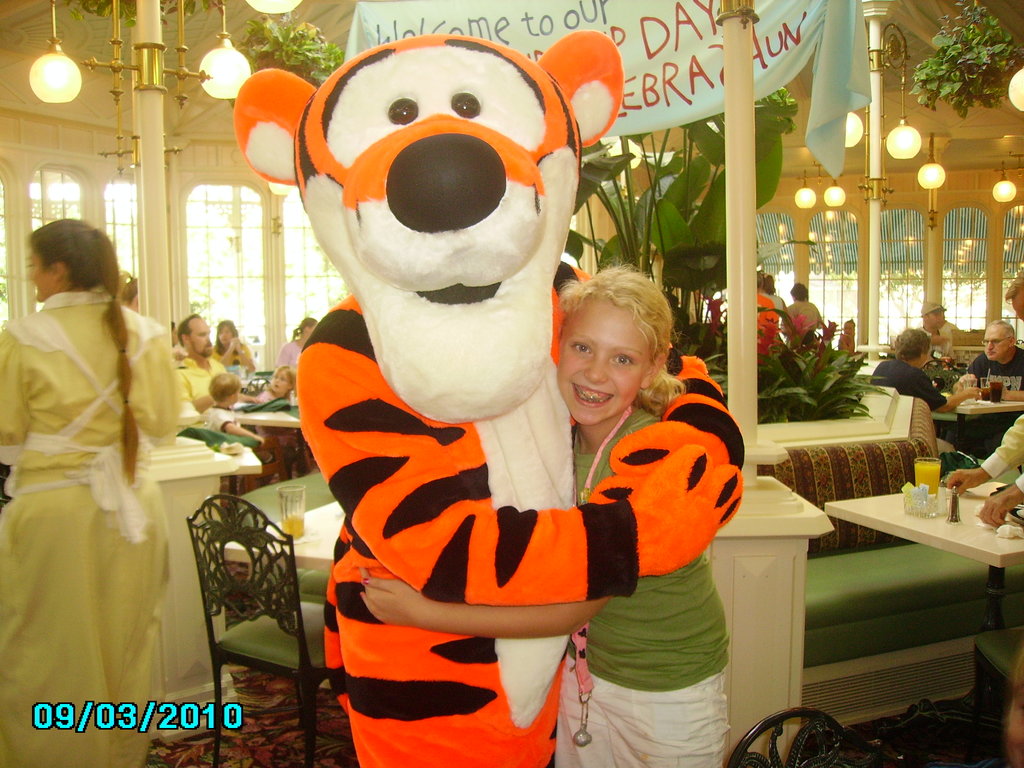 C just before our trip 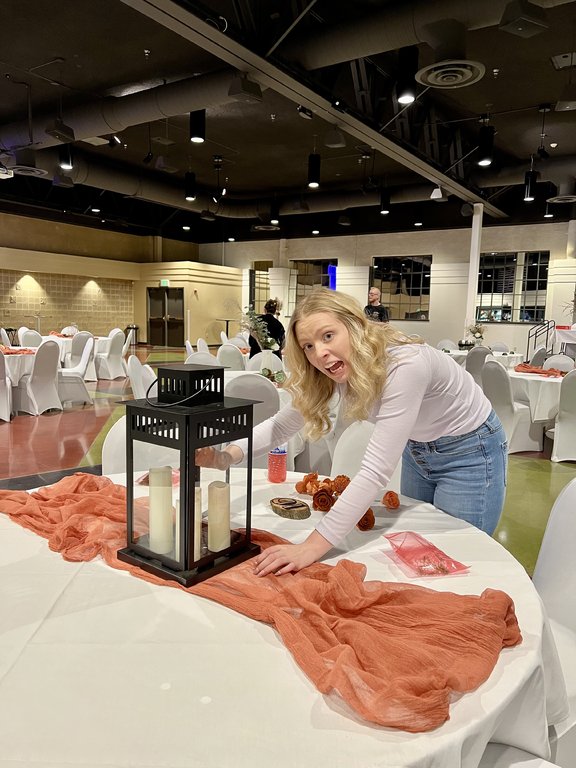 I don't take notes and will try to retell our story as I go through the pictures. So I better get started before I forget.
Click to expand...

Helloo! happy to have you

But in my defense, I was busy chaperoning Tuvaleen’s field trip.

I’m in and hopefully still on first page

Did I make the top ten?

Original Poster
It started on a sunny Sunday morning. We both had a good nights sleep and hopped in the car about 8:30am. We had a nice ride to Detroit Metro airport. There was a small issue with checking me in but nothing Darstarr worthy. We went and talked to the Delta representative and was told C changed the ticket wrong from her friend to me. I was about to say that it was the person C talked to from Delta that changed the names incorrectly on the ticket but I know when to pick my battles and I didn't want to make her angry and not let me on the plane. Disney was waiting. She said she fixed the issue and that there shouldn't be any problems trying to fly home. She was incorrect but we'll deal with that in six days.

There wasn't much of a wait through security and we got through with no problems.

Most of the eateries were very busy and trying to find one that has decent vegetarian options for C isn't the easiest. We ended up splitting up. I got some chicken from Popeyes and C found a veggie sub from Subway. 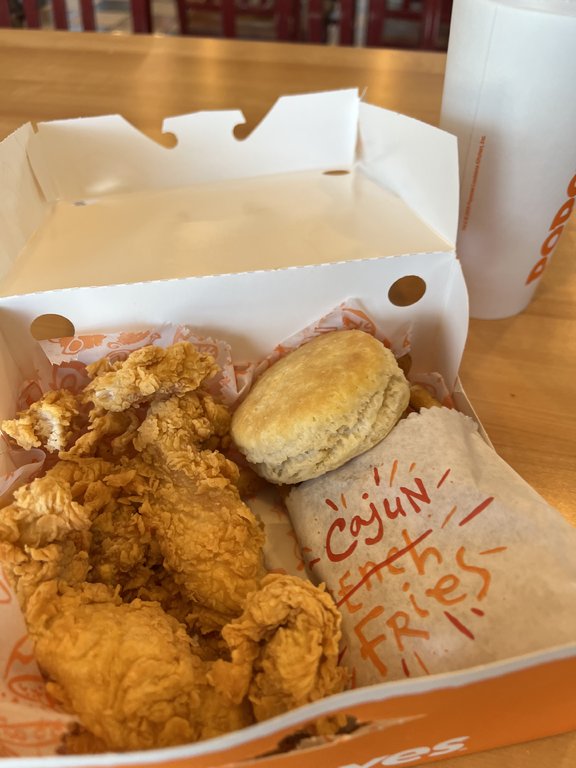 C had her Animal Crossing game, which I try to understand why she likes it so much, but what do I know, I played Sims 20 years ago and thought it was great and would waste hours playing it. 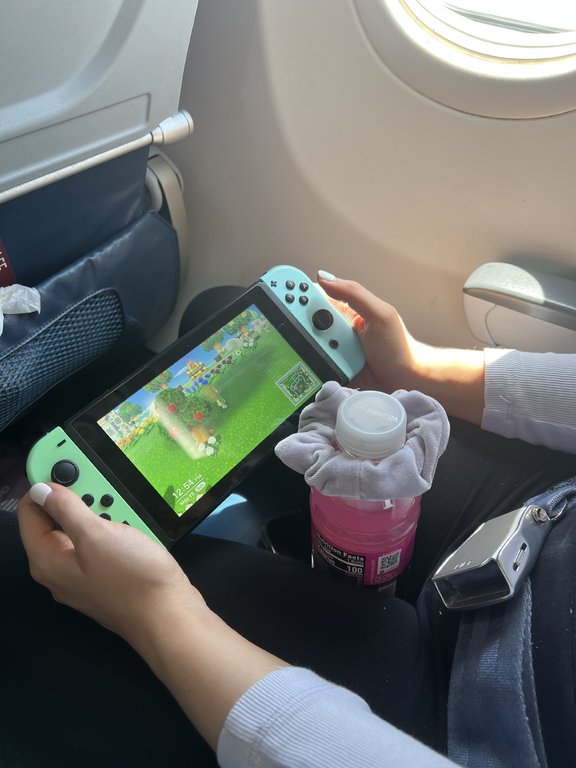 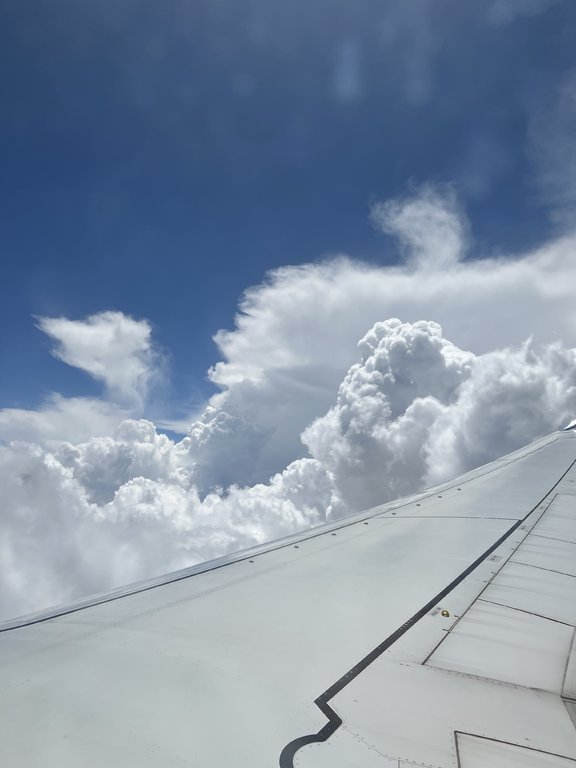 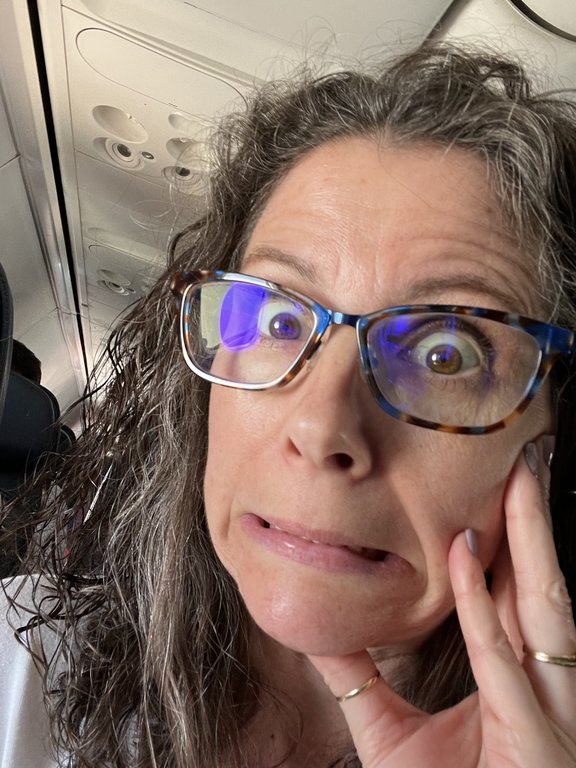 We arrived and it looks like so did @ShookieJones. I didn't see him but I know he was there somewhere. 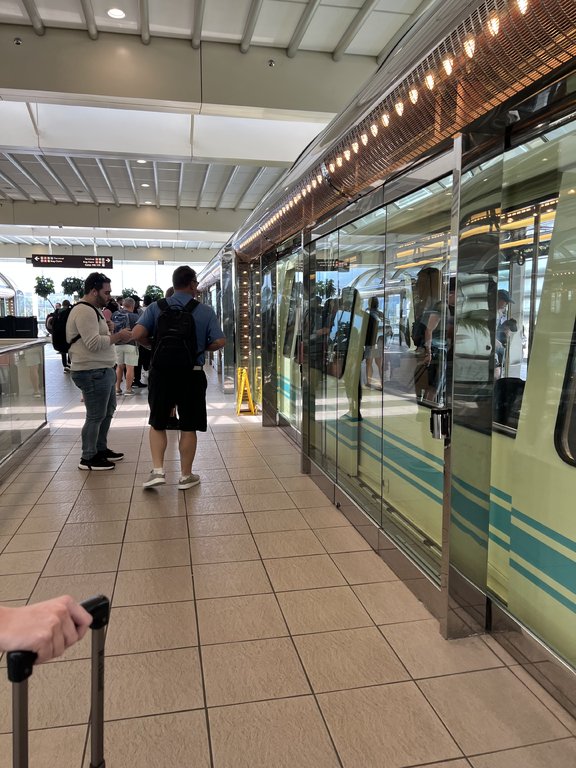 C hired Mears Connect to take us to our resort. It seemed like a long wait but it probably wasn't any longer than MDE. There just wasn't any CM's or Disney videos so it seemed drab. We talked to a couple in the next isle, they were from Tennessee and were surprising their daughter who is in college programs. They were very nice. Then the poor family in front of us on the bus had their sons wheelchair lost by the airline. 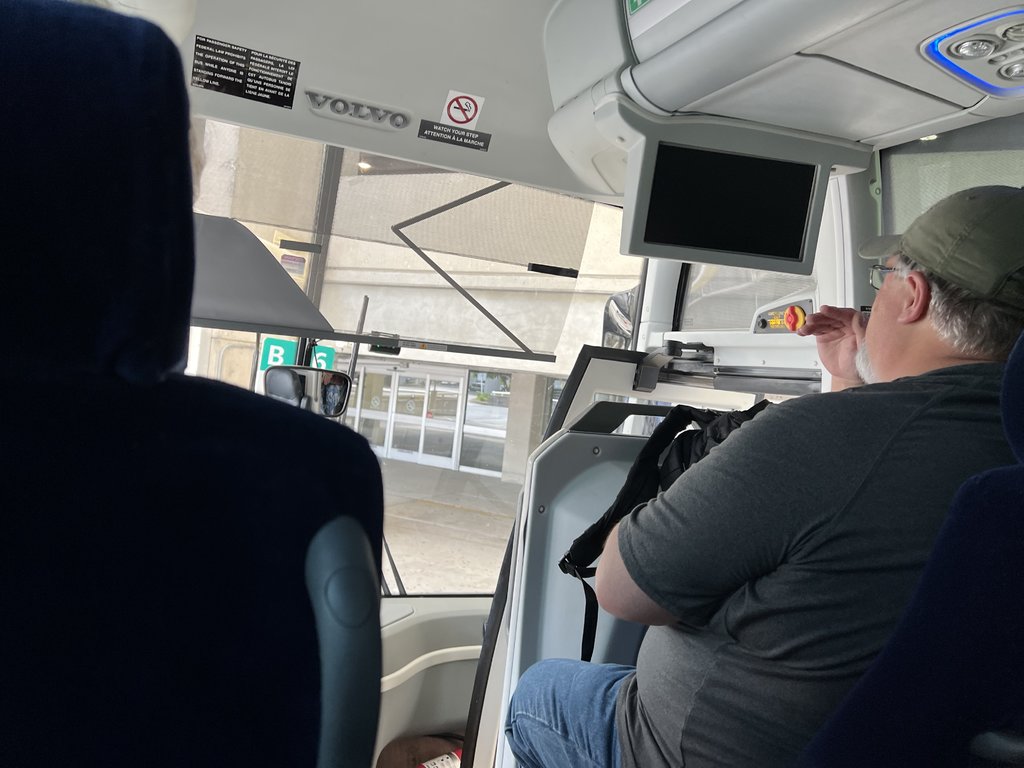 All Stars Movies was the last of 5 stops. We knew we were going to be late for our dinner reservation. 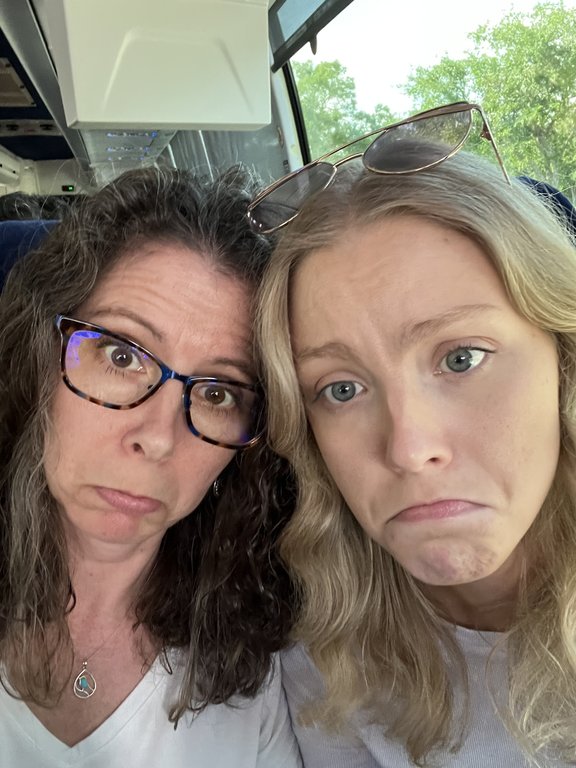 But in my defense, I was busy chaperoning Tuvaleen’s field trip.

That is the most acceptable excuse. Grandkids should always come first!


Loco_driver said:
Did I make the top ten?

Original Poster
We got our room ready text shortly before being dropped off at the resort so we went straight to our room. It was the farthest possible room you can possibly get. I tend to exaggerate, this was not one of those times. We had twenty minutes for our ll Mulino reservation and knew we wouldn't make it so we decided to Uber. We went to the drive behind our building and waited for Ronnie. It was then that I saw my first Magician. "Look C, @Darstarr loves palm trees!" C is confused and by the end of the trip just smiles and nods when I make odd comments about people who she has no idea who they are. I know it's more of a bush but it made me think of Darstarr. 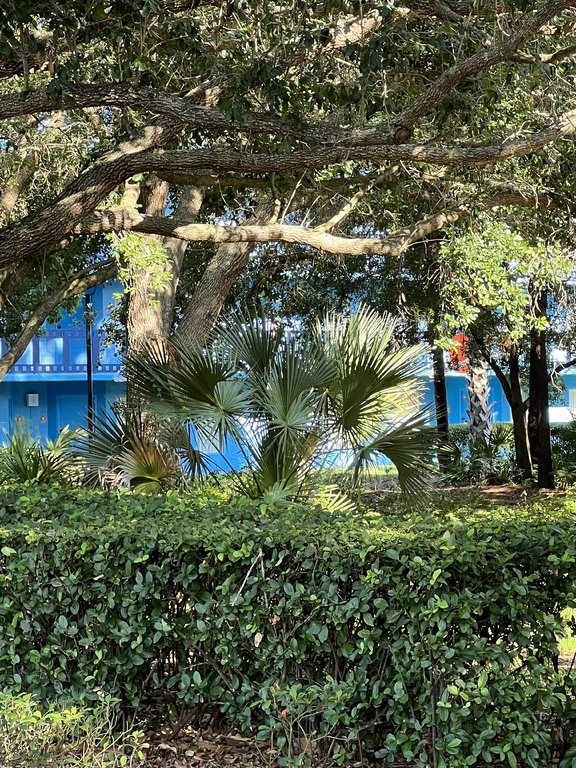 We get seated in a side room to ourselves. Neither one of dressed the best and we both feel a little out of place. I explain that this must be the rift raft room. C has decided to order her first Disney drink. I'm sorry I forgot what it was, but it was big and not to my liking. I don't like sparkling anything or champagne. It definitely had one of those components. She tried but she couldn't finish it, I even tried to help her. 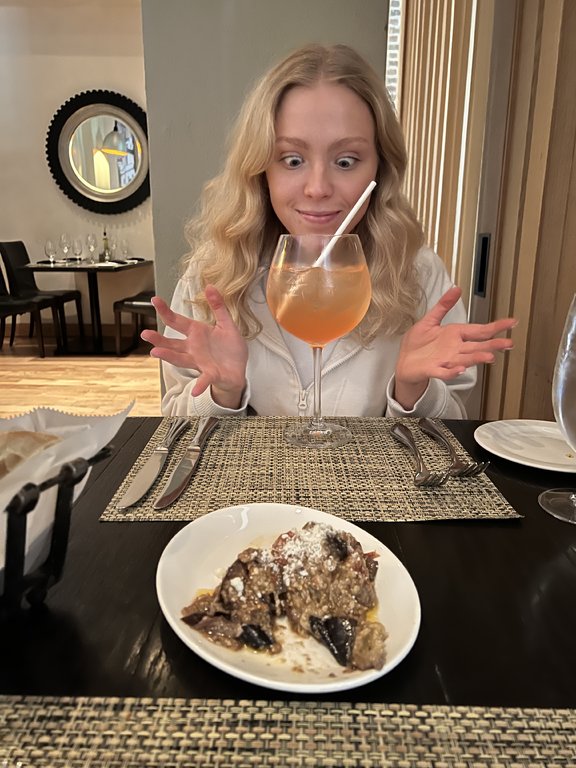 At ll Mulino you get a free appetizer. Since C is a vegetarian they brought us out an eggplant appetizer. It tastes like it looks in the picture. We each ordered a salad. I got the Caesar Salad. I immediately thought of E from @riverside group. The waitress said they mix anchovies in the dressing, did I still want it. Sure, bring it on! It really was good. We ordered the quattro formaggio pizza. Wow, it was fantastic. It had green olives on it which i don't normally like and artichokes. Everything just complimented each other. I'd defiantly order this again 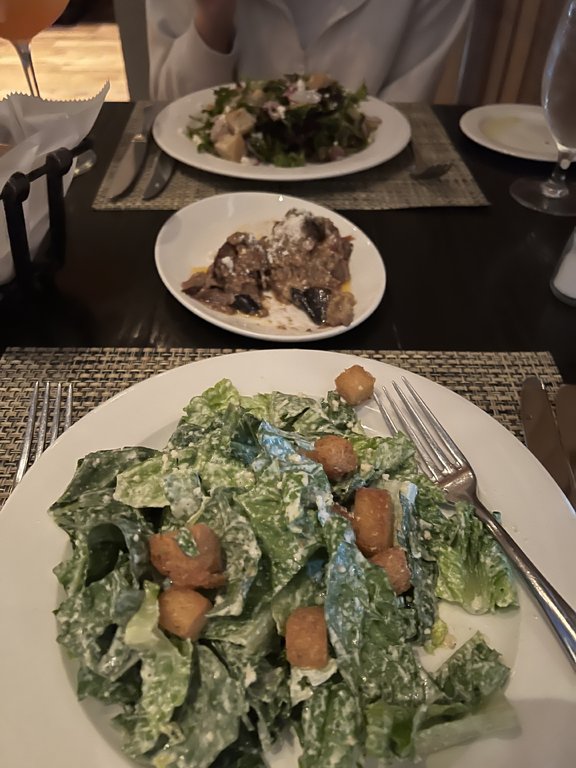 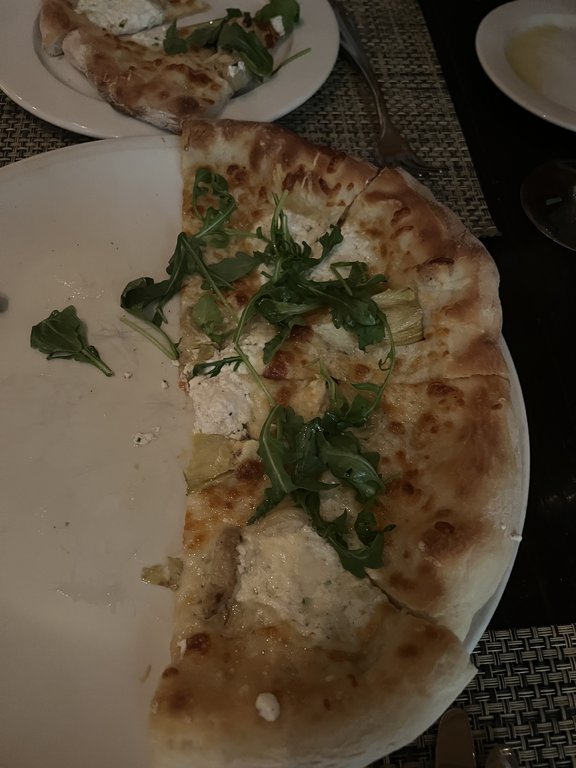 I told C about @wdisney9000 and his opinion of the pizza at ll Mulino. C didn't get it. 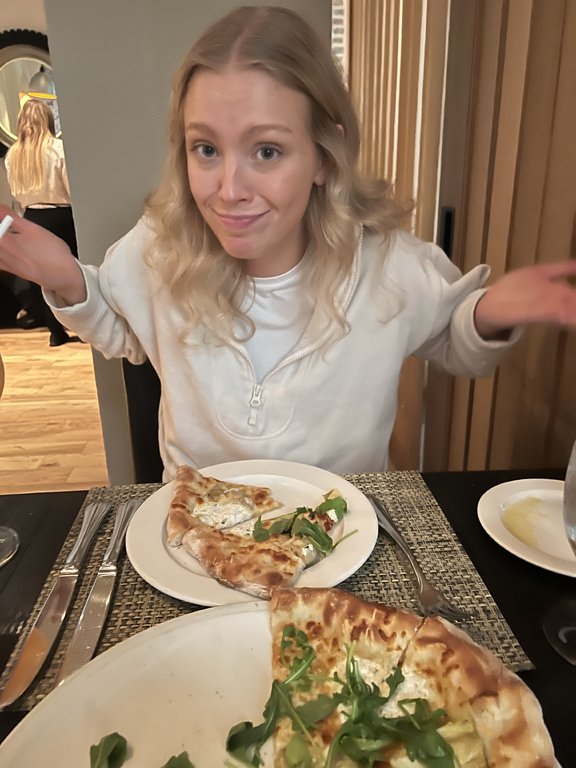 After dinner our plan is to walk on the Boardwalk and take a ride on the Skyliner. 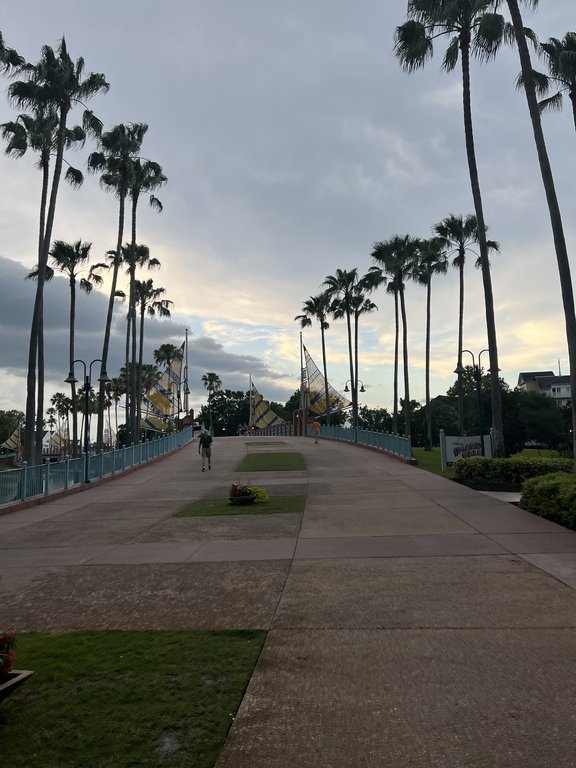 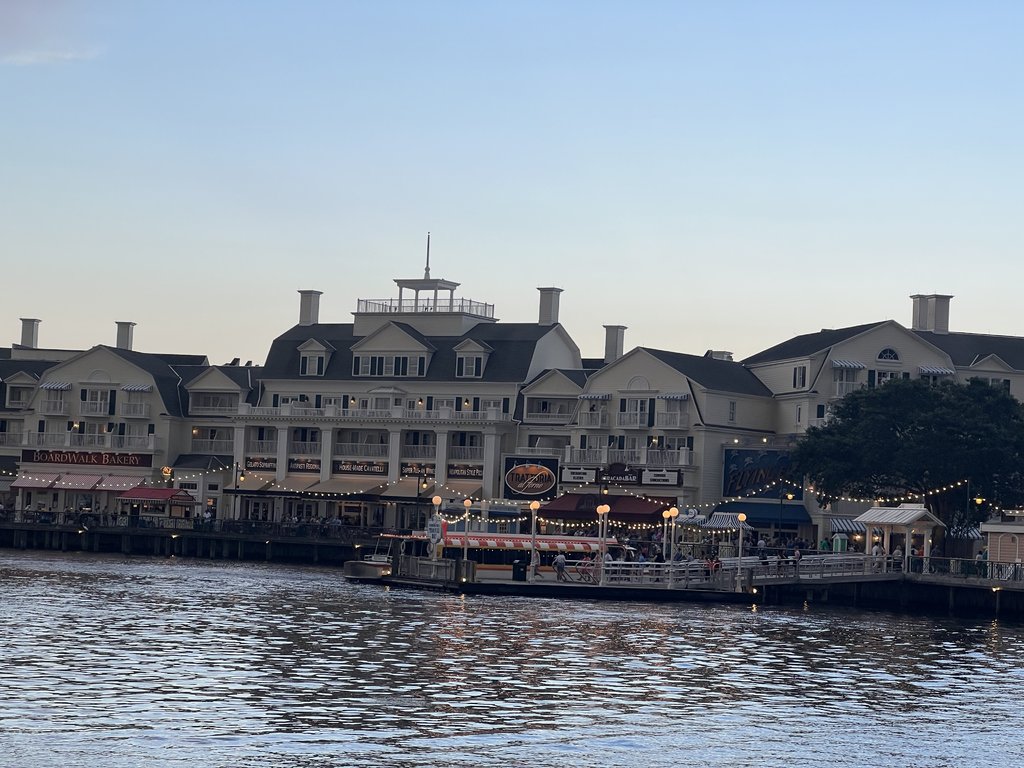 A little tribute to J who was at home 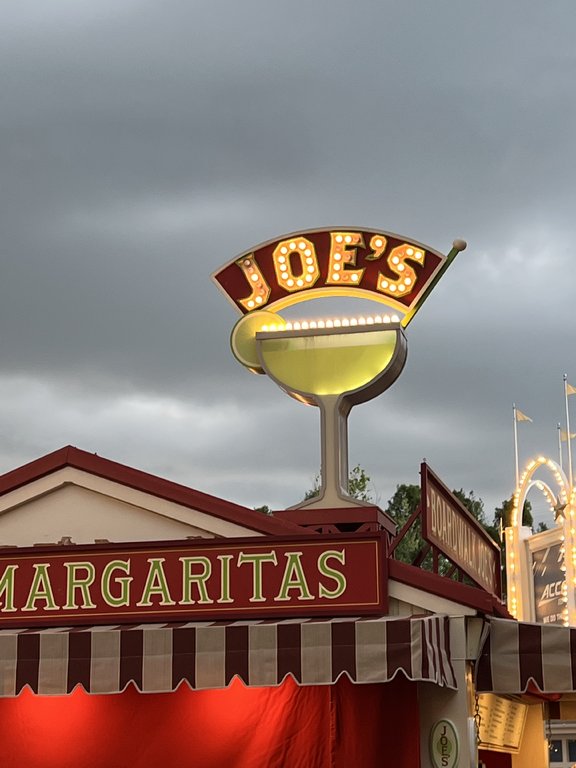 We got to the Skyliner and they just closed it due to lighting. Well, what to do. We decide to head back to the resort so we walk to Beach Club to catch a bus to HS to get a bus to All Stars. It really starts raining hard but are able to get on a bus to HS and stay dry. We got lucky and were dropped off right at the All Stars bus stop. Very shortly a bus pulled up. 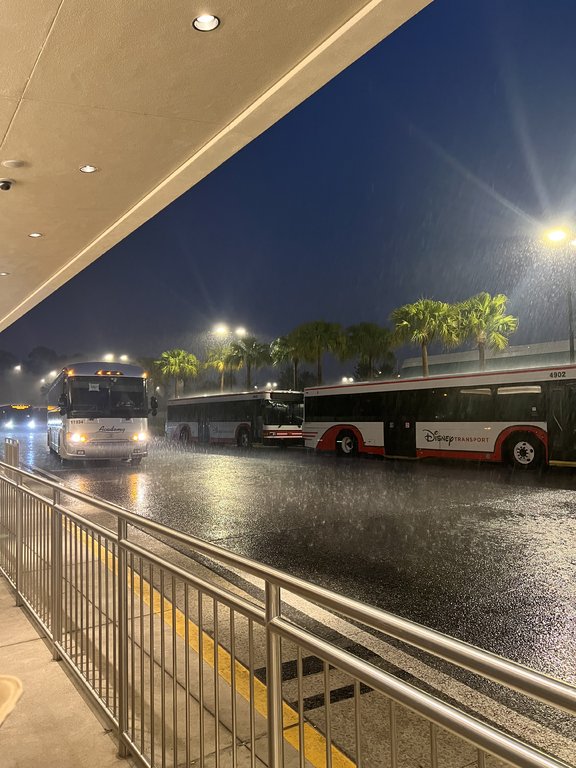 Now the weirdest thing happened. We were the only ones there at first then a couple people showed up then more. We were getting ready to get on and a women walks up and askes us, is this the bus to POP, "um no", we get on and I kid you not every other person that got on asked the driver if the bus was going to All Star Movies. She was nice at first but then started getting irritated. A few times she said "that's what the sign says". It was actually hard not to laugh. C and I were just waiting for people to ask. I always thank the drivers when getting off. This time i said "Good Luck". 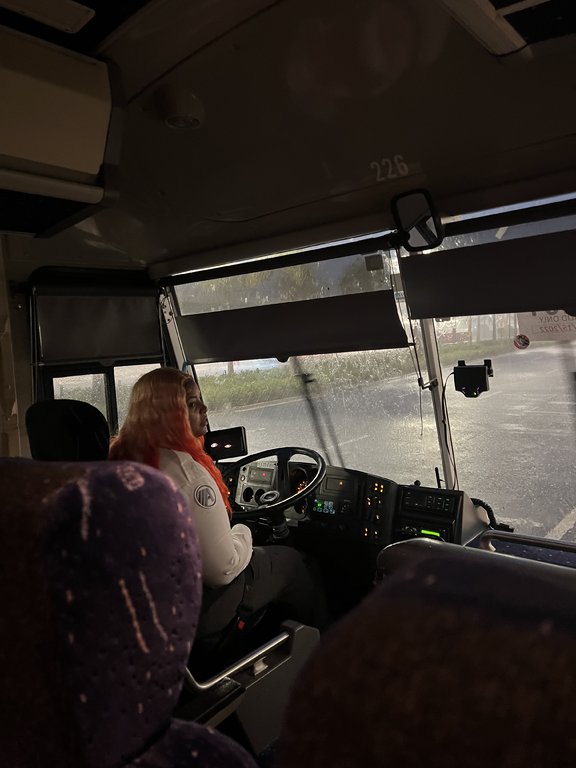 Zipitidoda said:
We get seated in a side room to ourselves. Neither one of dressed the best and we both feel a little out of place. I explain that this must be the rift raft room. C has decided to order her first Disney drink. I'm sorry I forgot what it was, but it was big and not to my liking. I don't like sparkling anything or champagne. It definitely had one of those components. She tried but she couldn't finish it, I even tried to help her.

That's a spritz! (Which I feel like is the Italian way of saying 'that's alcohol,' since there are a thousand regional spritz drinks.

) I would say Aperol spritz, but it looks more orange than red!

Did they give you limoncello at the end of your meal? When I ate at Il Mulino at WDW last summer with my huge family (group of 12) - they brought all of us limoncello shots at the end of the meal - we thought someone ordered them, but they weren't on the bill at the end and the waiter said they were on the house - we couldn't figure out if it was something they did for everyone at the Orlando location or if they just liked our group? They don't do it in Nashville (maybe we've just never been as likeable there??

Enjoying the report - thanks for sharing!

I'm here! I enjoyed following along live and can't wait to hear more about the trip! We drove through Indiana on our way to pick up Logan from Iowa last weekend and I thought about you on the way there and again on the way back!

Zipitidoda said:
I know it's more of a bush but it made me think of Darstarr.
Click to expand...