So, like @tcool123 mentioned, pretty much everything about Season 3 is lost. For some reason, @MaterA113 decided to host the season on a dedicated forum rather than on WDWMagic. The season was held in the late summer/ fall of 2010, and I'm pretty sure that the forum was lost by 2011.

The cast was made up of some VisionsFantastic classics, such as myself (using the name Adv.BlueDude,) Thrill, and KermitdeFrog (who now uses the name @ScorpionX) as well as some old school WDWM people such as @WDW Vacationer, and @Jasonflz. My last post was incorrect - the season was actually hosted by Mater, TrevorA, and DisneySon_1, who had all worked pretty closely during season 8 and 9 of SYWTBAI and some of the smaller comps like the Festival of Imagination.

Unfortunately, all of the projects are lost, but I do remember two of them. I remember them all being very unique, as well. The first project was to add a reoccurring prop that implied some sort of backstory to any attraction. My project was a barrel of rum belonging to a pirate who always carried one with him. Kermitdefrog, and I'll never forget it, added R2D2's suitcase to Star Tours, which would be seen at one point during a rest stop at a McDonalds, which would be the ride's new sponsor. The other project I remember was one in which we had to design a restaurant for the World Showcase Lagoon, to be placed in a country of our choosing. I can't for the life of me remember what the other contestants did (I feel like someone did Morocco. This was well before Spice Road Table,) but I made a restaurant for Canada themed to a huge beaver dam. I wish I could remember the other projects because I remember having a ton of fun with them.

In the end, the season fizzled. If I'm remembering correctly, Season 10 of SYWTBAI started up and most of the activity began to wane as people's attentions started to shift towards that. Thus was the end of The Imagineer. I think it was around this time that both Mater and Disneyson started to become less active, so we never got a Season 4.

As part of a new chapter in Legacies, and in order to familiarize people with various older and classic competitions this is a continuation of posts that will cover past competitions. The last entry covered The Imagineer with @JokersWild with coverage of The Imagineer's Lost Season. 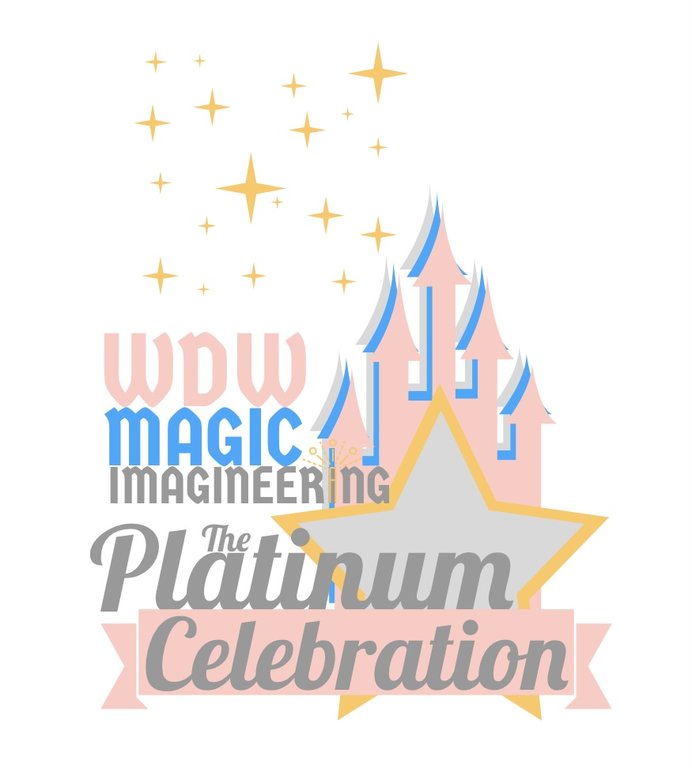 The first prompt of the challenge was known as Plussing to Perfection in which the seven players of the competition had to plus an existing attraction at a Disney park. Players all had very different approaches to their attractions, and many players made sure to include whole new scripts for their plussed rides making sure that they had the ultimate version of their attraction. In the end @ctxak98 took home the win with their overhaul of Dinosaur or rather now Dinosaur: Countdown to Extinction. The ride saw numerous improvements such as an interactive queue, branching pathways allowing for randomized ride experiences, and countless of new dinosaurs to be seen on a guests journey. The competition continued without much drama, just with players being eliminated as not posting resulted in immediate elimination.

The finale of the competition was fairly unique in the sense that it wasn't often that players would be sent back to time, and what time period was selected? 1953, which means the players had to design a dark ride for opening day Disneyland while keeping in mind the technical limitations of the era and small budget of the original park. @jdmdisney99 created a truly unique proposal utilizing the story of Sleepy Hollow and the Headless Horseman, @Turtle pitched a very short Dumbo ride, and @Sam Magic introduced us all to the world of the Chicken Dumpling Gang (a wholly original idea with plenty of gags, shenanigans and action). In the end @Sam Magic took home the crown as he had the points even though he was disqualified, and came back later on. The takeaway? That even when you're eliminated you still have a chance at winning the competition!

Original Poster
Legacies: 20 Years of Armchair Imagineering
Around the Resorts in 30 Days by @TheDesignPirate AKA MonorailRed

Continuing the latest initiative for Legacies to familiarize people with various older and classic competitions we have reached one of the more ambitious and fast paced competitions the forums have ever seen!

What made Around the Resorts in 30 Days such a crazy competition? Every day players would receive a new prompt for a different concept in a different park somewhere in the world, and that prompt would be due in the same day! The competition utilized a point based system to keep track of who is in the lead, but this competition was strictly non elimination allowing players to come and go as they pleased. Winners of each challenge would get a point, and a special benefit for the next day such as extra points or a chance to sabotage others.

The first challenge saw players fly to Paris where they were tasked with creating a new restaurant as any category and in any land they wished to do. HOWEVER, there was a catch! The restaurant had to be based off a film that had a Fox in it limiting what players were able to do in a unique way not really seen before. Projects included concepts based off Song of the South, The Sword in the Stone, The Fox and the Hound, Robin Hood and Mary Poppins proving that there were still plenty of unique picks based on the limitations. While the main focus was on the variety of eateries some players were able to sneak in whole lands and attractions to compliment there addition as a clever loophole. In the end though @Voxel was able to take home the first win of the competition with their Step in Time table service experience where hosts where dressed as chimney sweeps and nannies, and the restaurant split into the two realms of Mary Poppins adding whimsy to anyone's meal.

Throughout the comeptiton many players participated on and off racking points while unique prompts were pitched such as reviving Superstar Limo, Winter Overlays, Revitalizing the Boardwalk's Entertainment and Attractions, and one of my favorites relocated the Sorcerer's Hat as a new icon elsewhere! Many ideas were submitted, but in the end @ctxak98 won with their idea to relocate the Sorcerer's Hat to Animation Courtyard as the weenie to the newest table service dining experience known as The Art of Music Restaurant. Similar to Rainforest Café every room would be "alive" with music playing and scenes playing out with animatronics straight out of the Disney classic Fantasia. The entire pitch and idea for the restaurant while similar to Rainforest Café adds more to make it an experience solely its own. It truly was the Disney difference, and added a great dining option in the rather lack luster studios.

As the competition continued players would chime in and out for prompts that circumvented the world, and allowing for players to rack up points for every prompt. Eventually players reached the final challenge which was inspired by Disney's scrapped Mineral King Resort plans, in this one of a kind challenge players had to create a whole new Disney ski resort anywhere in the USA! @jdmdisney99 was able to snag the win for the finale and the competition with their Disney's Snow Crown Lodge concept. The concept would've seen a new ski resort in Denver, Colorado that utilized Disney's Frozen as the resort's anchor with indoor skiing and tubing tied to Elsa's ice castle alongside a live musical show. 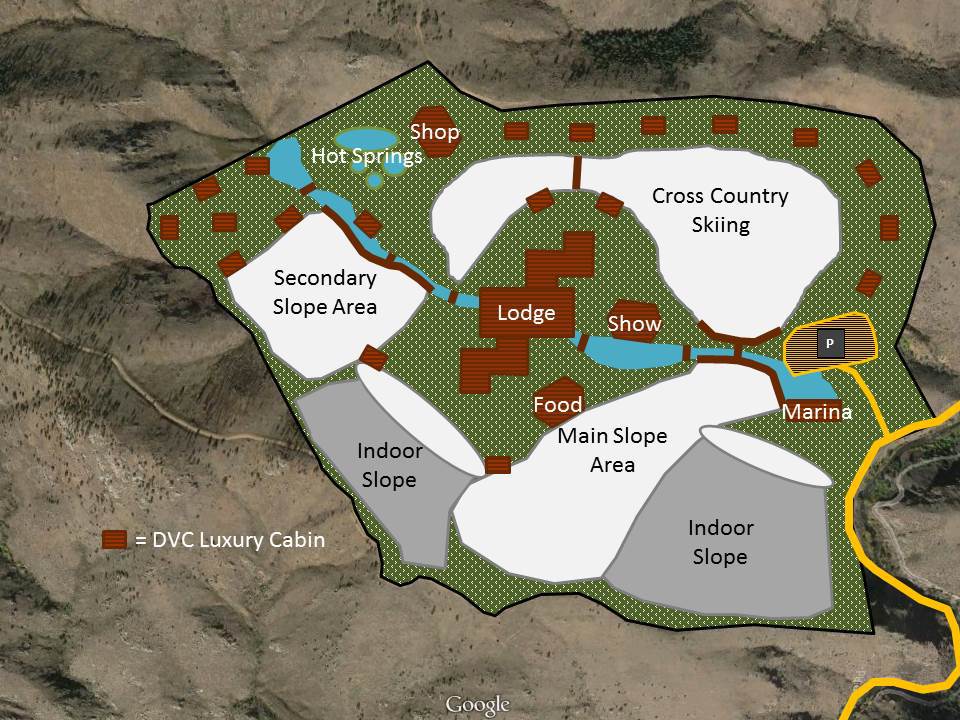 The Now when most competitions end the thread simply dies off, but three years after the original conclusion of Around the Resorts @TheDesignPirate opened up the thread to anyone who wanted to create their own challenges and due dates. This idea slipped by however after a few posts by @spacemt354 and @TheDesignPirate , and once again in 2017 the thread was revived by @spacemt354 who gave himself 30 days for 30 new projects! These projects were smaller in scale than what many would expect from a competition with projects being a revitalized pool for the Yacht Club to brushing off scrapped concepts such as Geyser Mountain for Magic Kingdom's Frontierland. This self imposed format allowed for @spacemt354 to tackle an overhaul of Disneyland's Tomorrowland with both new concepts and concepts inspired by projects from competitions that were going on at the time. Unfortunately the streak was broken after the 17th day of near continuous posts as the challenge proved to be a lot, but this concept was turned into the 50 for the 50th thread by @TheDesignPirate and @spacemt354 . The waning years of this thread was utilized as a brainstorming thread for all who came inside, and encouraged everyone to join in with their ideas. 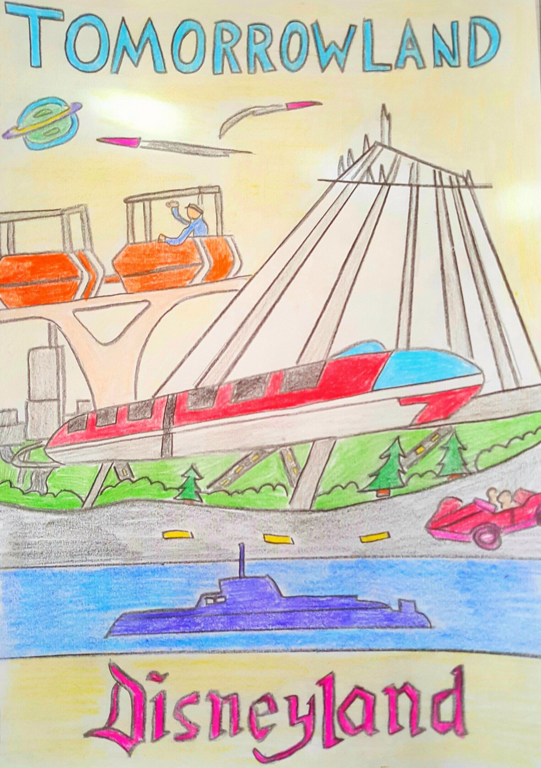 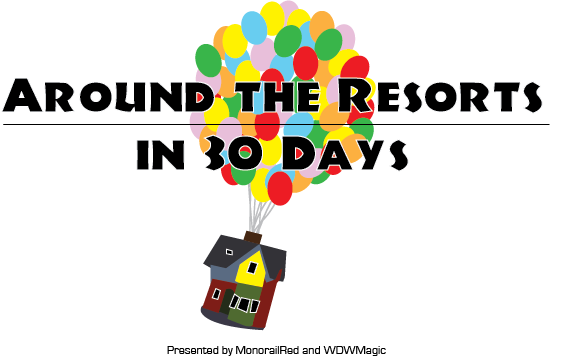 @tcool123 I’ll do written interviews for my masterpieces “Garfield’s Furry Fury” & “Domino’s Pizza Presents: Avoid The Noid: The Ride” if you want

Unfortunately we’re only looking at projects from before 2019

tcool123 said:
Unfortunately we’re only looking at projects from before 2019

@tcool123 Said: “
Unfortunately we’re only looking at projects from before 2019