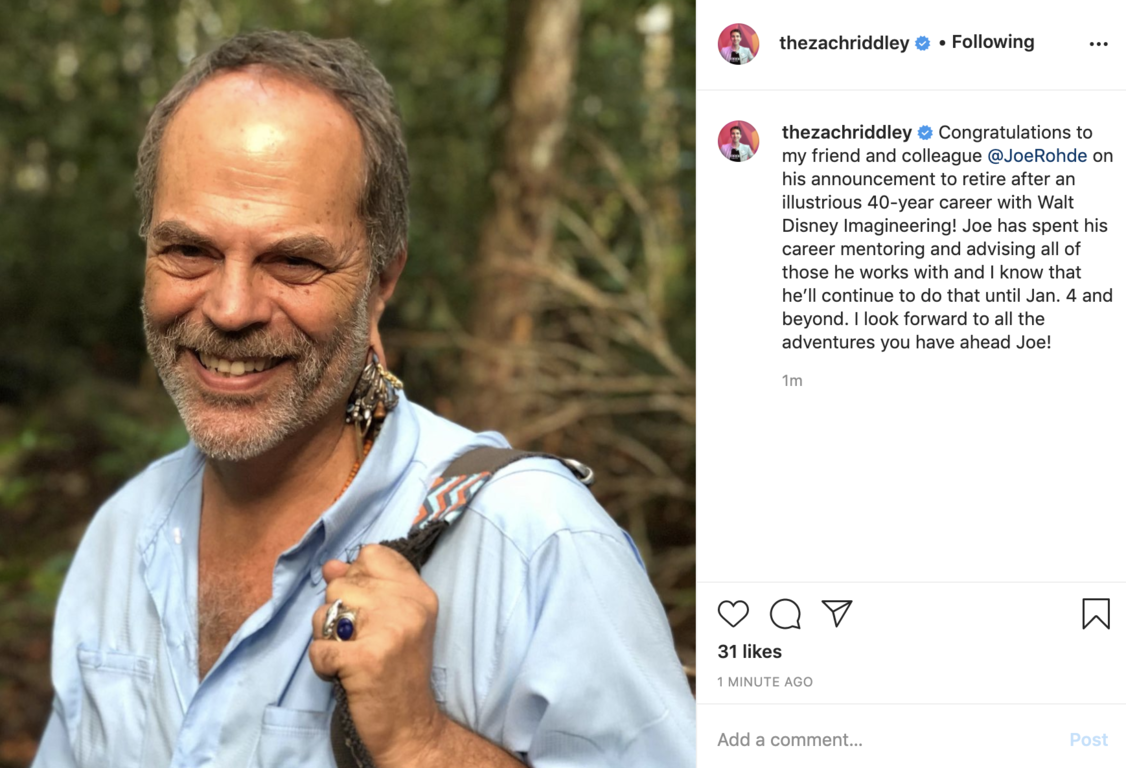 The timing for retirement works well on the Disney front, too, he said.

When Pandora opened at Walt Disney World in 2017, it was part of a three-pronged Rohde rush of projects to open, including the Guardians of the Galaxy — Mission Breakout refresh of Tower of Terror at Disney California Adventure theme park and Villages Nature Eco-Resort, which is adjacent to Disneyland Paris. They all opened within a three-month period.

“What that did is it created a hiatus gap. Where now I’m in development on things, and development can go on forever. So, part of the opportunity dates all the way back to there,” Rohde said.

“I feel like this is just a great sort of time, and it won’t continue. I mean, once you get ramped up on one of these gigantic, gigantic projects, then that’s another five to seven years, you know?” he said.

“His unyielding commitment to excellence across all aspects of projects, and his demand for authenticity and including diverse, indigenous cultures in design and production, are hallmarks of his projects and what differentiate them from all others,” Weis wrote.
Rohde laughed thinking back about his early days at Walt Disney World.

“I didn’t know how to do the work. I didn’t know anything. So, it was this incredible opportunity to learn and to learn from people who at that point in time, were part of the original founders of the company itself,” he said.

“Joe has spent his career mentoring and advising all of those he works with, and I know that he continue to do that until Jan. 4 and beyond,” current Imagineer Zach Riddley posted on his Instagram account Monday afternoon.

In more recent times, Rohde said was proud of his Animal Kingdom and Aulani work because of the real-life connections they created.
“There is a whole nest of personal creative projects that I’ve been interested in developing further,” Rohde said. “Now, mind you, all those things are kind of speculative. That’s part of the adventure of it, is to step out into something really new, truly new for me.” Sad to see him go, but retirement is much better than being fired or shoved aside. I guess we've seen the last of hippie-inspired lands.

Whoa! This is sad but a great time to celebrate what he brought to WDI. Amazing talent.
A

I’m definitely not crying because the last bit of hope and actual creative mind at WDI is retiring, just cutting a bunch of onions.

Not really, the writing was on the wall for him and others, and this is the graceful way to leave on his own terms. I'm glad he did because I'd hate to see the axe thrown on him.

I have a tear in my eye. My fear levels for my favourite park have just increased exponentaily.

He was clearly part of the layoffs at Walt Disney Imagineering.

lazyboy97o said:
He was clearly part of the layoffs at Walt Disney Imagineering.
Click to expand...

I could've sworn I remember threads here a couple of weeks ago stating that he was about to be fired.

This isn't retiring, this is "retiring."

Disney needs to stop wasting the talent of these individuals. If you’re going to demand the best and brightest, use them to their fullest.

lazyboy97o said:
He was clearly part of the layoffs at Walt Disney Imagineering.
Click to expand...

Exactly. In years' past, I know my Mom's co-workers at WDW, who were part of previous layoffs, were allowed to be classified as "retired" if they would normally be eligible, in order to keep benefits. I wasn't sure if this time around Disney would be so accommodating. This reads to me like one of those accommodations.

Guess that explains why he set up an eBay shop. 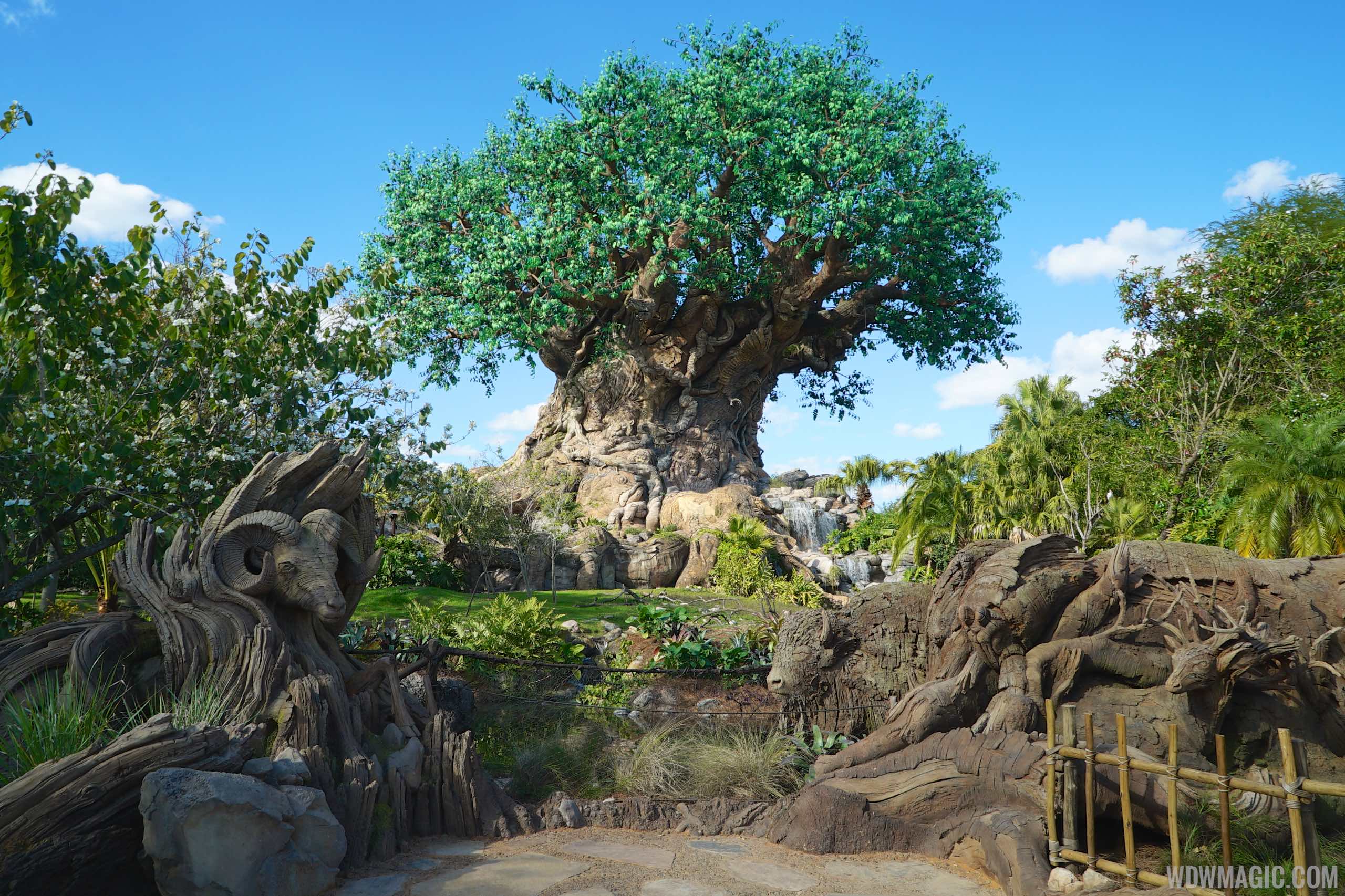 One of Imagineering's most respected designers will leave the company in early 2021.
www.wdwmagic.com
M

I’m afraid that the writing was on the wall once he stood up to Bob the Weatherman’s declaration that all rides going forward needed to include IP.

Or, at age 65 after 40 years with Disney, he just might want to do other things with his life. He would not be the first person during this pandemic to take at look at his/her life and think about what they want to do going forward.

Premium Member
I know many believe he was pushed out. Maybe he was but I am not sold on that. Joe is one of those within the company that sort of is untouchable in many cases. Joe likes adventure too. I wouldn't be surprised if this was truly his decision and he wanted to do new things. He is a world traveler, artist, designer, etc. I wouldn't be surprised if he consults on future projects as well.

dreamscometrue said:
Or, at age 65 after 40 years with Disney, he just might want to do other things with his life. He would not be the first person during this pandemic to take at look at his/her life and think about what they want to do going forward.
Click to expand...