Rumor Inside Out to Replace Journey into Imagination with Figment?

Original Poster
The DIS is reporting that 'multiple reliable sources' are saying that Inside Out will replace Figment at the Imagination pavilion.

I couldn't find this anywhere on this site. Does anyone know anything about this? Maybe this was one of the announcements they held back on at D23. I know this rumor has been around a while, but this is new reporting saying that this is definitely in the works.

Oh Please dont let this be true, but would love to see it being restored back to its orginal version or an update it with an trackless system.

JonnyK said:
Oh Please dont let this be true, but would love to see it being restored back to its orginal version or an update it with an trackless system.
Click to expand...

I agree. They seem to be giving out trackless systems left and right. They should throw one at Figment

Hallelujah! I love Inside Out and hate the Imagination ride, possibly the worst and most barren ride in the entire park. Whatever replaces it will be MUCH better (yes I rode the original...that was awful too).

Epcot's Journey into Imagination replaced with an IP based attraction.... Irony.

Well, Inside Out was far more imaginative than the concept of "imagination" as presented on the ride, a vague and ambiguous bunch of nothing sung about by a horribly designed and irritating purple dragon.

Well I have heard about this rumor but I have also heard about Figment as a character remaining present at the park. So its either two attractions or one combining the two (which i hope not).

Just bulldoze Epcot and get it over with Disney 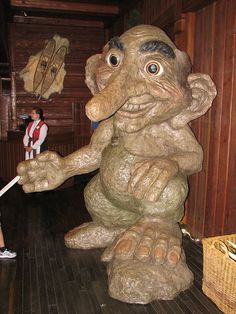 The ride is literally always empty when I go on it, so I'm not the only one who dislikes it.

Inside Out will likely be a massive hit.

I don't dislike Journey into Imagination (actually go out of my way to ride it, I think it's cute)...but I think most of us can agree that it's time for something - anything - new.

If an IP is to lead that area of the park, Inside Out is a good fit.

But the IPCOT taunts are vindicated if this is true. Don't think this is a good move.

I wish I could see the results of that survey. I am guessing they will be move here. Anything you needed to hear about the plans for EPCOT were said at the presentation. They feel the park isn't "Disney" enough and it needs more Disney. So look for IPs to probably show up in every area of the park even if it dosent belong.

Premium Member
It's been discussed for several months now. Not exactly new news.

The IP has been proposed for the pavilion as a possibility. Nothing is planned for a good 5-6 years at the moment.

But the IPCOT taunts are vindicated if this is true. Don't think this is a good move.
Click to expand...

By what metric is this not a good move? The ride will be more popular in terms of attendance and satisfaction...it couldn't really get much worse. At the end of the day that's all that matters in determining whether or not it's a good move. So a few people on the internet care about too much IP in EPCOT, the vast majority of the public doesn't care, and I mean vast. And they'll be happy to see a new and innovative Inside Out attraction, which has a lot of potential as a concept.

But the IP argument aside, I can't imagine why ANYONE, diehard fan or not, would care about this attraction being changed. Imagination in its current form is the epitome of a "no one cares" ride just taking up space. It's a shame such a beautiful and majestic pavilion hosts such a lackluster ride.

Inside Out also fits. It's literally PART OF THE MOVIE The lead director and writer of the movie was one of the imagineers who created Cranium Command, and that attraction was effectively Inside Out's inspiration. If they MUST shoehorn IP into Epcot then go plop Inside Out there. Or you know, don't, and stop linking everything to a movie. Yeah I know, ridiculous idea.

Dreamfinder is still waiting for his return. Get Tony Baxter involved (LMAO) and get him to work his magic once again. I would actually be perfectly satisfied with a return of the original ride. The current ride occupying the space is trash, as is the personality they gave Figment. But the original version was one of Disney's absolute best.
Last edited: Jul 17, 2017