Trip Report "I Know More About Disney Than You Two"

Hello!! Hello!! I'm heading back to the world in 16 days so my goal is to get this TR done before I go. I know, you probably don't have much faith in me--neither do I, frankly. But, "If you can dream it, you can do it", right? 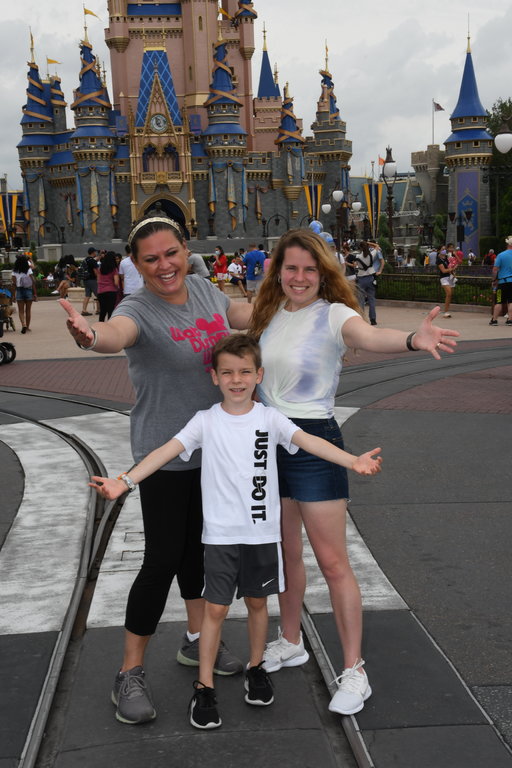 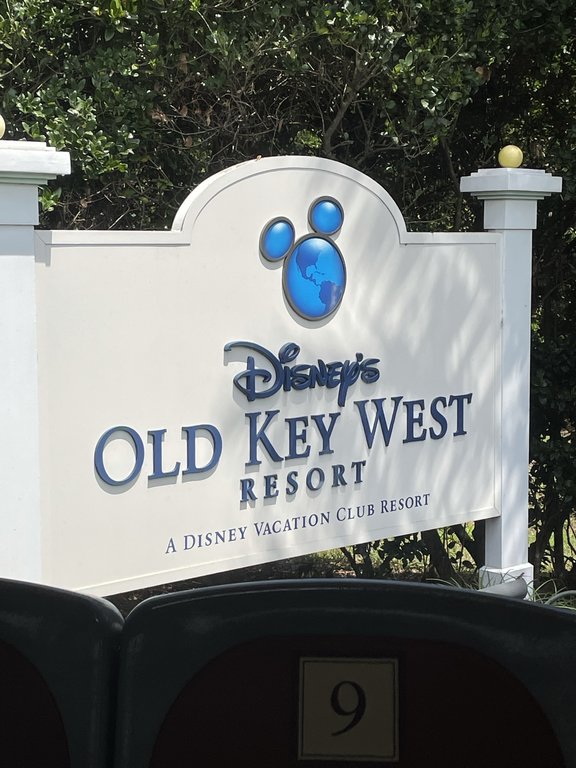 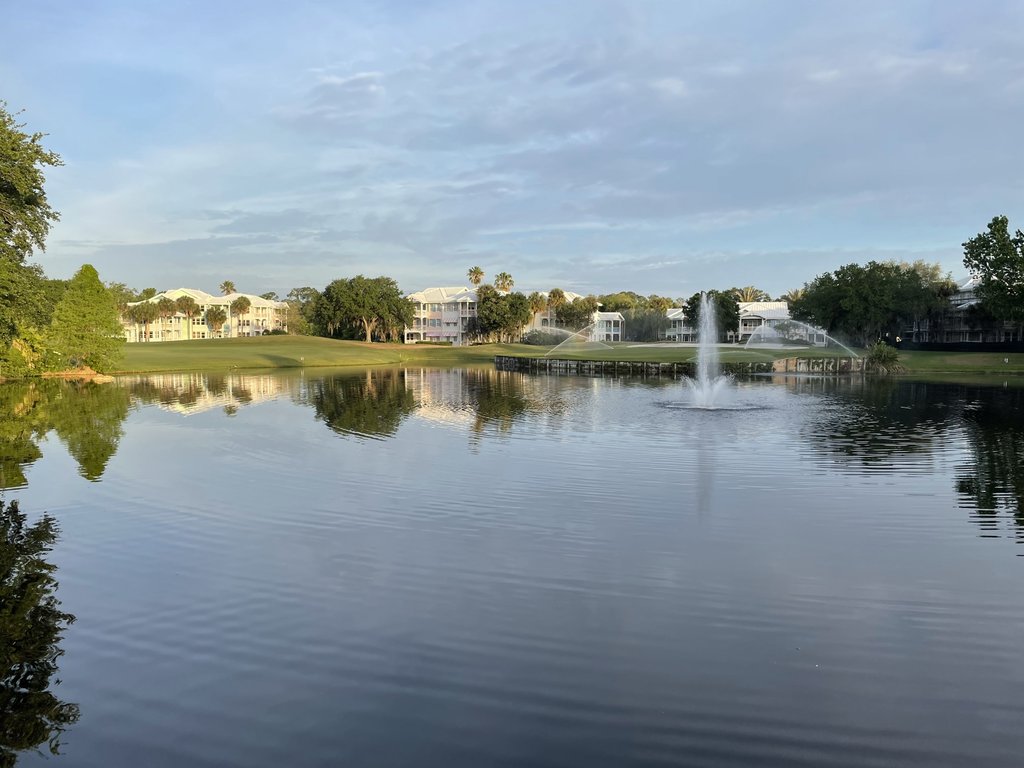 THE TITLE:
The reason for our trip was b/c E wanted to be there on her birthday!! This would actually be the 2nd time she's been in Disney for it. So, obviously all along I figured that the title would have something to do with it. You know, "The Birthday Trip" or something original like that.

I've mentioned in the past that I normally wait though until the end of the trip to decide what the title should be. On day 2 J made a comment to his mother & I that in our wildest dreams we couldn't have been prepared for. Right then & there E's birthday TR title was totally tossed from my mind & a new title was born!!

A sincere welcome to everyone reading!!
Click to expand...

First! Looking forward to it!

Glad to see this finally showing up!

I kid, I know you’ve been super busy lately. Looking forward to this!

Yay! Can't wait to hear all about this adventure! It will help the next 14 days go by more quickly until we leave for Florida!!

the title! J is a such a hoot! 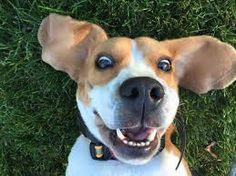 Ohh this sounds like a fun one!!
J's antics for the win!

Can't wait for your report! I was there those same dates Maybe our paths crossed and we didn't know it!

ToInfinity said:
First! Looking forward to it!
Click to expand...

And happy that you are!!

Loco_driver said:
Glad to see this finally showing up!

I kid, I know you’ve been super busy lately. Looking forward to this!
Click to expand...

TheMouseFan said:
Yay! Can't wait to hear all about this adventure! It will help the next 14 days go by more quickly until we leave for Florida!!
Click to expand...

Thanks!! We're 2 days after you!! Got to see if any of our parks coincide!!

Thank you!! You won't be disappointed with him!!

Haha!! Glad to have you along!!

Welcome!! Glad to have you!!

Happy to have you along!!

MickeyCB said:
Ohh this sounds like a fun one!!
J's antics for the win!
Click to expand...

It was--in more ways than one!!

KMP said:
Can't wait for your report! I was there those same dates Maybe our paths crossed and we didn't know it!
Click to expand...

Thanks!! Awww--that would be a bummer if they did!!

Thanks & glad to have you!!

Originally this trip was going to be Thursday through Sunday. I was going to ask to work early on Thursday so I could catch a late flight out that night. I was going to use Friday & Saturday as my days off for that week then Sunday as one for the following week. When presenting it to my boss he asked me when my sister was going. She was originally going to go Thursday morning. He told me to use a personal day for Thursday. That meant we would fly down Wednesday evening & have an extra Disney day!!

A few weeks before the trip I got notification that Southwest was moving our flight from 8pm to 7pm. Normally, I would be thrilled. I had planned on meeting E at her house as soon as I got done working at 4 & we were going to head to the airport right then. Now that the flight was an hour earlier I got concerned. The parkway heading towards the airport is a nightmare during rush hour traffic. Then, what if there was an accident on it? We would be doomed. I showed my boss the email regarding the flight change & he told me to leave at 3 instead!!

On the way to the airport I got the room ready text!!

Security was a breeze. 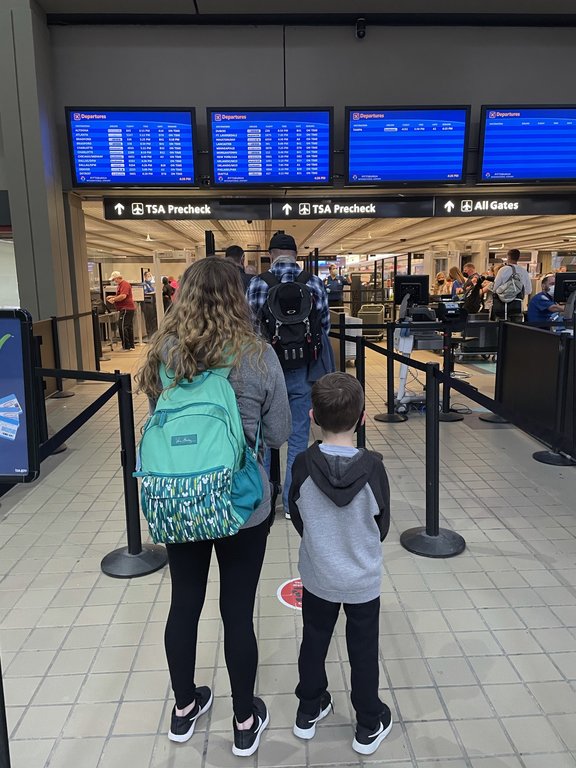 Well, thank goodness someone was open. The Pittsburgh airport is nothing short of a hot mess right now. Keep in mind it was about 4:45. It's hard to tell but Friday's was already closing for the day!! 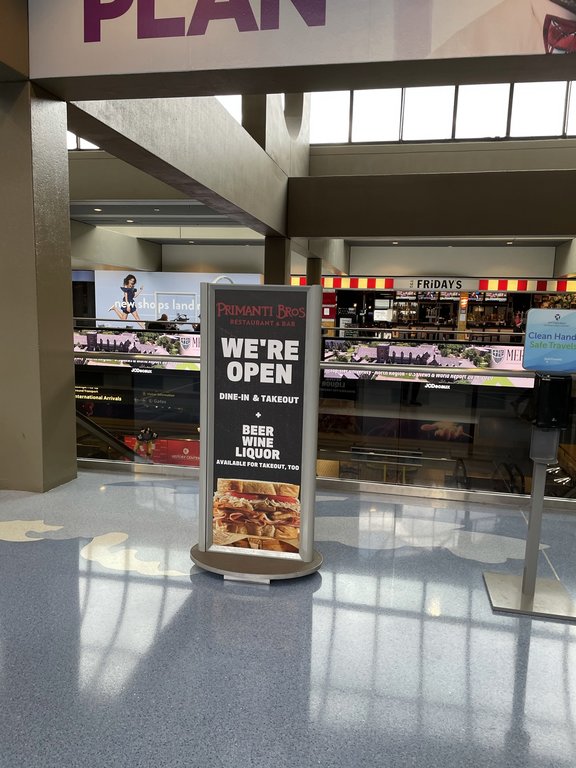 As was McDonald's!! Not that we wanted to eat there anyways!! 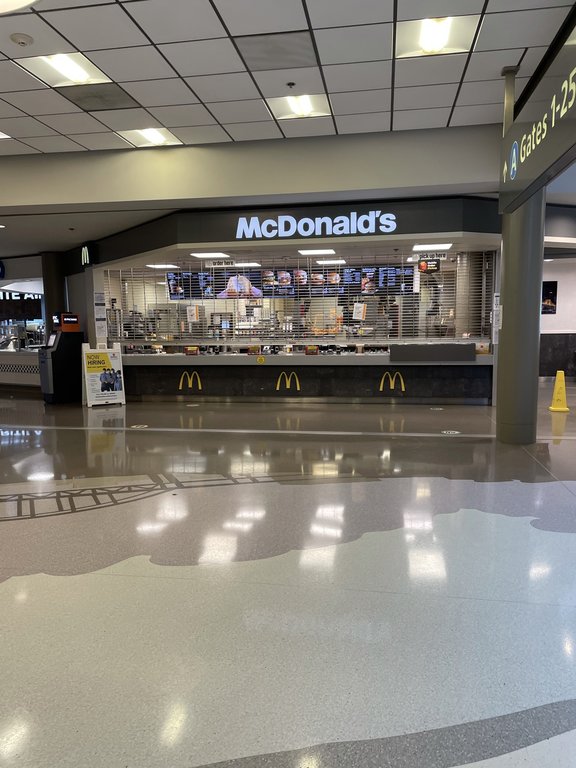 This was pretty much our only option. And not only ours--everyone else's that was in the airport also!! The people kept piling on in while we were there!! 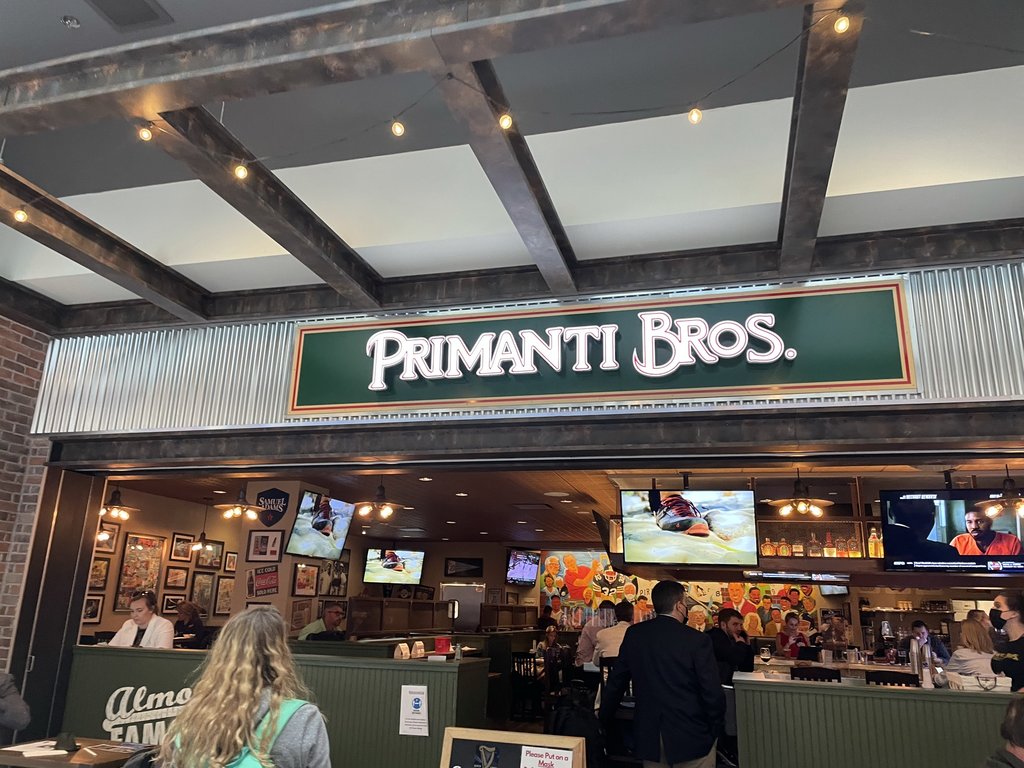 Now, let me say that E & I weren't too keen on eating here. I guess you could say we're not typical Pittsburgher's. Fries & coleslaw on a sandwich--no thank you!! I think their sandwiches are gross. 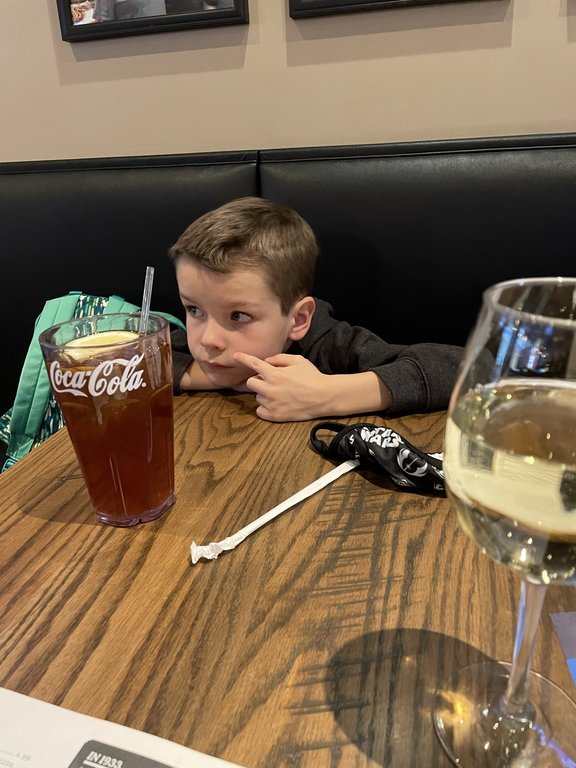 We were glad to see they had more items than just what they're famous for!! 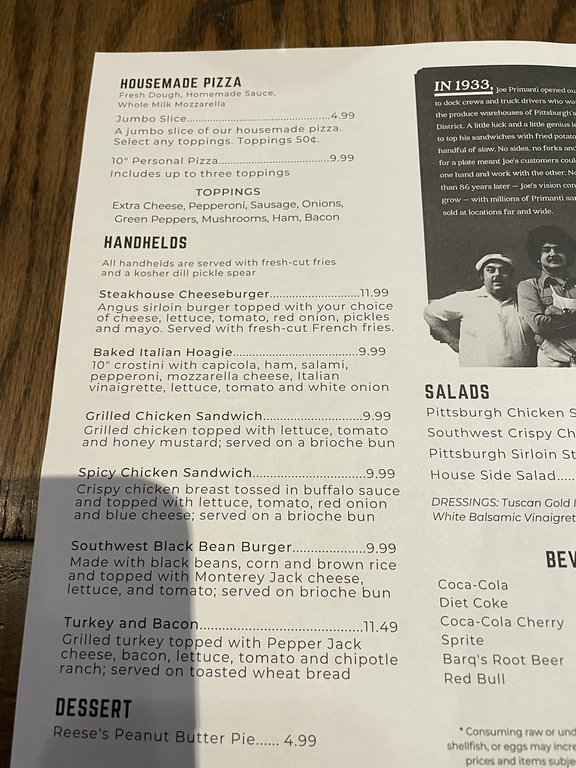 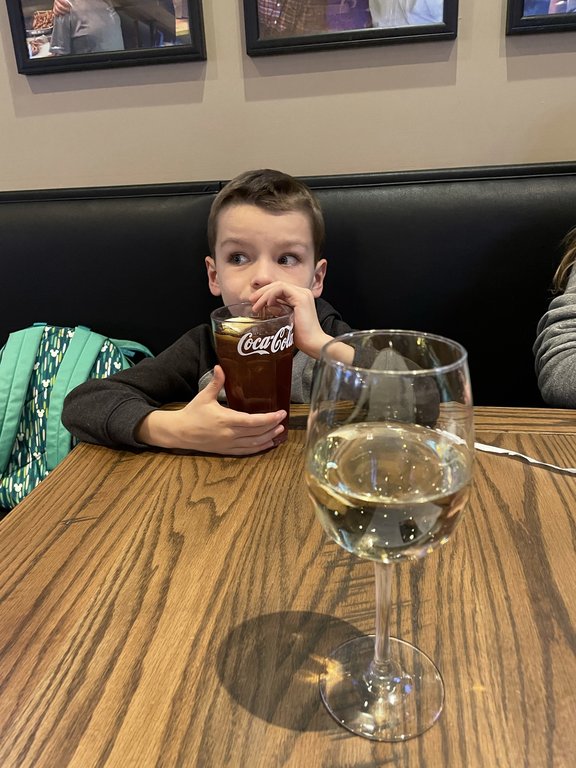 I got the turkey and bacon sandwich & was pleasantly surprised at how good it was!! I still don't care for their fries though--but at least they're on the side!! 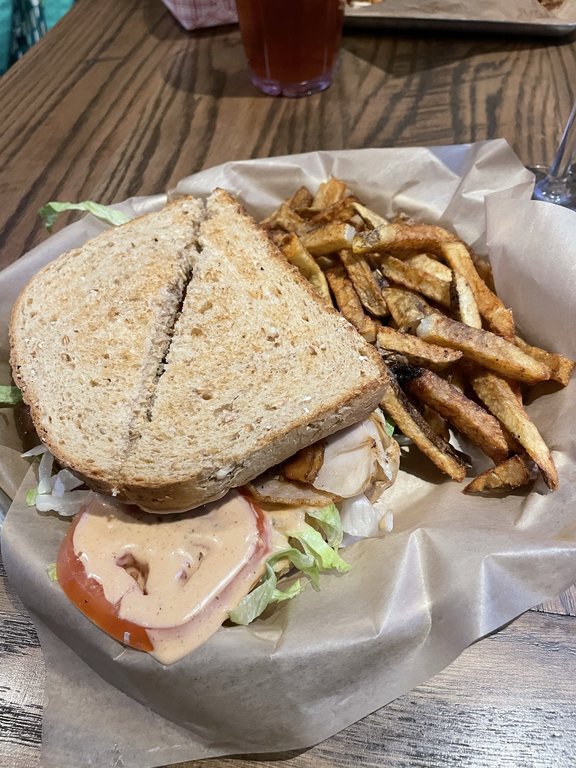 What J has there is a ham & cheese. That is one of their traditional sandwiches. The only difference is that he got his fries & coleslaw on the side instead of on it. 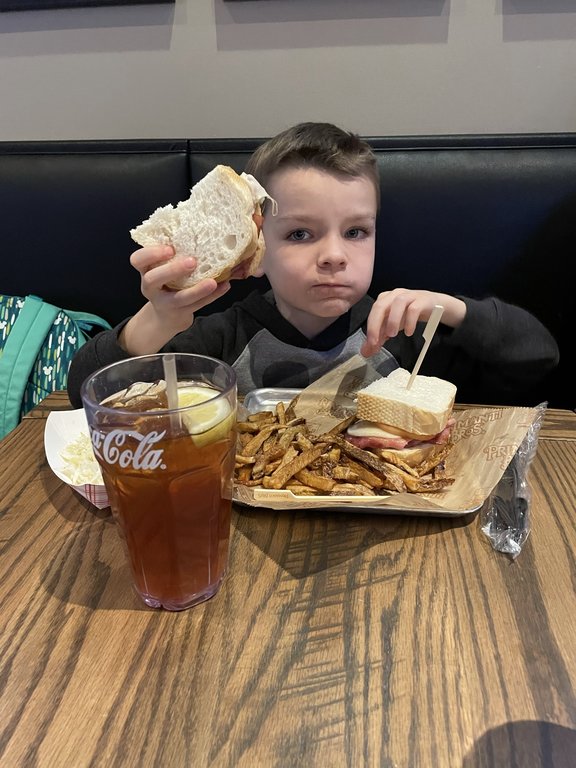 I forgot what E had but she also enjoyed her food. We said we would definitely go back there again!!

Looking forward to some J antics!

We made a stop in the Sarris store & purchased these pretzels. Did they ever get opened on this trip? No..... 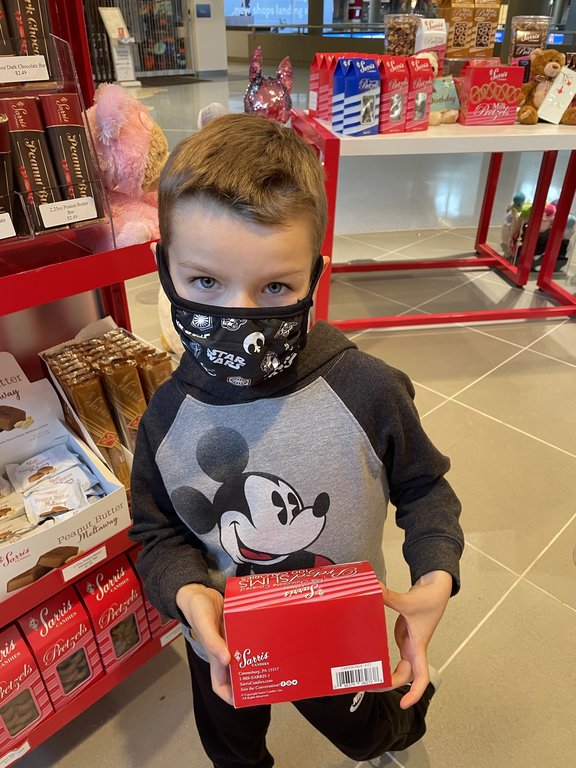 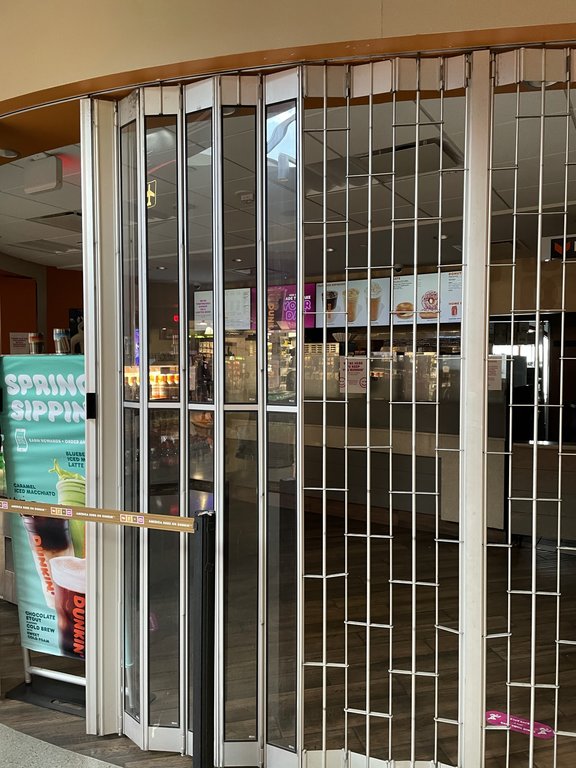 J was going to get a donut to eat on the plane but since that wasn't a possibility we went to Cinnabon instead. How about this letter that they had posted by their register?? Good for them for not beating around the bush but I must say I was shocked at how "harsh" the tone of that letter was. I'm sure their employees dealt with a lot of aggravation & I feel for them but it also doesn't make good business sense to put something like this in writing. 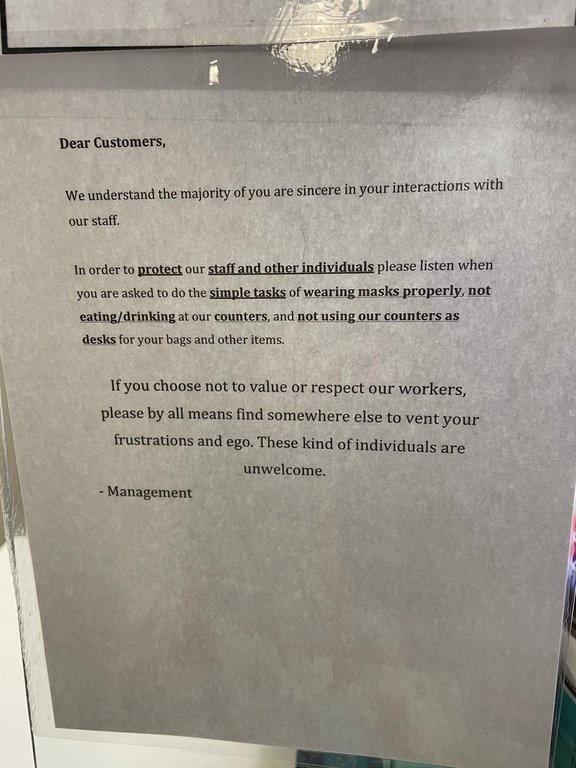 We respected them so they waited on us!! 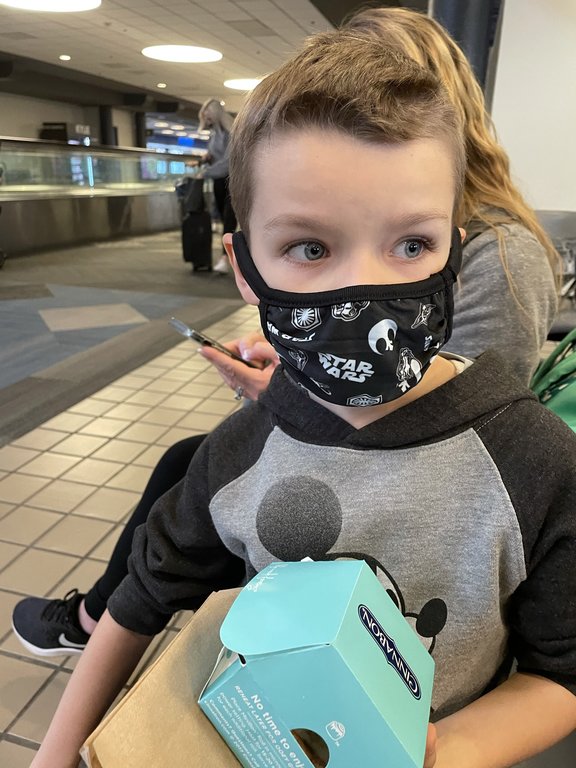 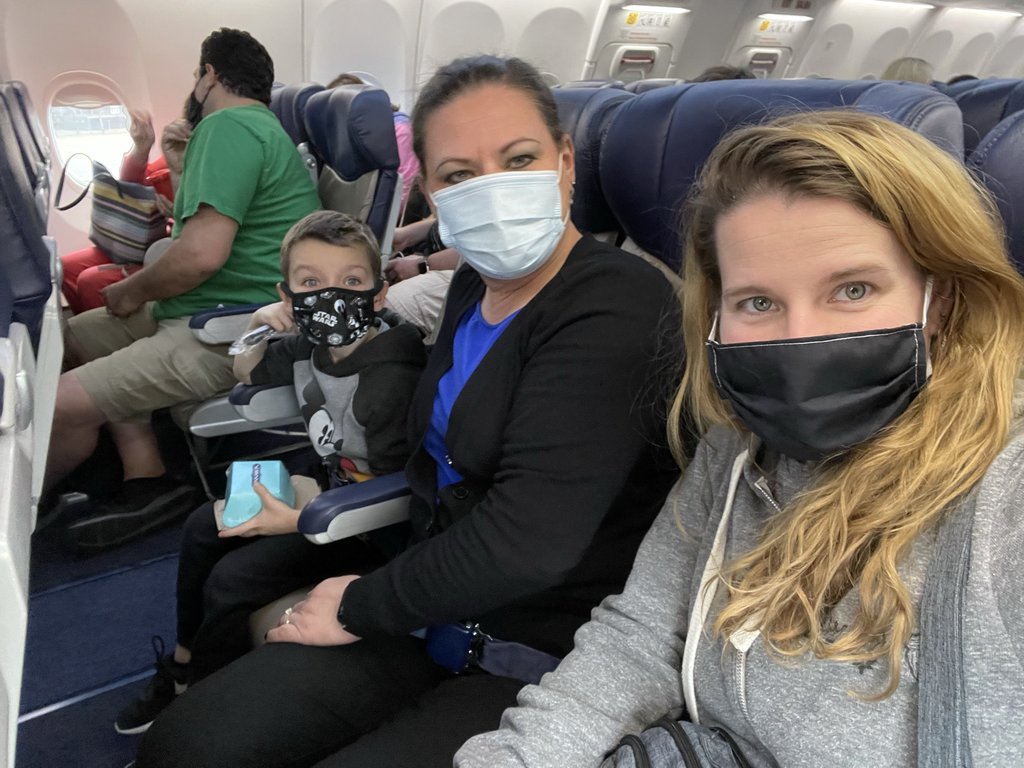 He wasn't reading the safety instructions but was very intent on watching the flight attendant!! 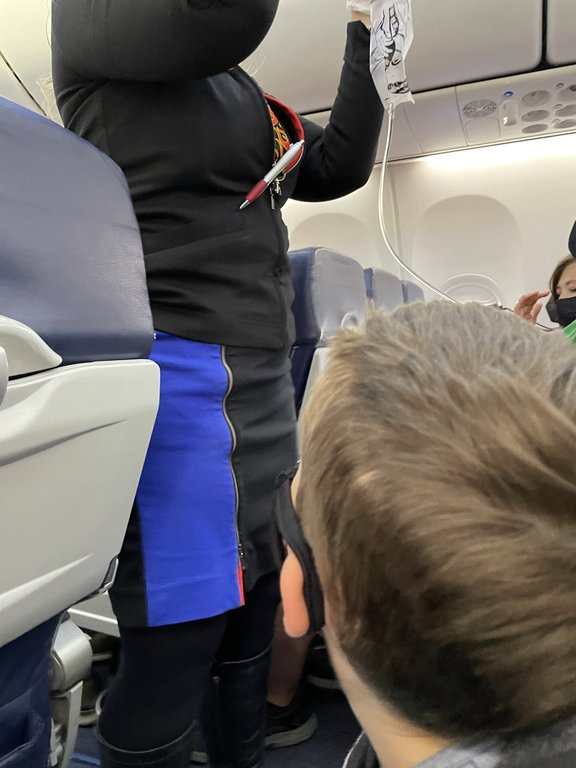 Then he ate his Cinnabon!! 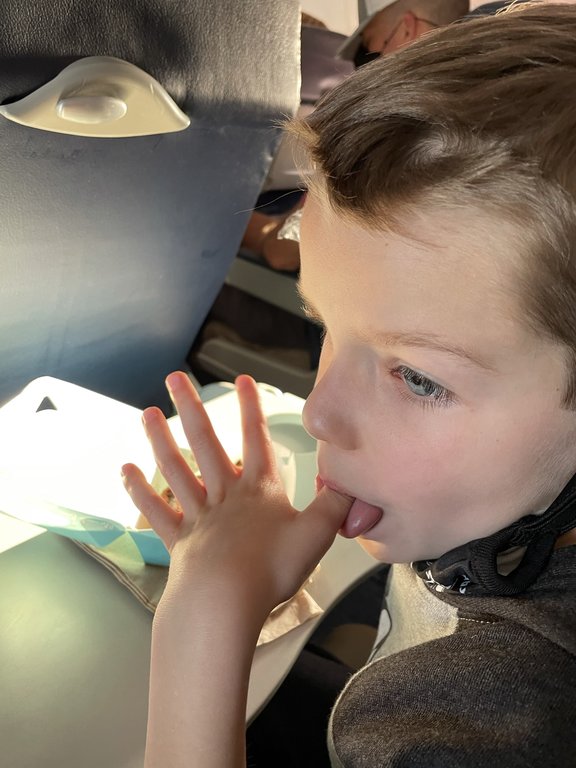 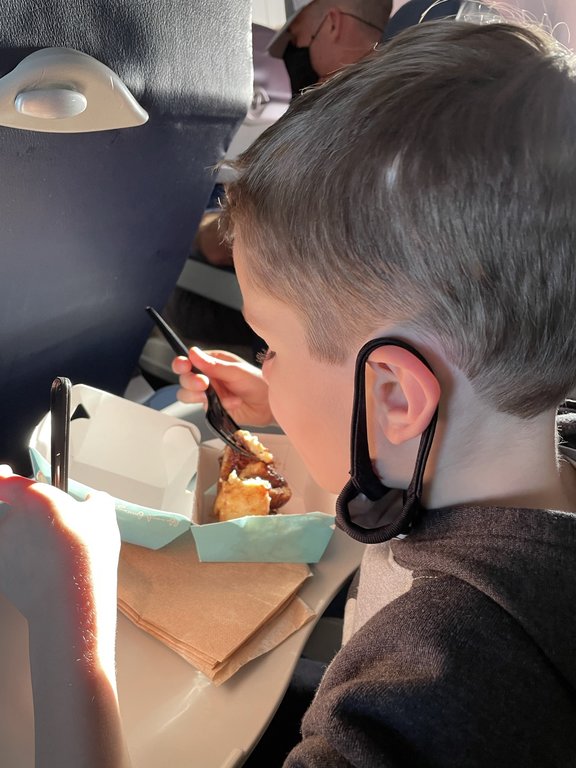 I was extremely excited to see that this episode of SVU was on. It's one of my favorites. SVU & Chicago PD have a few crossover episodes & this is one of them. The episodes are centered around this serial killer, Gregory Yates. I could watch those episodes over & over again!

Looking forward to some J antics!
Click to expand...

I wish I could be as creative as you all are with the gifs!!

Thanks!! He had a few good ones this trip!!

riverside said:
I was extremely excited to see that this episode of SVU was on. It's one of my favorites. SVU & Chicago PD have a few crossover episodes & this is one of them. The episodes are centered around this serial killer, Gregory Yates. I could watch those episodes over & over again!
Click to expand...