Original Poster
I was wondering if anyone knew of the differences in the portrait galleries between DL and WDW.. Im writing as part of a video series about the Magic Kingdom in FL and can't find any photos that differentiate between the two...For example: Is this DL or WDW (I didn't think the Magic Kingdom in Florida had windows here): 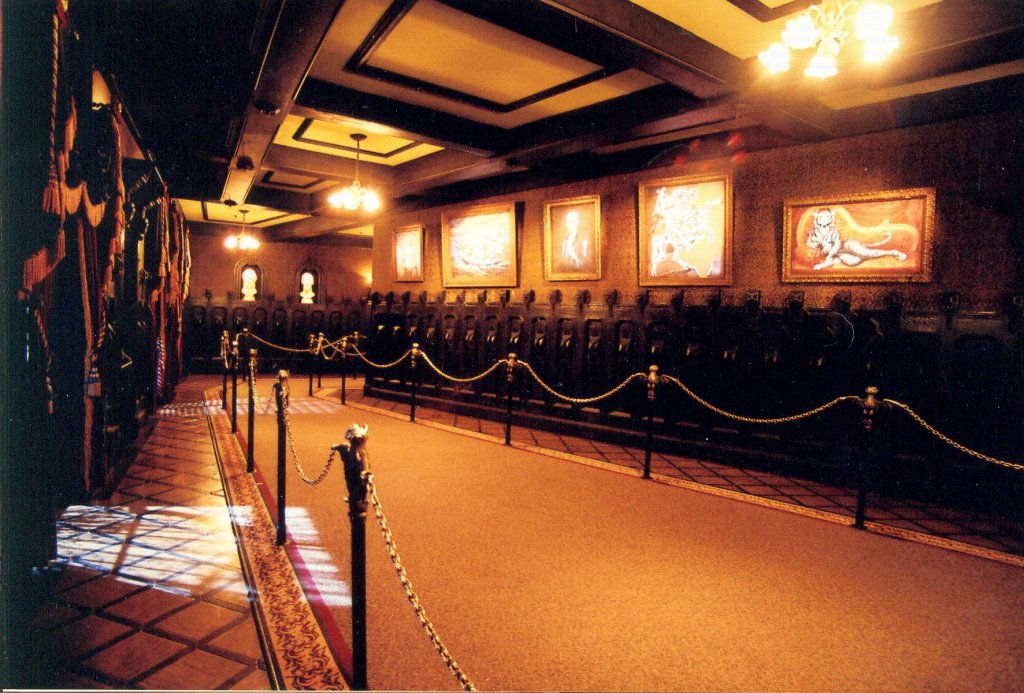 ... Also if you care to offer any other interesting facts in comparing the two! Any help you can offer would be appreciated, thanks...

Well that pic is disneyland because the portrait gallery at WDW is part of the ride. Both have windows. WDW's portrait gallery used to be somewhat different (the eyes were set back from the rest of the frame and would "follow" you). Those pictures were removed in the refurb a while back and relocated to the loading area, windows installed, and copies of the Disneyland portraits hung. Those and the current Disneyland portraits I believe are not the originals - as the lightning changing the appearance effect wasn't possible at the time. Instead they'd slowly morph like the gracey portrait in the foyer. I could be wrong about that last anecdote but I'm pretty sure it's correct. Pretty sure the new portrait gallery at WDW only has 3 or 4 pictures too.

You'll probably want to check out doombuggies.com if you haven't already. There's too much to post here about differences but the main ones are taller stretching rooms that are also elevators at Disneyland, a much more sophisticated audio system in the WDW stretching rooms, that the scenes in Disneyland's portrait hallway occur on the ride at WDW, the piano playing and staircase scenes at WDW, the Maddam Leota flying mechanisms are different, some small differences in the ballrooms, different attic layouts and brides, the hatbox ghost is now at Disneyland, trees with faces at Disneyland, animated hitchhiking ghosts at WDW, and the hurry back figure is on the ride at WDW but on the speed ramp exit at Disneyland. Obviously the buildings look different too.