Greeting from North Vancouver, BC, Canada

Original Poster
So a bit about myself: Ocean Kayak instructor, Videographer and film editor, athlete who races stair climbing and Stand Up paddling, build props and costumes occasionally, do lots of charity work and a member of the 501st Legion . ( Do you think I like Star Wars ?) .

What got me to like the mouse again: I went to Star Wars Celebration Orlando in April 2017 with my girlfriend. It was her first time, my second time. ( In fact I go to a lot of other comic and sci fi conventions ) . We stayed 2 extra days in Orlando after the convention to visit Walt Disney World. At first, I was really hesitant about having my girl friend take me to Disney Hollywood Studios or a Disney park, partially because I work in the film industry and in the outdoor retail world. I didn't want to be that guy who can only see a facade or a set and ruin the magic for my girlfriend ----- COMPLETE OPPOSITE AFFECT: I was able to turn my film production grown up side and turn in to a 13 year old again! On the morning before we had to fly back to Vancouver, we took the monorail to check out the parks and hotels. After I saw Epcot, I said to my girlfriend " We need to come back ! "
My girlfriend, who has been to WDW and Universal Studios a few times, had never seen a grown up man have so much fun. 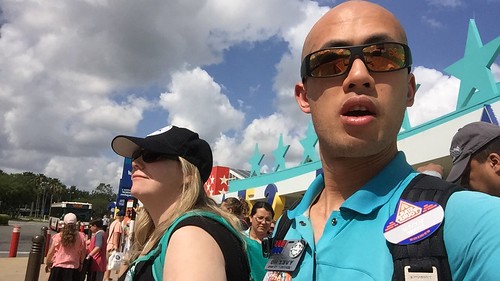 The last time I was in Disneyland Anaheim was 1993, when I was 10.
Prior to WDW, I have only watched Adam the Woo on youtube getting banned and unbanned from theme parks.


And for the Universal Studios fans, this is My Jurassic Park Wrangler gear and my T Rex coworker. 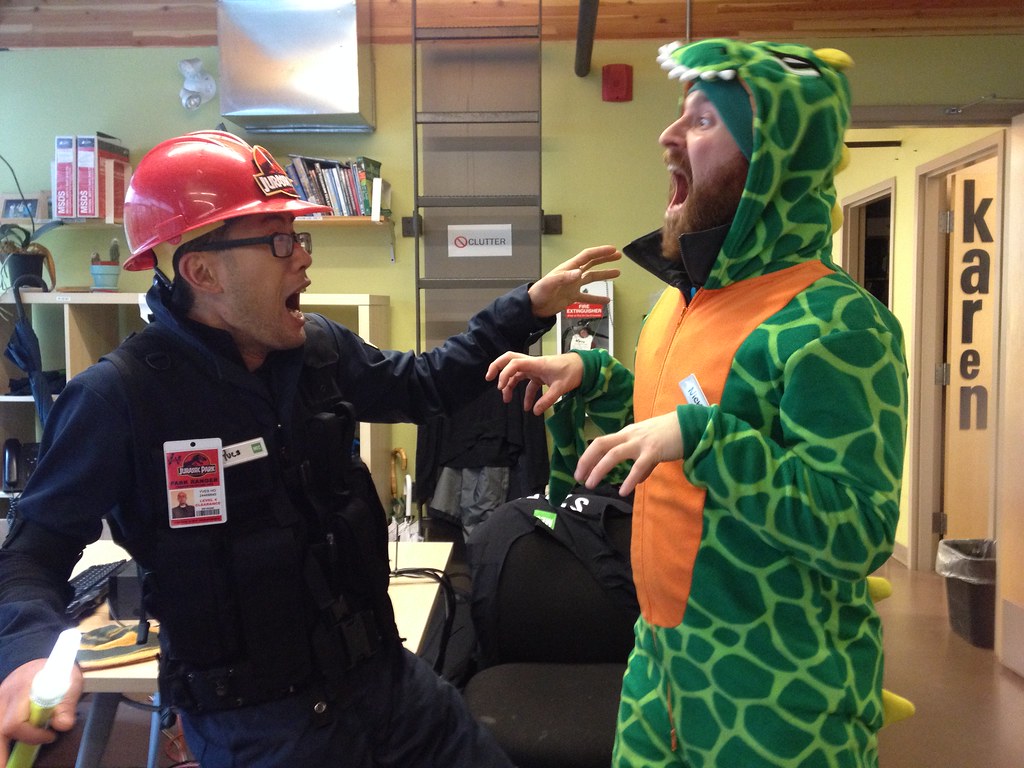 Hello and welcome to the forums!