Original Poster
Credit goes to Surfdawg with the original.

Mazes
——————
Nightmare Experiment (Soarin Extended Queue)
Inspired by Hong Kong Disneyland’s maze you are test subjects to a experimentation only for the experiment to go wrong, and face your greatest nightmares.

Escape from the Other Side (Hyperion Theater Queue)
Dr.Facilier has trapped you in the other side through his Voodoo, and the shadows are after you.

Alien vs Predator (extended Grizzly River Run queue)
A battle between Yuatja, and the Xenomorphs has landed on Earth. No matter who wins we all lose.

Dead of Summer (Grizzly River Run queue)
Freeform’s horror series has arrived. Can you escape from the murders in Camp Stillwater alive?

Villains’ Grove (Redwood Creek Challenge)
A portal to the world of villains has open, and you could see the the lights, colors, and sounds.
Once Upon a Time version: The series might be over, but the evils of Storybrooke has left their presence in the grove.
Villains Grove is the only non jumpscare maze to be open during regular hours & Fright Nights.

Ready or Not (Pacific Wharf tent)
Enter the La Dormas mansion to play a game of Hide & Seek in a deadly ritual by Le Bail based off the horror film of the same name with recreations of scenes from the film.

Pier Graveyard (Incredicoaster Queue)
Years of abandonment, and the original carnies are still in the ruins with a thirst for kills.

Something Wicked This Way Comes (Toy Story Mania queue)
The classic film returns, and Mr.Dark is after new freaks, and victims to add to his collection, and you’re on the list.
Scarezones
———————-
Shows
——————
Oogie’s Fear Show (Mickey’s Phillarmagic)

Fear After Dark (World of Color)
Your worse nightmares come to life in this nightmarish water show.

Fright Nights seems to have adopted a more mature tone for DCA...

And I kinda like this. Maybe have the less-scary attractions as free, while the mature ones are pay-per-visit, so younger or more sensitive audiences will stay away? Alien and Predator would still be free as standard meetable characters, though. Maybe a Halloween parade is in order, to feature characters like the Heartless?

Original Poster
Plus Villains Grove is the only attraction without jumpscares that is available in normal hours, and during Fright Nights.

I have scarezone ideas:

* Heartless Unleashed (Animation Courtyard); simply enough, various Heartless are now on the rampage in this scarezone. Would be located at the tail end of the area.
* Eye of Darkness (Pacific Wharf); an ode to Californian ghost stories and cryptids, who are now roaming the area.
* Nomanisan Jurisdiction (Pixar Pier); Syndrome’s thugs roam the area around Incredicoaster.

And the parade: Eureka Strikes Back. A dark, twisted revival of Eureka, with a distorted and darkly reprised soundtrack, darker colors, twisted floats...

Original Poster
I like the Pacific Wharf scarezone. As for Pixar Pier the scarezone might be theme to the classic Something Wicked This Way Comes with a maze as well.

Twilight_Roxas said:
I like the Pacific Wharf scarezone. As for Pixar Pier the scarezone might be theme to the classic Something Wicked This Way Comes with a maze as well.
Click to expand...

That’s a good idea, but the Syndrome one seems a bit more fitting. I was seriously considering third party IP like Don’t Hug Me I’m Scared, DanganRonpa, etc.

Original Poster
Has to be Disney IPs.

Twilight_Roxas said:
Has to be Disney IPs.
Click to expand...

That’s perfectly fine with me. Relying on homegrown IP is a great challenge and idea. Maybe extend Fright Nights to Downtown Disney as well? Cars Land could use a Ghostlight scarezone. The Ghostlight could float around the area.
Last edited: Nov 26, 2020

Miru said:
That’s perfectly fine with me. Relying on homegrown IP is a great challenge and idea. Maybe extend Fright Nights to Downtown Disney as well? Cars Land could use a Ghostlight scarezone. The Ghostlight could float around the area.
Click to expand...

Fright Nights is only in the park.

Twilight_Roxas said:
Fright Nights is only in the park.
Click to expand...

I see. Why would it be restricted to DCA and not have an area of DTD able to use it?

Original Poster
Because Universal keeps their event in the park not extended to Citywalk.

Twilight_Roxas said:
Because Universal keeps their event in the park not extended to Citywalk.
Click to expand...

That could be a nice point to differentiate us from Universal.

Have the scareactors not be on the route to DLP, then.

Miru said:
Have the scareactors not be on the route to DLP, then.
Click to expand...

Where do you suggest placing them, then? Downtown Disney is a straight line. 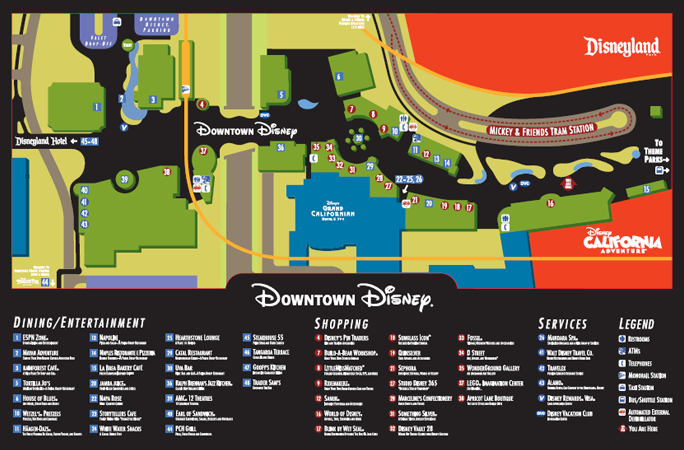 b-wolf95 said:
Where do you suggest placing them, then? Downtown Disney is a straight line.

In the corners of the map.

Original Poster
You would have to find a alternate route from DTD to DCA for that scarezone.

Will the event use blood and gore? I feel like a conventional (if perhaps scarier than DLP) trick or treat trail could be present somewhere. I had an idea for an overlay. California Screamin’ Revenge is an overlay of Incredicoaster that brings back the original name, but makes it dark and dilapidated, and vengeful. The indoor areas of the ride are now in darkness, the pre-show has become static, and the soundtrack is more frightening.
And another: Soarin’ From Danger. Now, the Soarin’ cruise schedule has gone haywire, and you must soar out of a series of dangerous villain attacks.