I’m doing this trip report as a follow-up to the pre-trip report- “the worlds on fire, let’s go to Disney World”.

I’ll do a by day break down, however, I wanted to start with a cheat sheet overview-

Well-Known Member · From Memphis
married father of three. Started going to disney in '84. Took my wife and kids to wdw in May '10 and they are now addicted too.

Original Poster
before getting into the actual meat and potatoes, I’d like to begin with a tangent. I’m 41, which means I was born in 1980. Our parents, and grandparents fought a war for the future of their families and, dare I say, the world. They lost that war, and we have felt the repercussions over the last couple of generations. The war I speak of was the War against tank tops (I’ll not use the more common term). The impact of that defeat is still being felt today. With the memory of the brave who lost their lives, and with the inspiration of many a male, and female, with moobs and hairy arms, wearing the aforementioned Tennessee tuxedo, I make my stand today. A stand that I hope to not make alone.

Today, I make the stand that bras are not outerwear. Below, you will find a photopass from my last trip. Memory maker, the biggest loss from this last trip as my youngest was cut out of most picture. Best we can tell, her mask would fall below her nose and she wasn’t diligent enough to pull it back up. The scolds with Disney were on the ball to a degree that I fear that my tax return may be in jeopardy as there is little photographic proof that I have a 3rd child. But, in addition to dozens of photos of strangers that loaded from buzz, haunted, Etc, I received a photo- of my party, along with the single most body confident person I’ve ever seen.

We love Disney Springs, and this trip cemented it, especially when I get to the evening of our Animal Kingdom day. We did an early dinner at Boathouse, a family favorite of ours. I’ve attached a photo of my burger- cooked to a perfect medium rare. We turned in early, as we had to be ready to drop our bags off at Pop early in order to take advantage of rope drop. More detail and pictures for each of the next 7 days, but the travel day was just a take it easy day. 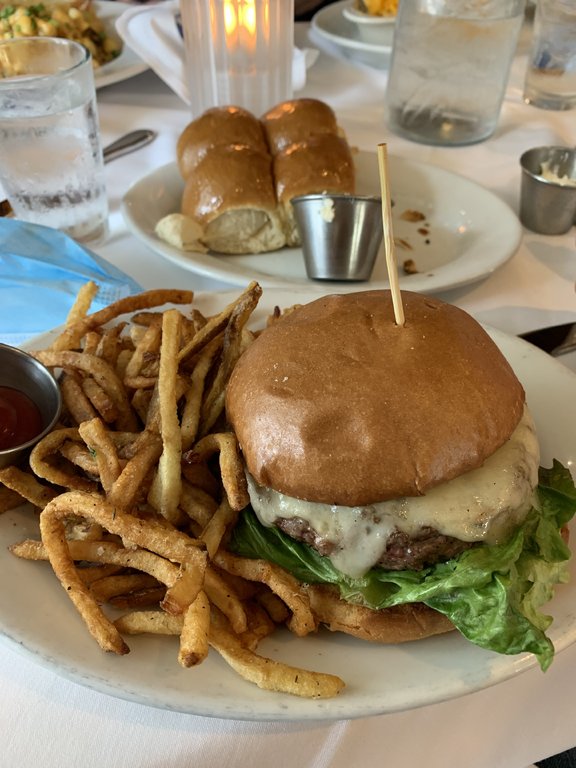 The burger looks good! What kind of fries are those? They don't look like standard ones.

Songbird76 said:
The burger looks good! What kind of fries are those? They don't look like standard ones.
Click to expand...

Honest to goodness, I couldn’t tell you. They were the ones that came with the burger, but were far crispier, and better seasoned than the typical fries on property.

Arrived at Pop Century at 4:30am. We dropped our bags off and quietly walked around the resort. This is our third stay at Pop, but first since 2013. We got to the bus stop at 5:50am. Before judging me, the first batch of riders arrived just before 6am, so I was feeling pretty good as, by 6:15am, there were roughly 30 people already in line. By the time the bus got there, at 6:35am, the line had reached approximately 100+ people.

We arrived at MK by 7am. CMs let us through at 7:15am. The goal was to rope drop 7dmt. But, I’m a coward and I shifted to Peter Pan’s Flight. The wait was a bit much and we waited about 10-15 minutes for it to open, but we were the first to ride. I’ll paste below the rides and order we rode. We ended up doing lunch at Whispering Canyon, a family favorite from previous trips. Due to us being a bit worn out, we turned in by 6pm. To prep for the Epcot and Hollywood days, me and the two youngest cowboyed up and rode the skyliner all over god’s creation. I went terrified at the thought, quickly grew to love it.

Rope drop at Magic is problematic. Nothing is announced before hand. I know nothing is promised, but for the love of god, is park operations a small child with a magnifying glass standing over an ant? Also, Splash became a problem as the wait times are consistently longer than space, 7dmt, etc. Disney’s virtue signal is a pain, but yolo.

Magic Kingdom has always been our favorite. All things considered, a solid 8 out of 10. Only things keeping it from being a 10 were the self inflicted wound of not closing it down as well as the vague nature of Rope Drop. Further deduction due to Splash Mountain. It’s gift shop is set up as if our favorite ride is now in witness protection as there is nothing identifying it as being for that ride. Also, in the beginning of what would become a trend, my youngest was cut from most pictures via memory maker and was replaced by a host of total strangers. 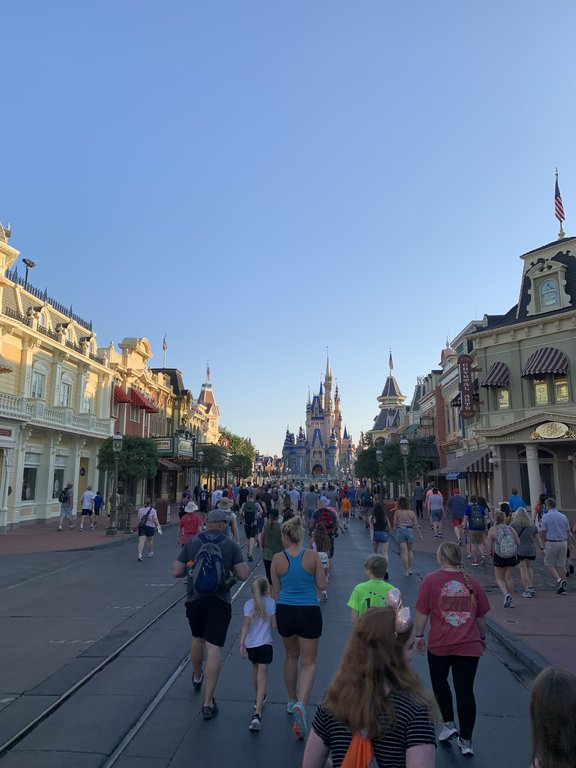 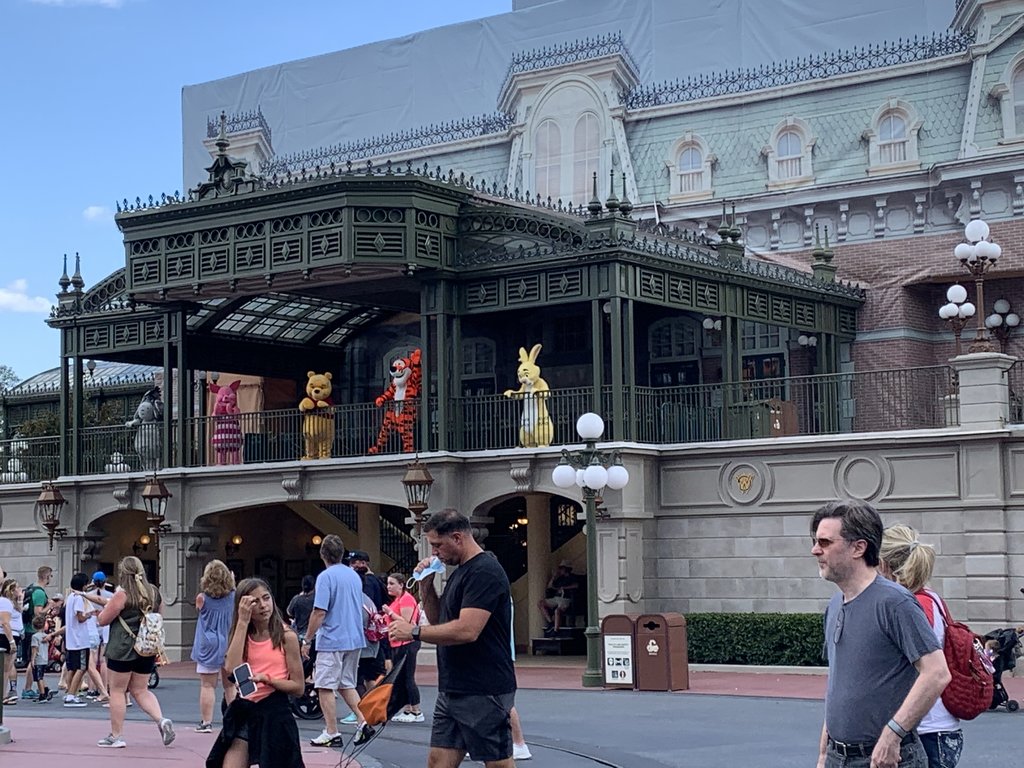 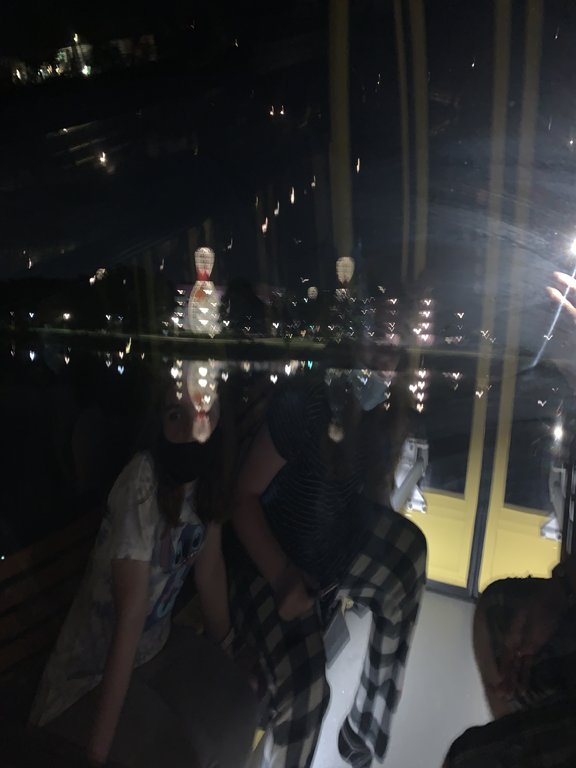 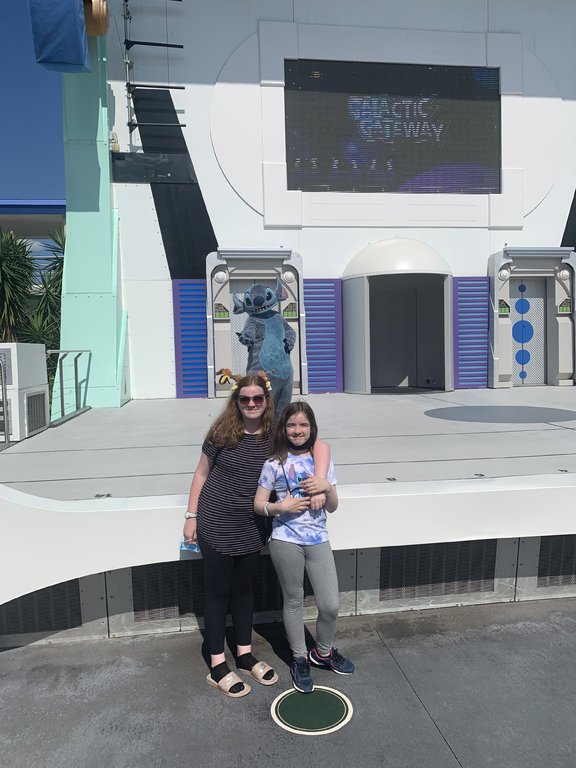 Day 2 Sneak peak-
Animal Kingdom, done by 1pm. By midnight, it goes down as one of the best days on property we’ve ever had.
Last edited: Jun 6, 2021
R

Original Poster
They were. I’ve been on a diet for 2 years- lost over 100 pounds. Those dinner rolls were a gateway drug this trip.
C

enjoying your trip report, we are headed to WDW 1 week from today!

jharvey said:
I know nothing is promised, but for the love of god, is park operations a small child with a magnifying glass standing over an ant?
Click to expand...

cdatkins said:
enjoying your trip report, we are headed to WDW 1 week from today!
Click to expand...

are they utilizing any of the inside queue spaces yet, or still making people wait in queues outside mostly?

cdatkins said:
are they utilizing any of the inside queue spaces yet, or still making people wait in queues outside mostly?
Click to expand...

Inside queues used, and once you got to those, they moved quickly. However, I’d rather be in hell with a broke back before I ever do the Mickey/Minnie queue again. It’s outdoors and ran forever. I can’t prove it, but I think it passed through Gringotts

Following along. Loved the reference to Gringotts. Now that's funny!

Following along! This is going to be entertaining - I can tell already!

We arrived at the bus stop at 5:50am, with my daughters. Rest of family made it down by 6:10am. Crowd started to form shortly after. We made it to the park and were at the tapstiles by 6:55am. CMs let us through at exactly 7am. We had not been to AK since January 2017 and have never been exposed to Pandora.

We were 3rd into the park! I confidently followed the two people ahead of us hoping to god they were not going to the bathroom. We are Splash Mountain fans. We swear by it and it’s our favorite. If I’m honest with myself, Flight Of Passage is the new top dog. For all that is holy, I nearly cried. Fight me on this, it was amazing.

A few things to note, it was around the time we were in line for Kilimanjaro that we began to realize that Disney was cutting my youngest out of my family, to be replaced by randos, via memory maker. I called customer service and, after multiple disconnects and errors, was given the direction to find someone in the park to assist. My response was, “have you been to a Disney park?” If I take time out, especially at this park, I’m giving up a spot in line to a couple thousand of my closest friends. As I felt my pettiness begin to rise, I passed off with my wife who dealt with customer service. You will never know how much of an addict you are, or how cheaply you can be bought off, then when you go from nuclear rage to contented with an anytime FP for Flight of Passage. So, yay! Rode that twice.

Lunch was at Satu’li Canteen (I’m too lazy to look up the proper placement of the ‘). This was our first exposure and it is now probably our favorite CS in the parks. The only true competitor, for me, is Columbia Harbour House (down now) and Flame Tree. I had the pods- whoever said they tasted like a McDonald’s burger was high. But they were great. The little blue cheesecake was amazing though. I’ve been on a diet since 2019 and hadn’t had cake of any kind since then, so I may be suffering from recency bias, but it was amazing.

With that said, AK is still a half day park, and we didn’t have park hopper. We headed back to the hotel by 1pm... But this is probably still either the best or second best day of the trip because... Disney Springs.

We made it to the springs by 6pm and just relaxed. We stopped by the Coke store with the intention to hit my brother with a Beverly. Instead, we all shot Beverly, because we are stupid. Then, as a non-drinker, I said to heck with it and ordered the silliest looking adult beverage I could- Simply Rainbow (photo below).

But the live music was the thing. I’m from mississippi originally and have never been exposed to much in the way of live music. So, the first act we saw, in the landing next to the amphicars at Boathouse- Joseph Jovanni was great. Played a decent mix of pop songs with a unique flair, with a fair amount of humor mixed in. We had a 8:30pm for Raglan, a first for us, so we moved over. They had someone performing on the patio and he was amazing. I missed his name, but he was a from the tap Irishman. His performance of Hurt gives me chills thinking about it. Raglan was amazing. The food was a 7 out of 10, but the show, the dancers, the singers, etc, bumped it to a 9.5 out of 10. It is our newest must do every trip restaurant.

Day 2 grade: 9 out of 10.
Wins- Rope Drop
- Flight of Passage
- Pandora theming as a whole (better than Galaxy’s edge, fight me)
- Raglan Road 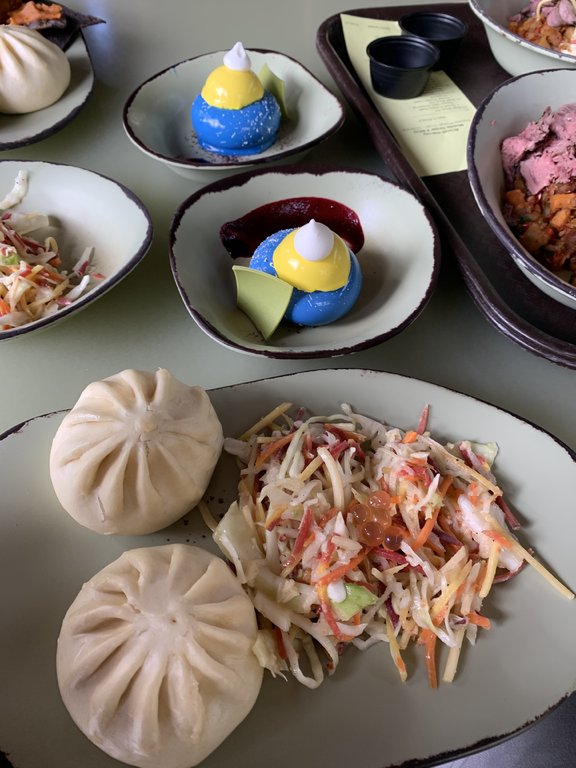 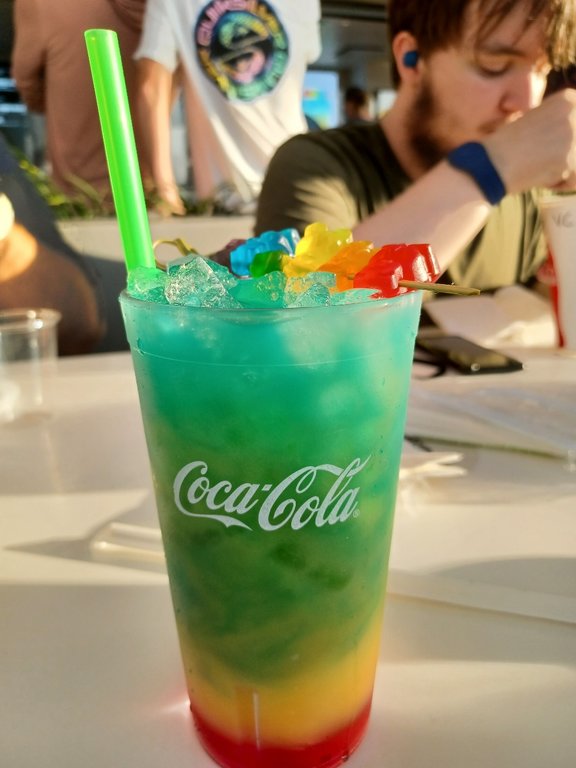 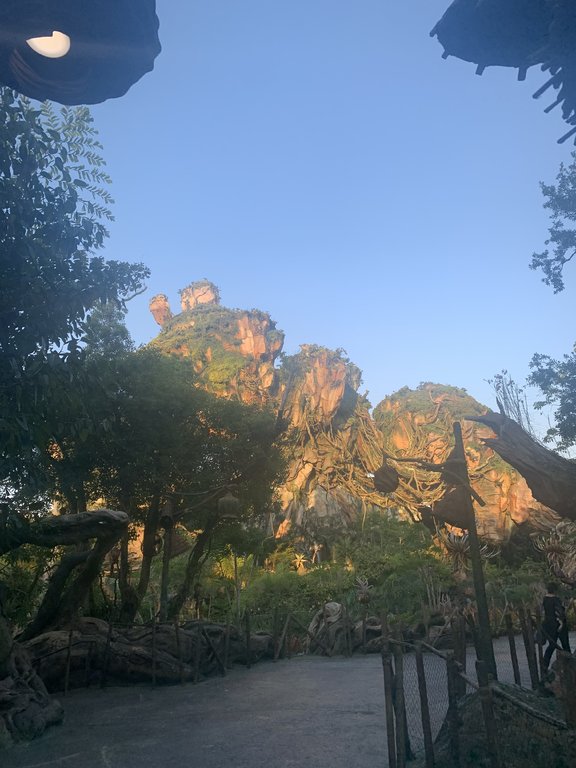 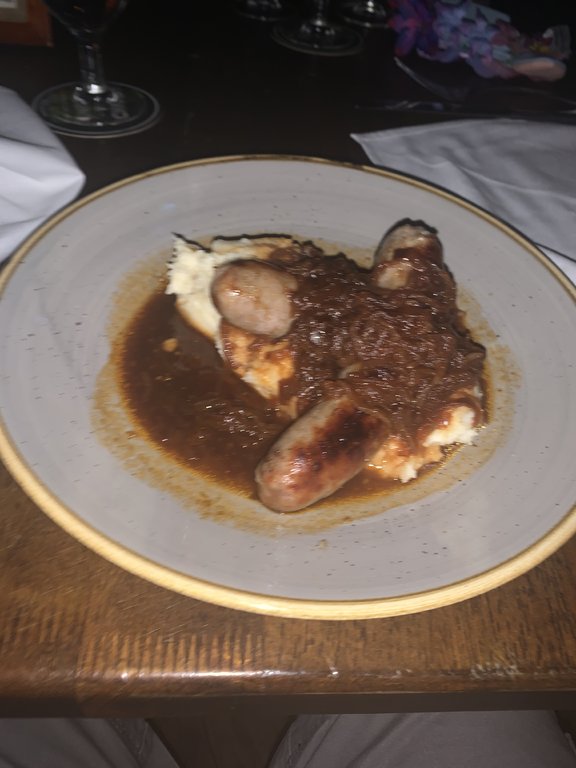 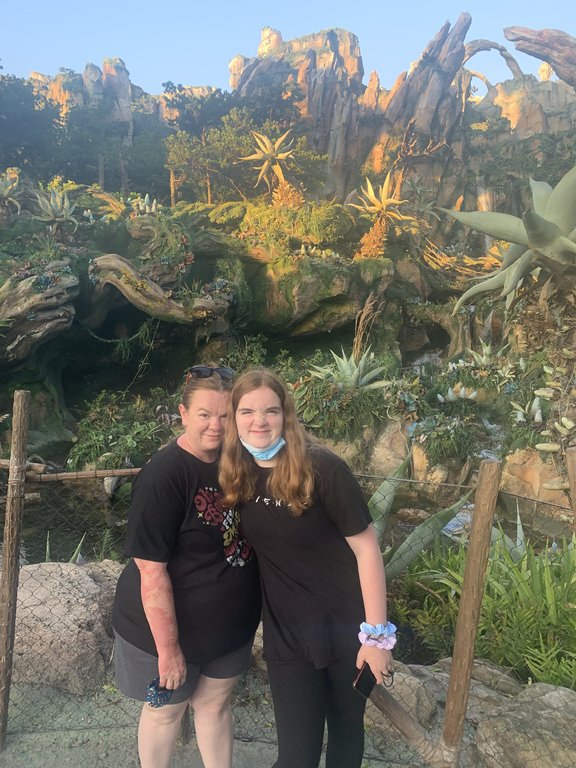 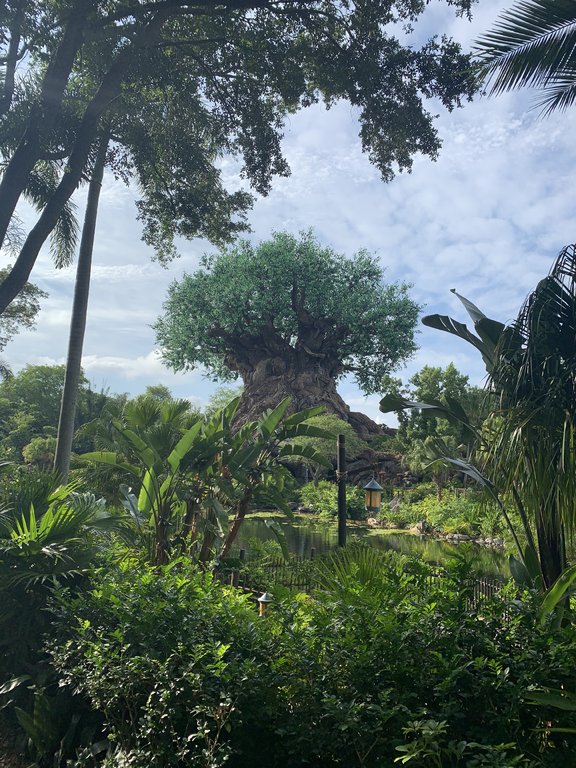 Original Poster
Oh dear god, that bangers and mash pic looked grotesque- it was a lighting issue. I promise, it was amazing.
Last edited: Jun 7, 2021

jharvey said:
Also, in the beginning of what would become a trend, my youngest was cut from most pictures via memory maker and was replaced by a host of total strangers.
Click to expand...

jharvey said:
at we began to realize that Disney was cutting my youngest out of my family, to be replaced by randos, via memory maker
Click to expand...

You kind of make it sound like they photoshopped someone else in her place? Or do you mean you just received other people's pictures instead of hers? I feel like the latter is a common issue and you can request any missing photos here: https://disneyworld.disney.go.com/photopass/contact-us/