Dumbo the Flying Elephants - Elephant Vehicles with No Hats ?

Original Poster
It appears that when Disney World first opened, the Dumbo vehicles originally had no hats. You can see evidence of this in a clip from the 1971 grand opening TV special:


As well as this image: 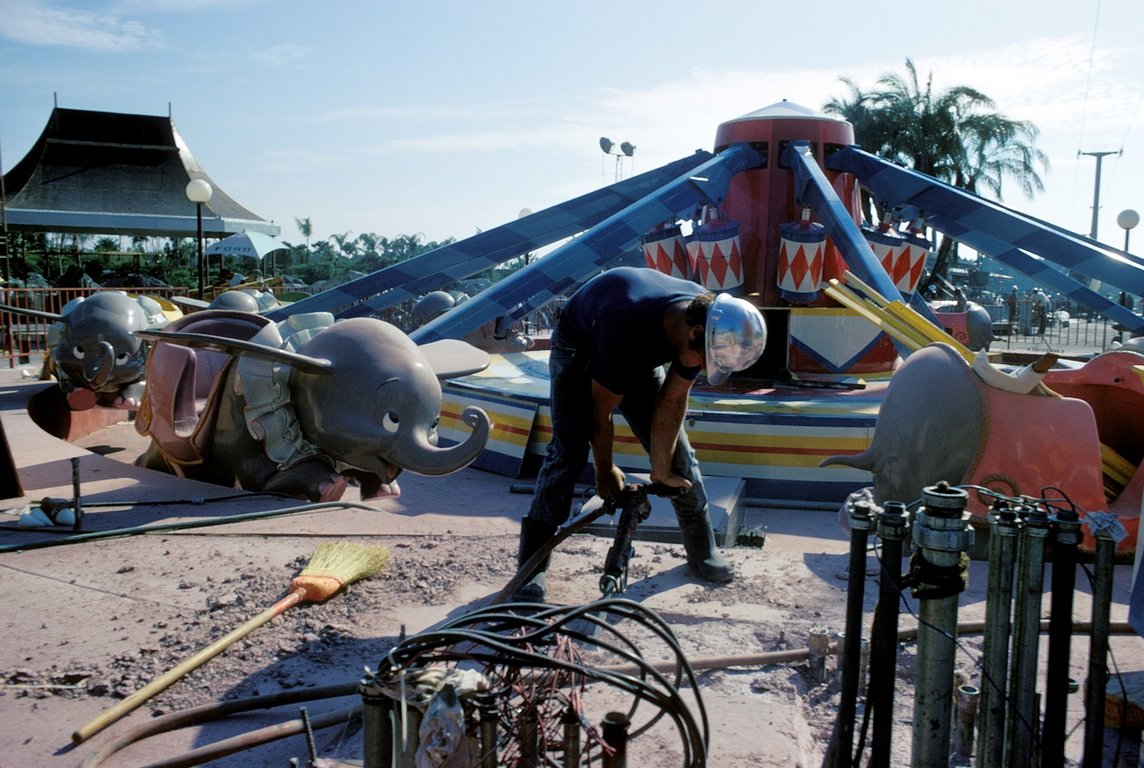 And this one image from the New Fantasyland timeline page: 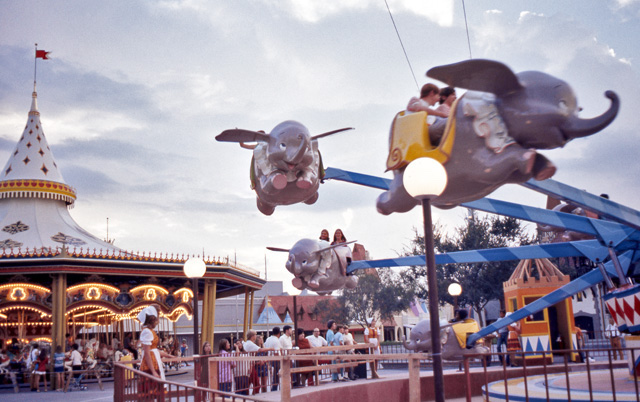 Does anybody know why the elephants didn't have hats, and when they were finally updated to include them?
Last edited: Sep 10, 2020

Advertisement
Found this on another Website. Like anything else on the web, I have no idea how correct it is.

1) An original attraction – Dumbo the Flying Elephant was one of the original attractions when the Magic Kingdom opened in 1971. It was modified from the Disneyland version, which had 10 elephants, to include 16 vehicles. On opening day, there was no Timothy Q. Mouse (Dumbo’s pal) and the elephants did not have hats, as we see today. The hats were eventually added after a couple of months, but the Timothy Q. Mouse figure wasn’t added for about two years.
Last edited: Sep 10, 2020

They look so weird without the hats.

Hmmmm. I believe that in 1971 skin cancer in elephants was being discussed but not like in the present day. Disney wasnt overly concerned about Dumbos being protected from the FL sun. After one Dumbo got sun burned and reported it to his Amusement Elephant Union rep, who then threatened all Dumbos would go on strike unless Disney provided protective sun hat gear. Then miraculously hats showed up.

But they're more aerodynamic...

I bet the internet went crazy when people saw them without hats.
T

Of course without hats little kids on the ride had a better view. Frankly if you want kids to enjoy the ride as much as possible they should remove the hats.

It was a protest by the Dumbos-they felt that they shouldn’t be plopped down in the middle of FL, and that they wouldn’t wear their hats until they got their own corner. Disney told them they were working on it, and if they put their hats back on, they would build them their own land. A mere 41 years later, and the Dumbos got what they wanted, but threatened to take their hats off, and hold Timothy hostage, if their future requests weren’t met in a shorter timeframe. As @JIMINYCR noted above, the AEU always get what they want.

danlb_2000 said:
I bet the internet went crazy when people saw them without hats.
Click to expand...

Well, They could fly if they want to. They can leave this world behind....
You must log in or register to reply here.