Anyway, I've heard a lot about the Disney characters appearing in the ride, including Mickey, Minnie and Goofy (who is your train engineer), as well as Pluto (allegedly on the drive with Mickey and Minnie) and even Daisy, who has a dance studio, as the video explains.

However, in all of the information on the ride I've found, it seems like they never mention one other member of Mickey's inner circle, one very significant character: Donald Duck. Is he not going to be in the ride at all? If he is, where will he be? I personally think he should assist Goofy in operating the train (probably as a fireman or maybe as a conductor), or at the very least appear with Daisy in her scene (if that video is any indication).

What's going on? I really hope Donald makes it into the ride. It would be awkward for him not to be there.

Shouldn't it be called "Goofy's Runaway Railway" since he's the train conductor?

MisterPenguin said:
Donald is the narrator.
Click to expand...

Is that true? Maybe @marni1971 can shed some light or something.

mharrington said:
Is that true? Maybe @marni1971 can shed some light or something.
Click to expand...

psst... it was a joke. Donald is near unintelligible.

MisterPenguin said:
psst... it was a joke. Donald is near unintelligible.


KevinPage said:
Donald has his own ride but Imagineering named it after another character

You mean Mickey's Philharmagic? That's not really a ride. It's more of a show. Or did you mean that Mexico boat ride in Epcot?

There is never sarcasm on these boards

Surfin' Tuna said:
There is never sarcasm on these boards
Click to expand...

The comment about Donald as narrator seemed sarcastic to me.

When I was asking about whether or not Donald was in the ride, I was being serious. It is also why I was brought up @marni1971. I figured he or maybe @GiveMeTheMusic could shed some light.
S

I was giving a sarcastic response to the sarcasm on the boards...

You mean Mickey's Philharmagic? That's not really a ride. It's more of a show. Or did you mean that Mexico boat ride in Epcot?

No more jokes or sarcasm, please.
Click to expand...

MisterPenguin said:
Donald is the narrator.
Click to expand...

Boy, Can you imagine that?

Original Poster
For the last time, do we know if Donald Duck will be in Mickey and Minnie's Runaway Railway or not? And no joking non-responses, please!

Donald is in Daisy's sequence. In the new cartoons, they constantly bicker. The cartoon is from "The Adorable Couple", so they are together. Yes, Donald is featured on the ride.

Tanna Eros said:
Donald is in Daisy's sequence. In the new cartoons, they constantly bicker. The cartoon is from "The Adorable Couple", so they are together. Yes, Donald is featured on the ride.

That's just a cartoon, though, a clip of which is featured in the video at the beginning of this thread. It's Daisy's dance studio. At no point do they divulge Donald's name. Now, he may appear with Daisy in the scene in question, but until I have more information, I'm going to assume he's not there. Which is why I am trying to reach out to someone who might know something, such as @marni1971 or @GiveMeTheMusic.

There are reenactments of the cartoons in the ride. The ride is basically a 2.5D clip show of the new Mickey Mouse cartoons. Donald is part of the show. Why do you think a slight slip up by the narrator of the video would equate to Donald not being in it? He's part of the series.

I'm sure within the havoc on the train ride will see Donald and random other characters do cameos..Kind of like when they throw Oswald in them for a brief second.. 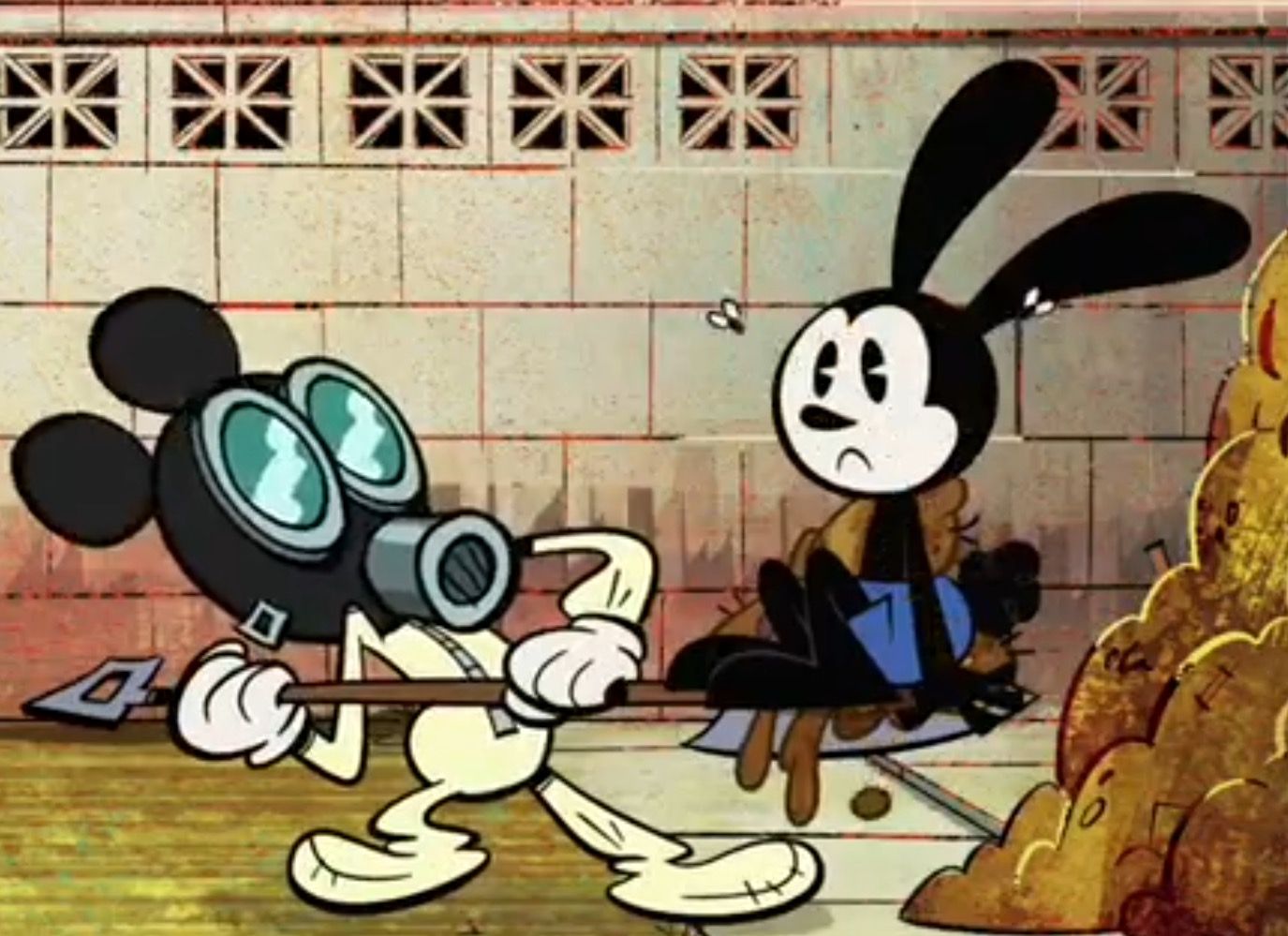