Here is the thing…

Whether it’s Santa or Superman, the companies flaunting wears (or events) with these characters are doing so because they hope to again sell you something you’ve previously bought.

They are counting on nostalgia. That’s the whole concept - There’s no desire to actually create/sell/promote anything NEW. If they did want to make something new, they would (Jingle Jangle?).

So any intention to update/broaden the image of a nostalgia icon is going to be a balancing act. What can you change before the icon loses what value it was bringing?

Can Luke Skywalker be a cynic in his old age? I wasn’t expecting that, but it didn’t ruin it for me. Yet it absolutely ruined it for others.

Can Snow White be black? Eh, well, she doesn’t HAVE to be, but uh, you know… her name.

Can Ariel be black? I don’t see why not. I don’t think the red hair and the white skin is THAT vital to the iconography necessary to induce nostalgia. I think a tail, a seashell bra, and singing “Part of Your World” while perched on a wave-crashed rock is sufficient. But maybe audiences will disagree.
Last edited: Nov 10, 2021

DisneyCane said:
This isn't a supposed to be a black man dressed as Santa. He's supposed to BE Santa. Santa is a fictional character who happens to be white. This would be like having Mickey Rat instead of Mickey Mouse.

This isn't "inclusion" it is pandering. Would we celebrate a white actor dressed up as the Black Panther? I don't think so and I'd be just as against that.
Click to expand...

My daughter is now 10, but when she was much younger she always thought that the real Santa was at Disney and we would see him annually. There would be some obvious discontinuity that I would have a hard time explaining to her if she were still younger and we were still visiting. I am not so sure that at a certain point she would continue to believe in Santa if I explained to her that the magic of Santa allows him to change colors. She might have bought that and she might not have. Its also possible that I would have taken the approach that the real Santa is extra busy in the North Pole and that is why he looks different this year. I really don't know how I would approached it because she certainly would have asked why he looked different. Nevertheless, I am glad this happened later in her life so that now I do not have to go through mental gymnastics to try and convince her that Santa is real and hangs out at Disney.

If they are going to follow John Hench’s Imagineering rule about not having any contradictions, I would hope that an African-American Santa would not be dressed 15th-18th century Germanic garb.

Change it UP! If I’m supposed to believe this is some saint carpenter/toy maker who has been miraculously doing this gig for 500 years first in Europe, then globally, BUT he doesn’t look like the race I’d expect…? THATS FINE, but justify it with a new backstory.

And I don’t mean some stupid thing you have to read somewhere. I mean tell the backstory with the costume. Can there be African decorative elements woven within the suit instead of bells and reindeer?

You’d think that Black Panther would have shown them what an awesome creative opportunity this is, and it would be met with great success. I’m all for it.

We live in a world where the majority of characters in pop culture have been white.

Santa Claus is a fictional character whose race is not a quintessential part of his character. This should be a non-story.

Wow, this thread certainly took off like a rocket. Over 300 replies in less than 7 hours.

Wendy Pleakley said:
We live in a world where the majority of characters in pop culture have been white.

Santa Claus is a fictional character whose race is not a quintessential part of his character. This should be a non-story.
Click to expand...

Race is not, correct. But dress him up properly.

Tom P. said:
Do you know anyone who seriously believes that Jesus was white? I don't.
Click to expand...

This debate goes back to shortly after the time of Jesus… if you google “the oldest images of Jesus” you’ll find images dating to the 300s and 400s showing him as every shade from pasty white to olive to dark black. Even a hundred years after his death people couldn’t seem to agree.

Vegas Disney Fan said:
This debate goes back to shortly after the time of Jesus… if you google “the oldest images of Jesus” you’ll find images dating to the 300s and 400s showing him as every shade from pasty white to olive to dark black. Even a hundred years after his death people couldn’t seem to agree.
Click to expand...

There's not much indication that anyone actually cared about skin color back then, though, or really at any time up until the 17th or possibly 18th century. There's at least some reason to believe it was looked at more like hair color is now; basically a superficial difference between people.

Disney: We believe that Santa represents the best in all of us, and should reflect the good will and hope of our diverse population. That's why we believe anyone can be Santa, so long as they uphold the spirit of the season.

Me: Can Santa be gay?

This is very true. I distinctly remember being a very young child in the 80s watching Sesame Street episode and the theme of the segment was that it does not matter if you are black or white and that someones skin color should not dictate how you treat them. I can remember thinking "of course skin color does not matter." "It is only skin." The theme made such obvious sense to me that I didn't understand why Sesame Street was telling me this. I didn't realize that the color of someones skin could have an impact on how someone is treated because I was a color blind child. I think I retained this memory because I found it so odd that anyone would need to be told this.

britain said:
Can James Bond be black? I don’t see why not. A black Bond probably won’t spoil the nostalgia sauce that would make audiences want to buy tickets to the 27th or 31st remake of the same old story. Can James Bond be a woman? Eh… You can try that, I guess, but it seems to me that it would fail the nostalgia test for most potential audiences.
Click to expand...


Wendy Pleakley said:
We live in a world where the majority of characters in pop culture have been white.

Santa Claus is a fictional character whose race is not a quintessential part of his character. This should be a non-story.
Click to expand...

We live in a country that until very recently was a massive white majority and where the majority of characters have been European based.

Go beyond 50 years, when our traditions were established and over 90% of the population was white, it wasn’t until the 1970’s that the white population fell under 90%.

Vegas Disney Fan said:
He can be but I’d argue James Bond shouldn’t be, 007 on the other hand works equally well as black, white, man, woman, or any other combination. One is a specific character, the other is a spy number that can be attached to anyone.
Click to expand...

Yeah, but nobody goes to those movies to simply see who currently holds the 007 title. They’re James Bond movies. Sure, you could do a spinoff series, some non-James Bond 007 adventures. But those are tricky to make successful. (See Newt Scamander as non-Harry potter.) 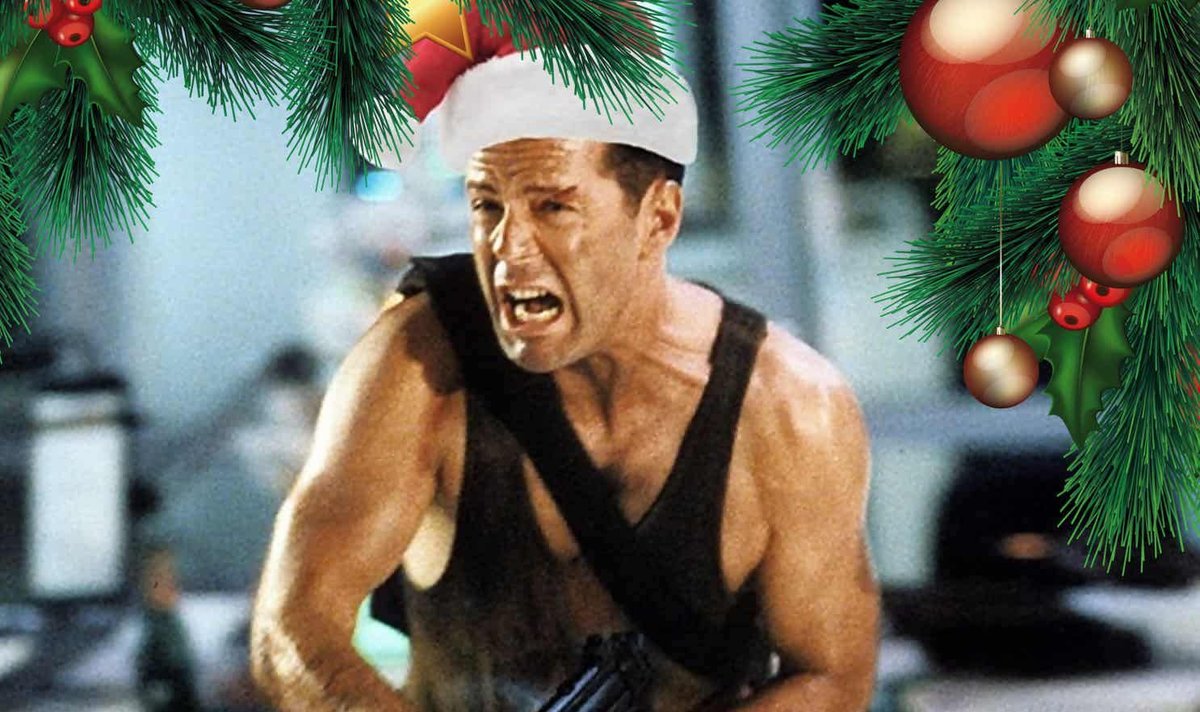 Weather_Lady said:
Ladies and Gentlemen, the whataboutism has arrived!
Click to expand...

Since the parks are pricing out lower income families more than ever before, Disney is doing their part to make sure there’s at least ONE minority seen in the park. This Santa’s entertaining antics will help assuage the guilt of the affluent white guests.

(Gosh, I took a mean turn with this one!)

Ayla said:
Our current conceptualization of Santa came from a Coca Cola ad campaign that started in the 1920's.
Click to expand... The image of Santa Claus as a jolly large man in a red-and-white suit was the standard long before Coca-Cola co-opted it for their advertising. Let's wade in History for a moment. Can Santa Clause be black? Depends which version you think of. If you want to create a black Santa Clause, you may certainly go ahead...but it wouldn't be historically correct.
1: Santa Clause begins in the days of St Nicholas...a Greek Monk. Saint Nicholas was Greek, therefore of olive skin, and NOT African descent and not black.
2: The Scandanavian /Germanic version of Santa Clause (various versions of "SinterKlaus") would have been primarily Danish/Swedish/Norwegian/Germanic culture ... and therefore would be representative of that culture's population. (what today would be defined as "caucasian" or,white. )
3: "Father Christmas" or "Pere Noel" is a French /English amalgam, roughly based on SinterKlaus/St. Nicholas. Again, he would reflect the culture and population makeup of his day; which would've been primarily caucasian /white.
5: The popularized Santa Clause is, of course, depicted as Caucasian via the Nash cartoons/advertisments of a country that was mostly white/caucasian. .

Last as a note of history for those who have posted that Yeshua (the Jesus of the Gospels) was dark skinned; you would be incorrect. Jesus IS NOT African/Black, NOR is He Caucasian/White. The Jesus of the Gospels (and if you do not believe them, the historical Jesus of Josephus) notes that he is a Jew. The Lineal lines of the Jews would denote someone of Olive skin, not of white alabaster skin nor dark African skin. The Southern Kingdom of Tribe of Judah, (which today is Jerusalem in Southern Israel) is where the lineage of Jesus comes from.
Share:
Facebook Twitter Reddit Pinterest Tumblr WhatsApp Email Share Link