Disney Food Is Expensive and Worse Than Ever

Original Poster
OK, maybe it’s not all bad, but I’m struggling to fill out a quick, 3 day trip.

The only places I even somewhat enjoy are:

It seems the menus everywhere are SUPER limited and even I have to say, the prices are out of control. I looked at Skipper Canteen and was shocked this level of food is in the $30-40 range. Insane.

Any suggestions on decent food? I don’t even care so much for the price, but what has surprised you as a good quality, enjoyable experience? Other than Teppan Edo, I almost cant think of a “park” restaurant I like and I’ve been to them all.

Le Cellier, for example, is definitely worse than I remember. And about $65/person. I just leave all these places feeling unsatisfied. I’d pay the prices if the food were good, but quality and portions have seemingly taken a nose dive.

Again, any suggestions on a place I should try again?

Chef Mickey said:
Any suggestions on decent food? I don’t even care so much for the price,
Click to expand... 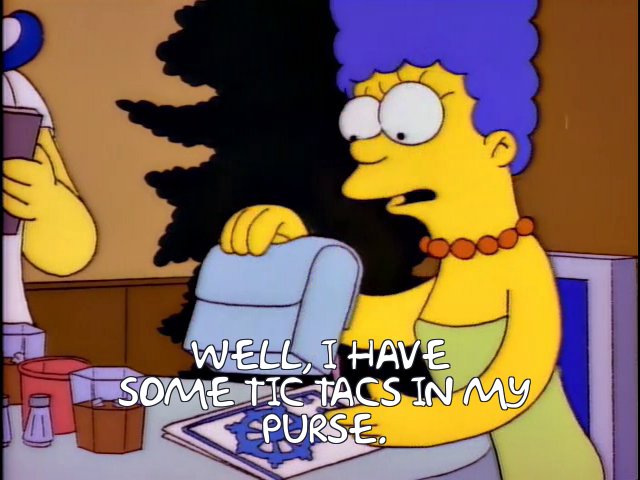 ..Sometimes, you just got to take it over a huge admission into the park just to get 3 leaves and a cube of steak for a $175...With tip..

For table service the hotels are great. Sanaa, Boma, Jiko, Toledos, Narcooses, Artist Point are all fantastic. In park Biergarten, Via Napoli, Brown Derby, 50s Primetime, Yak and Yeti, Nomad Lounge and Tiffins are great. I know you say Skippers is too much but the food is really good, I would give it a chance.
For counters Connections is fantastic. Never have issues at Columbia Harbour. France Bakery and Regal Eagle are amazing. ABC Commissary has gotten really good since the updated menu. Satuli and Flame Tree BBQ are great

Premium Member
After our 4 year hiatus the price increases were very noticeable - as was the amount they’ve gone up.

Heres a good thread to look over https://forums.wdwmagic.com/threads/almost-all-the-best-wdw-restaurants.977782/

May I suggest a trip to New York, Las Vegas, Rome, Paris....somewhere where food is the focus? As much as the price increases are annoying, I will say they seem in line with even regional ones.
Example...

Our philosophy on Disney food these days is "aim small, miss small." We've splurged on a number of signature or "$$$" Disney meals over the years, but with each visit, walked away feeling more and more disappointed and ripped-off. (*Notable exception: Tiffins, where we had a dinner so good I still think about it sometimes when I'm lying awake at night.)

Now we stick to a la carte non-signatures that aren't as much of a splurge: when you're spending less, your expectations are easier to satisfy or even exceed, and if we want amazing gourmet food, we can get that for half the price in our local area so we're not really looking for it at WDW anymore. A "decent" meal, at a restaurant with a menu sufficient to accommodate our dietary needs (e.g., vegetarian daughter, husband with shellfish allergy), and not too similar to somewhere we've already eaten on the trip, is the goal. With this in mind, my TS suggestions would be:

EPCOT: Via Napoli (for a pizza to share - the a la carte entrees are way overpriced)
Magic Kingdom: no suggestions in the park (I used to like Skipper Canteen, but the menu is so dumbed-down and limited now that there's just no point), so hop on the monorail and go to Steakhouse 71 (lunch), Kona Cafe or Grand Floridian Cafe instead, OR simply enjoy some counter-service instead (e.g., Columbia Harbor House -- take your food up to the air-conditioned second floor and enjoy the views of Liberty Square in relative peace: while you'll have to be your own server, it otherwise has all the ambiance of a TS meal and surprisingly broad menu, at a fraction of TS cost).
Animal Kingdom: Yak and Yeti, or take the bus to Animal Kingdom Lodge - Kidani Village, and dine at Sanaa
HS: Sci-Fi Dine-In Theater, for a salad or sandwich and a milkshake
Disney Springs: almost every option here is better than every TS option in the parks, so it's harder to put a foot wrong, but Raglan Road is my family's personal favorite
Last edited: Jan 4, 2023

Premium Member
I can't honestly think of any in-park TS restaurant that's worth the cost anymore, QS is a joke for what they charge. Food quality is down, prices are up. There are places I'd tolerate, but as far as value for the price, those days are gone. The pot pie at CHH was fantastic. Removed from the menu. Buffet's are too expensive for what you get now (Crystal Palace used to be a good value even 5 years ago). Regal Eagle is probably the one place I'd recommend, but I also admit the last time I was there was just months after it opened. Even beloved places like Biergarten have fallen.

I can pay $16 for a burger and fries at a local establishment and it's easily 3x better than what Disney offers. Not a lie. Fresh meat, made to order, and *tasty* with several varieties available around that price point. But I digress, because this discussion path leads nowhere constructive.

I was at a decent-but-unremarkable restaurant in Boston on Saturday and my steak frites was $27. The steak frites at Steakhouse 71 is $26 and much better.

I don't find the prices to be any higher than where we live.

We enjoyed Skipper Canteen at MK.
Three Bridges at Coronado.
Boma at AK was tasty - the dinner.
Heck, we enjoyed our dinner at La Hacienda in Epcot!

Many good counter service options at AK and Epcot. You don't have to get burgers and fries.

dreday3 said:
You don't have to get burgers and fries.
Click to expand...

Amen. I have a 9 night trip coming up and I don't think I'll get a burger even once. Maybe my Hollywood Studios quick service day, but I've read that ABC Commissary is way better than it used to be so I might give it another chance.

CaptainAmerica said:
Amen. I have a 9 night trip coming up and I don't think I'll get a burger even once. Maybe my Hollywood Studios quick service day, but I've read that ABC Commissary is way better than it used to be so I might give it another chance.
Click to expand...

I forgot DHS! The Ronto Wrap is great for a quick-service lunch/dinner!

MK we do more snacking - cheeseburger eggrolls, corn dog nuggets, split a chicken waffle from Sleepy Hollow, loaded tots ....no one said you have to be healthy.

Premium Member
In no particular order, and off the top of my head, here are my recommendations.

We're not big on signature dining because we don't like taking that much time out of our days for meals, but ditto what @Tony the Tigger said about Jiko and Tiffins.
Last edited: Dec 1, 2022

I haven't been, but heard great things about Ale & Compass at Yacht Club. Hopefully we will try next trip.

Oh, the breakfast at Trattoria Al Forno was different and good. This is without characters.

dreday3 said:
I haven't been, but heard great things about Ale & Compass at Yacht Club. Hopefully we will try next trip.
Click to expand...

Premium Member
If you havent had the Ahi Tuna Nachos at Yak and Yeti you havent lived.

Hakunamatata said:
If you havent had the Ahi Tuna Nachos at Yak and Yeti you havent lived.
Click to expand...

I was curious about those!
I love Ahi, but for some reason I'm so leery of ordering seafood in theme parks. I had food poisoning once (from a relative's house) and it was sooo bad.
I have to get over that because I want to try those nachos...

ive always enjoyed sunshine seasons at the land in epcot. For the price the food has always been good and different. But its more QS and you might want more of a sit down experience

Honestly, we found the best food was to go offsite (yes, it required a car or Uber) and eat at a regular restaurant. We don't mind chains and went to an Outback that was pretty close. Beyond that, we typically get food from Publix for the week (more due to some dietary issues than anything else) and just get a snack or two inside the parks. The offsite food was healthier (well, less unhealthy), tasted better, and didn't cost near as much. I will admit that going offsite does require some time, though. I believe that it took us 15-20 minutes to get to the Outback from the Magic Kingdom.
Share:
Facebook Twitter Reddit Pinterest Tumblr WhatsApp Email Share Link