Premium Member
Original Poster
Couldn't find a thread dedicated to this, my apologies if I've overlooked it...

On Friday, November 12, The Walt Disney Company will host Disney+ Day, a global celebration that will come to life across all dimensions of the Company. Subscribers to Disney+ will be treated to new content releases across the service’s iconic brands, Disney, Pixar, Marvel, Star Wars, National...

- Feast (Short)​
- Frozen Fever (Short)​
- Get A Horse! (Short)​
- Jungle Cruise​
- Shang-Chi And The Legend Of The Ten Rings​
- Paperman (Short)​
- Tangled Ever After (Short)​
- The Little Matchgirl (Short)​
- The Ballad Of Nessie (Short)​
- Tick Tock Tale (Short)​
​
All-New Short From The Simpsons​
​
Ciao Alberto (Short) - Disney+ Day Premiere​
Fun-loving sea monster Alberto whole-heartedly wants to prove himself to his stoic mentor Massimo.​
​
Entrelazados - All Episodes Streaming - Disney+ Day Premiere (Season 1)​
Allegra dreams of joining the Eleven O' Clock music hall company, but her mother, Caterina, won't accept that. Allegra's life changes drastically when she finds a mysterious bracelet that takes her to 1994, the year Caterina was her age and was starting her career in Eleven O' Clock while she lived in Coco's shadow. Cocó is Allegra's grandmother. Will Allegra be able to change the past?​
​
Home Sweet Home Alone - Disney+ Day Premiere​
20th Century Studios’ “Home Sweet Home Alone” is an all-new adventure comedy from the beloved holiday film franchise. Max Mercer is a mischievous and resourceful young boy who has been left behind while his family is in Japan for the holidays. So when a married couple attempting to retrieve a priceless heirloom set their sights on the Mercer family’s home, it is up to Max to protect it from the trespassers…and he will do whatever it takes to keep them out. Hilarious hijinks of epic proportions ensue, but despite the absolute chaos, Max comes to realize that there really is no place like home sweet home.​
​
Marvel Studios' 2021 Disney+ Day Special - Disney+ Day Premiere​
Marvel Studios’ Disney+ Day Special explores the Disney+ series of the MCU—past, present and future.​
​
Olaf Presents - All Episodes Streaming - Disney+ Day Premiere (Season 1)​
Olaf steps into the spotlight and goes from snowman to showman as he takes on the roles of producer, actor, costumer and set builder for his unique “retelling” of five favorite Disney animated tales in “Olaf Presents,” a series of new animated shorts from Walt Disney Animation Studios. The charismatic and versatile Olaf demonstrates his theatrical flair, taking on such iconic roles as a mermaid, a genie, a lion king (and most of the parts in between), as he entertains Arendelle with his delightful abbreviated versions of these beloved tales. Josh Gad returns to voice Olaf with veteran Disney animator Hyrum Osmond directing and Jennifer Newfield producing. Walt Disney Animation Studios’ “Olaf Presents” launches exclusively on Disney+ on Nov. 12, 2021.​
​
The World According to Jeff Goldblum - Episodes 1-5 - Disney+ Day Premiere (Season 2)​
​
Under The Helmet: The Legacy Of Boba Fett (Documentary Special) - Disney+ Day Premiere​
An all-new, documentary special that celebrates the origins and legacy of Star Wars’ legendary bounty hunter, Boba Fett.​

Is there any keynote component of this day, like last years Investor Day?
J

They should do something special for those who have been subscribers from the beginning. (you know, like a surprise bonus discount on the next year?)

Balloons? Something related to the movie Up I guess?

There's going to be a crossover with Homer Simpson and Goofy. 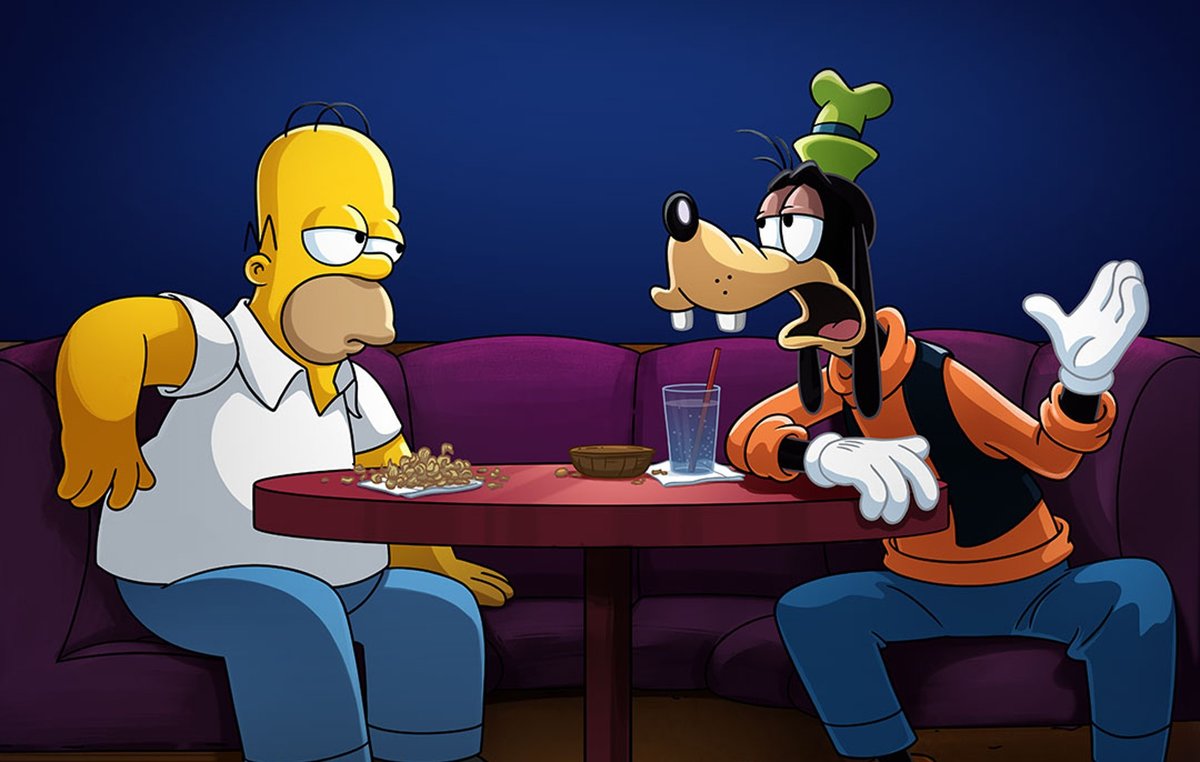 Premium Member
Things happening in the parks for Disney+ Day -

Disney Rolls Out the Blue Carpet in Celebration of Disney+ Day

In Sept., Disney announced that we would be celebrating Disney+ Day in a big way on Nov. 12, and we’re excited to share more about what Disney Parks guests and shopDisney users can expect later this week as we roll out the blue carpet around the
disneyparks.disney.go.com

Premium Member
None of that sounds interesting lol. This feels like last year's Prime Day where there was lots of fanfare but they mostly just offered charging cables and phone cases and Amazon speakers, lol

Magenta Panther said:
There's going to be a crossover with Homer Simpson and Goofy.

It's part of a series of shorts in which The Simpsons partake of various Disney properties.

Which they've regularly done throughout the TV series, only this time, no worries about copyright infringement.

MisterPenguin said:
It's part of a series of shorts in which The Simpsons partake of various Disney properties.

Which they've regularly done throughout the TV series, only this time, no worries about copyright infringement.
Click to expand...

Heck, they took a jab at Disneyland AP blackout dates in an episode just a couple weeks ago.


It would have been better if they had used the MCU Loki, but that is just my opinion.
D

Based on the runtimes, I am guessing that the films are Monsters Inc., Raya and the Last Dragon, and Rogue One. I could not figure out the Disney one. This is just pure speculation though.

Most important thing: On Friday, Nov 12, at 9 AM ET, there will be a dump of upcoming D+ projects (hopefully with dates) most especially MCU and Pixar.