In this thread we will talk about the future of Dinoland, Animal Kingdom's very neglected corner dedicated to the past.

I posted briefly on this subject in the Dinosaur merch thread...


DisneySongbird said:
Dinoland, by comparison, really just needs some actual love and attention, starting with a long-overdue CTX refurb/modernization and continuing into a renewed emphasis on exploration of nature and the wonders of the past instead of the carnival subtheming. Swap out the restaurant formerly known as McDonalds for a "bounty of nature / heirloom foods" themed QS establishment, add a hiking trail attraction/experience themed around following in the footsteps of a roaming dinosaur (or, if you're a child, pretending that you're the dinosaur stomping through the forest), and maybe a tree climbing / ropes course upcharge opportunity if you can get it past the risk assessors in legal.
Click to expand...

So I wanted to open this poll to see what you all think. Would you rather an expansion upon the bones that Dinoland has given us already, or would you rather one of these alternatives?

"South America / Ancient Americas" - a complete bottom to top overhaul focused on lost history and myth/legend. CTX becomes the Indy ride, Primeval Whirl is scrapped and a HUSS Top Spin themed to "ancient temple / crypt" goes in as the replacement C-ticket people eater, the QS establishment becomes a South American focused location (Peruvian chicken!!!) and a Brazilian Steakhouse TS joins it. Room for further attractions / edutainment about pre-US cultures and world heritage. Given the same level of attention and investment as Pandora.

"Oceania" - a less complete overhaul focused on the beauty and terror of wild nature, past and present. More nods to what would have been Beastly Kingdom with e.g. mythical Australian 'animals' like the drop bear. Primeval Whirl either scrapped for some lightly weather-themed C-ticket or brought up to acceptable standards to resume operation. The hiking trail and "nature's bounty" QS from the above post. Given the same level of attention and investment as Storybook Circus.

How about an ocean themed area. I mean it’s called Animal Kingdom and yet it neglects the animals that live in the majority of the globe. Living seas on steroids type of thing

Premium Member
Pull down the carnival, leave Dinoland as Dinoland (with some CTX plussing) and build an original, immersive D or E with good capacity on the vacant plot.

Dino 2.0 mainly to keep costs down. The concept art for a brand new land would look amazing but 15 years and multiple budget cuts later and who knows what we would get. Keeping Dinosaur allows that attraction to remain open thru most of the enhanced lands construction and I really like Dinosaur. I'd love a Living with the Land style ride focused on the plants and animals that have survived and evolved from the time of the dinosaurs. Also add a sit down restaurant to the area.

Add an "Up" ride: imagine approaching the house with those beautiful balloons floating up in the air. You enter the house and walk through it as a queue. The ride system is an immersive theater ride where it shakes and moves as you see the sights of South America out the digital windows. They could build a mountain range of Paradise Falls (complete with waterfall) to hide the actual ride building and it would have Carl and Ellie's chair on the top. Meet and greets with Dug and Carl and walk around Kevin character. Re-theme Dinosaur to Indy. The boneyard could mostly stay as "Dinoland" takes on a focus of exploration and discovery.

always liked the Dinosaur theme, not so much the carney vibe that one side has.

Dinosaur the ride is still in my top 5 at WDW. Need more like that…just different. But the same. Kind of.

Instead of having the land be a carnival and research institute, I would have it be an excavation and research institute. Boneyard can stay, TriceraTop Spin can get an overlay to fit the theme (DAK does need a spinner ride), the entire carnival area can be replaced with a wooden excavation coaster, and Dinosaur only needs to be refurbished to no longer look like it is still the 90s. Overall, not too costly and a massive gain for the park.

South America would be a cool addition, but I would hate to see it at the expense of Dinoland.

South America/ Ancient Americas sounds like it would deliver more thrills which the park could use. Love the Brazilian steak house. The Dino theme area needs a thorough refurb but I'd prefer something new and different to bring some freshness to that section of the park.

Keep Dinoland, but remove the tacky carnival and replace it with an immersive experience that makes you feel like you have journeyed back in time to the prehistoric era.

And what on earth does Indiana Jones have to do with Animal Kingdom? I like the idea of a South American expansion, but not a replacement for Dinoland.

marni1971 said:
Pull down the carnival, leave Dinoland as Dinoland (with some CTX plussing) and build an original, immersive D or E with good capacity on the vacant plot.
Click to expand...

This. Dinoland is a solid area and has some great theming. The carnival...not so much. Get rid of it and enhance the Dinoland area.
R

marni1971 said:
Pull down the carnival, leave Dinoland as Dinoland (with some CTX plussing) and build an original, immersive D or E with good capacity on the vacant plot.
Click to expand...

Yep - keeping the good, especially the boneyard for kids - that place is an absolute godsend for folks with little kiddos - and add a people eating, air conditioned ride/attraction. heck, you could make a walk through dinosaur exhibit with all the projection mapping and display tricks that could be really neat, with minigames and challenges. It's amazing how much those type of areas really entranced my kids and 'plussed' the entire trip for us, say in Spaceship earth, or what Figment used to have. Let Animal Kingdom become the educational park, since EPCOT doesn't do that anymore...

It'd be a shame to rid the park of dinosaurs entirely. I feel they could get rid of Dino-Rama and build more fun prehistoric animal-based rides.

Revamped dinoland maybe with a grizzy peak style 50s americana theme around the institute and a digsite. Being back countdown to extinction with a 50s sci fi makeover and have a family dark ride like jungle cruise through the land of dinosaurs, maybe with Ludwig von drake as host. Add a diner / malt shop to restaurantasaurus

Premium Member
I would want a departure from the jungle aesthetic with a theme based on mythical creatures: a Vernian land with a Center of the Earth attraction and 20K subs revival. But sans that, a more fleshed out Dinoland would be a nice welcome.

Ghost93 said:
And what on earth does Indiana Jones have to do with Animal Kingdom? I like the idea of a South American expansion, but not a replacement for Dinoland.
Click to expand...

What do dinosaurs have to do with Energy?

Ghost93 said:
And what on earth does Indiana Jones have to do with Animal Kingdom? I like the idea of a South American expansion, but not a replacement for Dinoland.
Click to expand...

He's an Archeologist...Plus there was a book based around him involving Dinos... 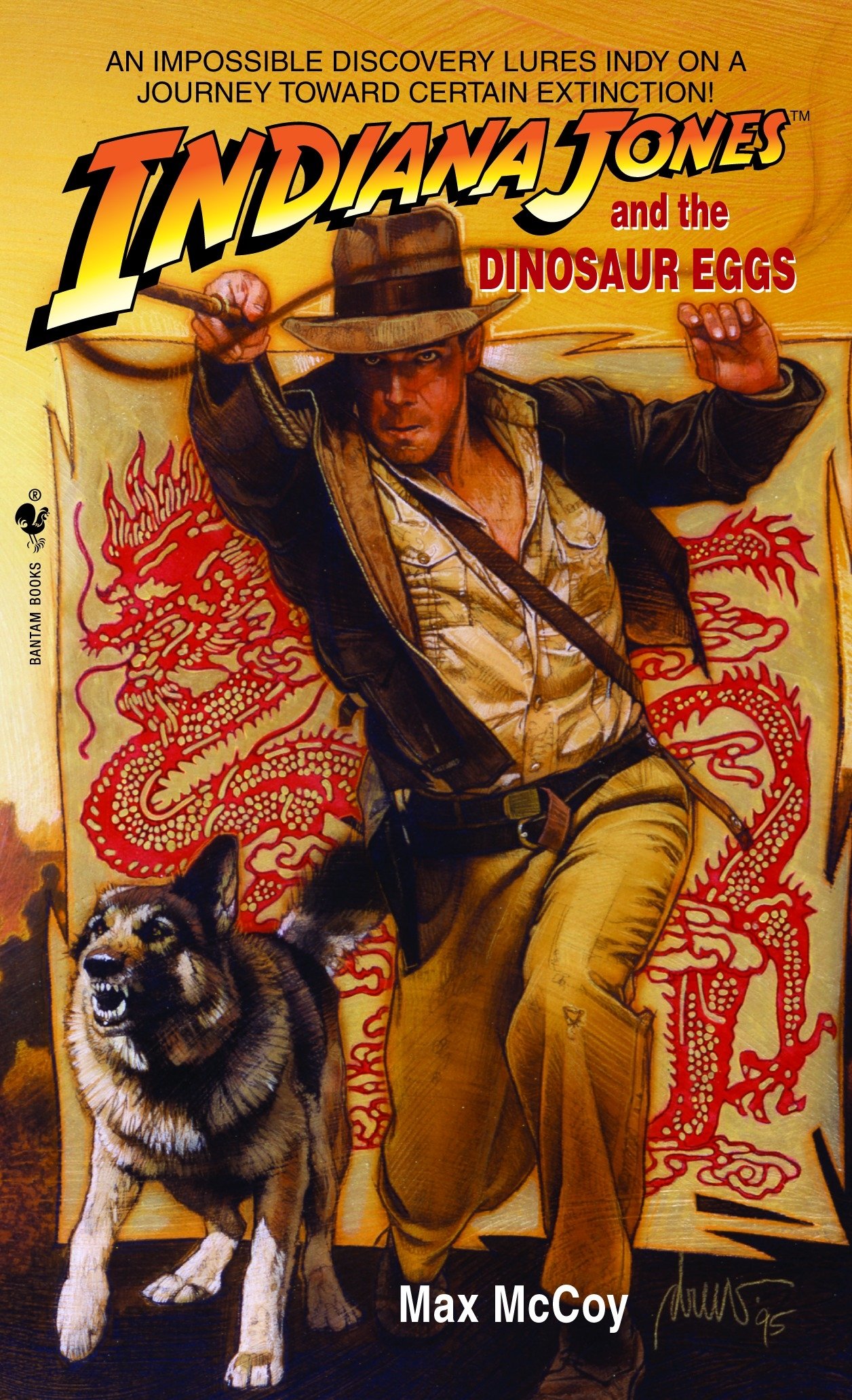 I would love an Ancient Americas. The ocean theme also sounds great. It would give us an opportunity to pull in some of the awesome ideas from Tokyo DisneySea, but not likely Disney would be willing to spend that kind of money. And as much as I love the idea of an Indy retheme for CTX, I agree with those who said it’s too much of a stretch. Besides, I like CTX as is. But the carnie rides can go as far as I’m concerned. Quite honestly, I have no idea what I would prefer.
Share:
Facebook Twitter Reddit Pinterest Tumblr WhatsApp Email Share Link