Bocabear said:
I like where you are going with this... The Contemporary predated Space Mountain by 4 years, but yes it was meant to harmonize with Tomorrowland. If you look at the opening pictures and see the bold exciting color palate in the atrium and elsewhere, it was much more whimsical...not serious contemporary or modern. The lucite trees in the concourse brought color and sparkle out into the vast open spaces without making it feel crowded like the ridiculous center shop that was installed a few years ago...
As in most cases, if you go back to the original design and concepts they can find their way to the future of The Contemporary Resort without making it look plain and usual...
The lack of IP characters actually heightened the sense of being somewhere special...It was the real world, not a cartoon location...and just as colorful and fantastic as the movies... Both the Poly and Contemporary didn't need any characters to convey their stories.
Click to expand...

I don’t think you can go back to the og TL theming as it’s all space racey unless you went retro-80’s ala Stranger Things or Space Station 76. I wouldn’t be a huge fan of a retrofuturism theme as I described, but it’d at least be a cohesive theme instead of City Center Business Convention Hotel That Happens To Be At Disney (with a splash of The Incredibles for the kiddos).

TrojanUSC said:
But the whole theme of the concourse at the time was American Southwest. That might be the least contemporary theme there is.
Click to expand...

Perhaps, but the subject matter was the American Southwest. However, the artwork, furniture, fixtures, and finishes and Blair’s were in created a Modern style, no?

Does an artwork depicting medieval fairytales completed in an abstract expressionist manner inside a Post-Modern space induce a thematic sense of Medieval fairytale or Pomo eccentricity? I honestly can see an argument for each.

I think the southwest thing was a play on architectural forms ie the shape of the building relating to pueblo indian buildings of the southwest...using that as a springboard to bring color and whimsy into the interior...Not that it was themed to the Southwest at alll but used some design motifs for decor.
and the original color scheme for the hotel was a little shocking and marvelous. Orange, hot pink, avocado and lavender blue shades... It was gorgeous.

UNCgolf said:
That would be pretty cool, but they'd never do it since it's a convention restaurant.

It would also be a lot harder to make any simulated windows seem realistic if they were supposed to be looking out on something other than space (or the sky, I guess). You'd need so many things happening all the time to keep it from being obviously fake.
Click to expand...

The Ale and Compass Restaurant used to have - more or less - simulated windows before it was remodeled. Calling them windows isn't quite correct because they were obviously not real windows, real water or real boats. I thought they were a great touch, but they perhaps didn't move/change quite enough. The changes were subtle. I'm sure many people ate there and never even noticed that the pictures changed. The boats themselves looked a bit like toy boats, but they were somewhat window-esque.

The lack of windows is part of why I have never liked this space at CR. Well, that and long ago when it was a QS, the lack of ventilation meant it always smelled like stale steamed beef, and stale fry grease.

I wanted to like the Wave, and the décor was okay, just the food was terrible. And I REALLY wanted to like a menu that has some healthy options. I don't know why so many WDW restaurants treat vegetables with so much contempt. It isn't remotely difficult to cook fresh vegetables. WDW's are too often atrocious.

In any event, I should think the space could have something widow-esque, that would be fun to see. Maybe a bit like the widows at BOG or what Disney did with Animator's Palate on the cruises (I've never seen AP in person, maybe they can't do the same at CR, but perhaps CR could have color changing character images.) We all immediately know the windows at BOG aren't real, but they are window-esque.

but then, that would require some creativity and money.....when clearly neither of those were big considerations in the remodel...
bland, plain , and usual....
and convention services or not, this space should reflect all the beauty and creativity of the WDW resort...
it is an expensive steakhouse, not a Denny's next to a Marriott by the Orange County Convention Center.

ToTBellHop said:
They’ll want to finish with The Grand, first. But this is an easy replacement for Reflections.

They better include dining, though. The Main Tower can’t support two DVCs.
Click to expand...

And at least one pool. Everyone simply loves what they did with BLT's pool and dining options. What else should they add? Seems beyond enumeration.
J

Bocabear said:
and the original color scheme for the hotel was a little shocking and marvelous. Orange, hot pink, avocado and lavender blue shades... It was gorgeous.
Click to expand...

The green **** rug is making a comeback on insta

Of course the censor has the English for "***" flagged

True...But fashion is ever-changing... They chose that moment in 1970 to make something engaging and beautiful. They have remode3led many times, and as we have seen, everything old is new again... Brighter tones now feel fresher like in the downstairs lobby. The color schemes do not get used in the same ways... shades are tweaked and freshened up...

Bocabear said:
I think the southwest thing was a play on architectural forms ie the shape of the building relating to pueblo indian buildings of the southwest...using that as a springboard to bring color and whimsy into the interior...Not that it was themed to the Southwest at alll but used some design motifs for decor.
and the original color scheme for the hotel was a little shocking and marvelous. Orange, hot pink, avocado and lavender blue shades... It was gorgeous.
Click to expand...

I think the form may now be working against the “theme” or whatever we are calling it. An atrium of this cavernous size was awe-inspiring in 1971. Arguably, the first modern hotel with an multi story atrium was the Peachtree Center in Atlanta by John Portman in 1967. Then malls began having more open atriums from floor to floor (also in part due to Portman and his influence). Huge indoor atriums were still impressive in the 70’s and into the early 80’s. By the late 90’s into the present, the form just simply failed to evoke any sort of experience other than “I’m at the mall”. It’s now become a very large canvas that they seem to be unsure as to what do with it. I hate “floating cloud” ceilings but I think some elements held in suspension above the concourse might bring the scale (which was at one time breathtaking) down a notch to a slightly more human level.

(Yes. I am aware I’ve put far much too thought into this treatise, most here disagree, and virtually all of you think I’m nuts. Cheers!)

Just returned from the World and visited a friend staying in a Incredibles room. Good God. I was
so shocked my shoe fell off . A Deluxe resort themed to a 7 year olds taste ? It is truly horrendous .
Big budget re-do also with the decals ( Sarcasm ).
ME NO LIKA DA CHAPEK !!!!!!

I can say with certainty the Check in level and Steakhouse 71 are Home runs . Well done. But
to jump the shark with the rooms.......Atrocious .

ToTBellHop said:
This doesn’t anger me, honestly. Wonder if the DVC will adopt this aesthetic.
Click to expand... 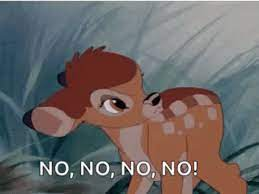 Bocabear said:
OMG the Steakhouse 71 looks dreadfully plain...Reminds me of a cafeteria or modest motel restaurant trying to be a little nicer...Certainly not a steakhouse in a premium resort.
Wow that is bad. Completely misses the mark...unless "better than Denny's" is the mark.
Click to expand...

That's what I said when I first saw it! It looks just like a corporate cafeteria.

TBH the Wave always felt like eating in someone's dank basement to me, so I think this is a bit of an improvement. Does it match up to standards for a premium restaurant? No, not really. But it's certainly an improvement over its predecessor.
T

Disney4family said:
That's what I said when I first saw it! It looks just like a corporate cafeteria.
Click to expand...

Looks like a (much) nicer version of the Mousketeeria employee dining room.

The menu pricing suggests it is aimed at conventioneers with an expense account. Not absurd to make HR question but at the upper end for hotel meals at a convention. Not aimed at the premium deluxe monorail resort patrons at all. DDP is 2 meals here?

JoeCamel said:
The menu pricing suggests it is aimed at conventioneers with an expense account. Not absurd to make HR question but at the upper end for hotel meals at a convention. Not aimed at the premium deluxe monorail resort patrons at all. DDP is 2 meals here?
Click to expand...