Here is a look at the two tiers. 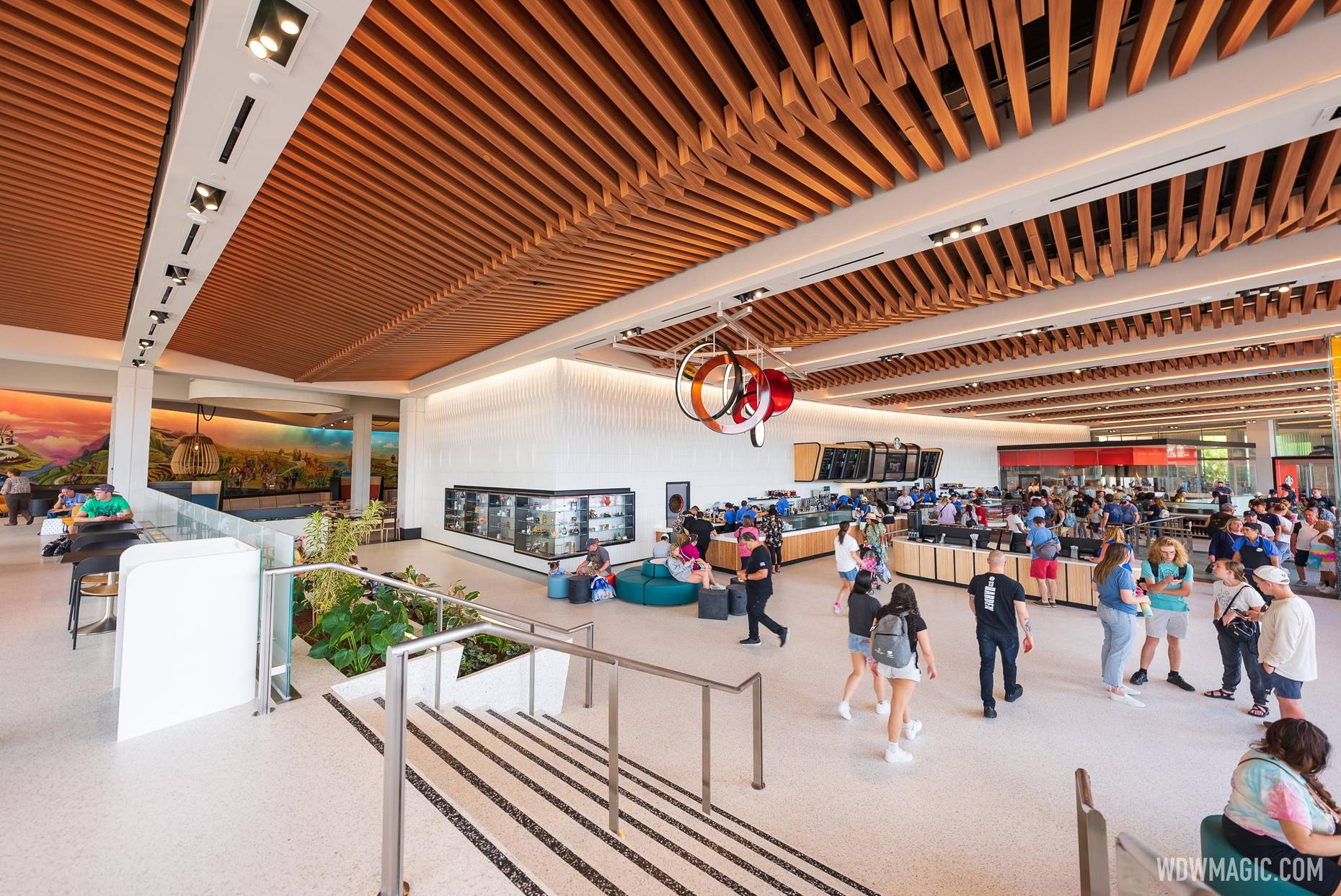 DC0703 said:
Give it a rest. Are we seriously now turning the decor of a Starbucks cafe into a political rant?
Click to expand...

I’m not a ranter by any stretch, but sorry I see a trend that the founder would likely not accept. And if I flipped my comments around 180 degrees would you still tell me to give it a rest?

Looks like Disney trying to be that cool tech company with a fancy cafe. Not a fan of the look at all.
V

Even though I said it looks like an IKEA cafe in previous comments, I actually don’t mind how this looks and somehow looks better than Creations. That said, I probably won’t eat there very often as I never visit Starbucks at the parks and I usually get my food in WS. Like with Creations, it’s nice to see light coming through the windows once again!
J

I’m not really sure what people want. This area is supposed to be the functional hub of a world’s fair centered on the visionary architectural statement of Spaceship Earth. Clean and modern is the right vibe. People also seem to be unable to articulate what would make this more distinctively EPCOT aside from exposing their preferences for 90s color schemes and pining for talking trash receptacles.
D 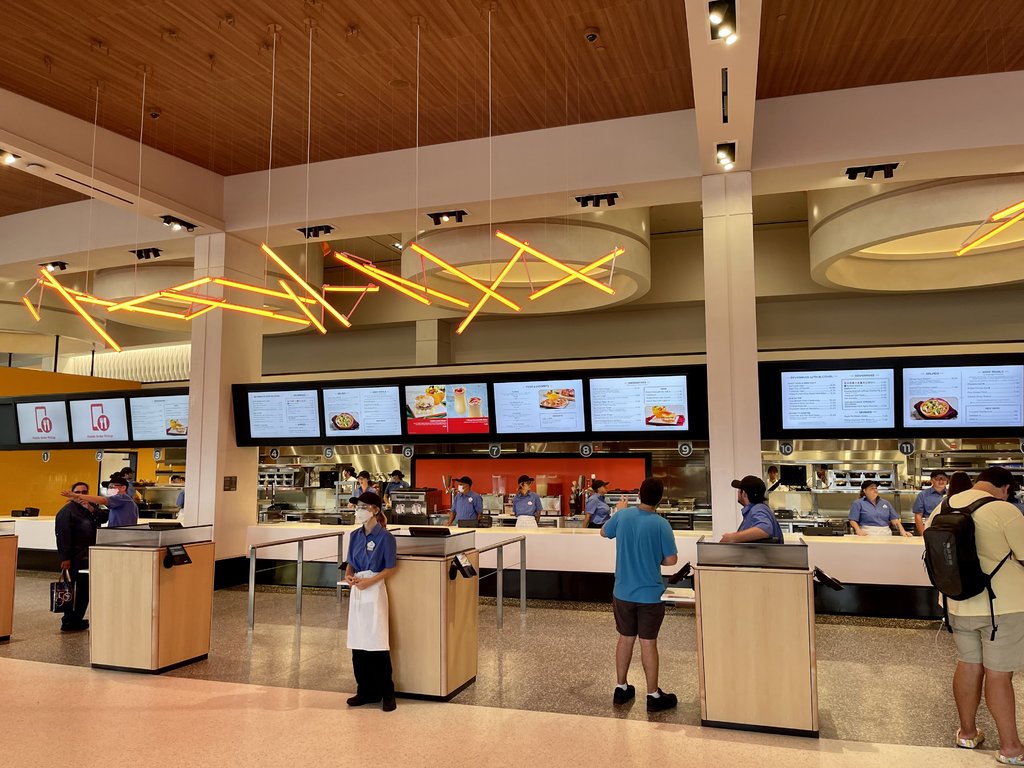 Oh, Look! Neon! It's all better. I LOVE this place now!
V

TikibirdLand said:
Oh, Look! Neon! It's all better. I LOVE this place now!
Click to expand...

But there aren’t any neon lightning bolts!

Looks functional but not very 'exciting'. Nothing particularly wrong just doesn't stand out I guess?

vikescaper said:
But there aren’t any neon lightning bolts!
Click to expand...

I never could figure out what -- exactly -- was going on there. Maybe you have to be at just the right angle to see the lightning bolts?

I'm one of those "EPCOT purists," but I don't get the "not EPCOT enough" sentiment. The Stargate Restaurant that originally occupied this space was just a bland sea of non-descript tables and chairs with barely any theming.
D

Casper Gutman said:
The term that springs to mind is "institutional."
Click to expand...

Thats all I could think of as well.. and I bet this place is so noisy you cant have a conversation.

James Alucobond said:
I’m not really sure what people want. This area is supposed to be the functional hub of a world’s fair centered on the visionary architectural statement of Spaceship Earth. Clean and modern is the right vibe. People also seem to be unable to articulate what would make this more distinctively EPCOT aside from exposing their preferences for 90s color schemes and pining for talking trash receptacles.
Click to expand...

I think this is an important point. The big issue for me is that Epcot doesn't have a clear identity IMHO now. So, it actually sets them up for failure for the exact reason you are identifying. If it's unclear the direction, vaguely "future/modern" or "together" is all you can go with. And, that feels unsatisfying.

I think if the Neighborhoods had a much clearer, cohesive identity, the answer to your (very valid) question would be easier to make. And, yes, I think there is a version where the design ascetic (with maybe a little more Epcot vs generic Disney in Creations) works just fine.
H

When Starbucks first came to Disney, I was initially disappointed that the “real world” franchise had broke the third curtain. But I have to admit that many times I was so glad I could get my iced coffee at Starbucks. I variate with Joffrey’s, but Joffrey’s kiosks are very inconsistent with their Shakin Jamaican iced coffee. Some kiosks are too concentrated almost bitter acidic, and other times too weak. When it’s served properly it’s very good , but it’s 50/50.

I take the Talking Trash can has retired...

So I wasn't a fan of the Stargate cafeteria so I think it could only go up from that mess. I call it 50-50. I really like the big lighting fixtures and the Muriel. I do like the open airless of the space. The seating though is pretty uninspiring

I thought this was a McDonalds at first glance. YIKES! 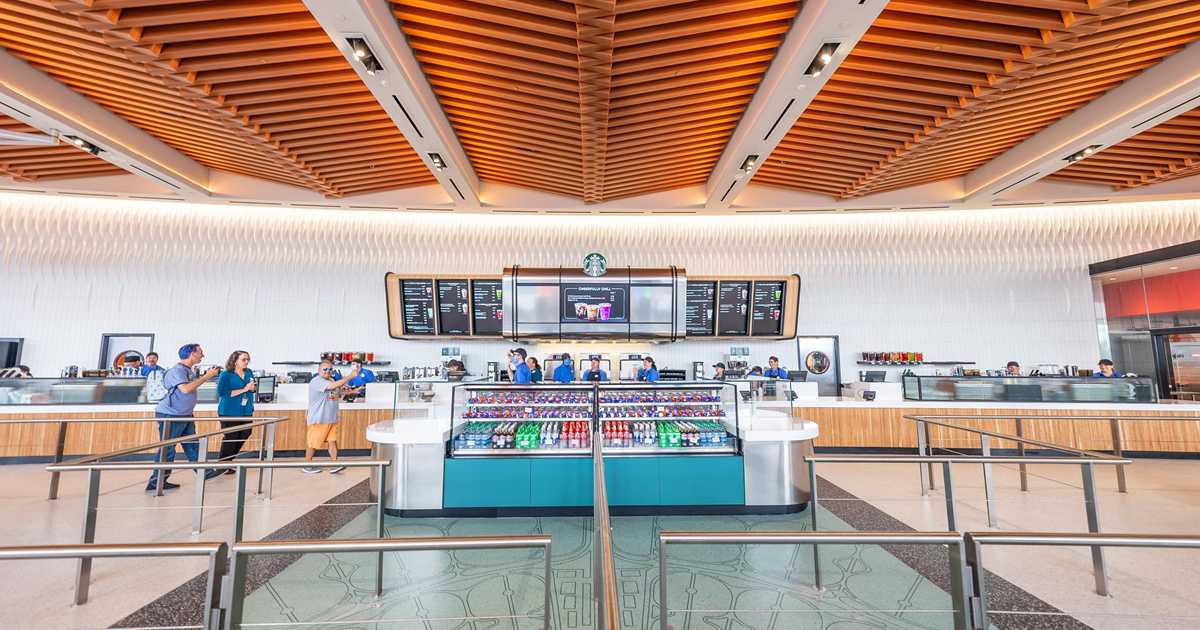 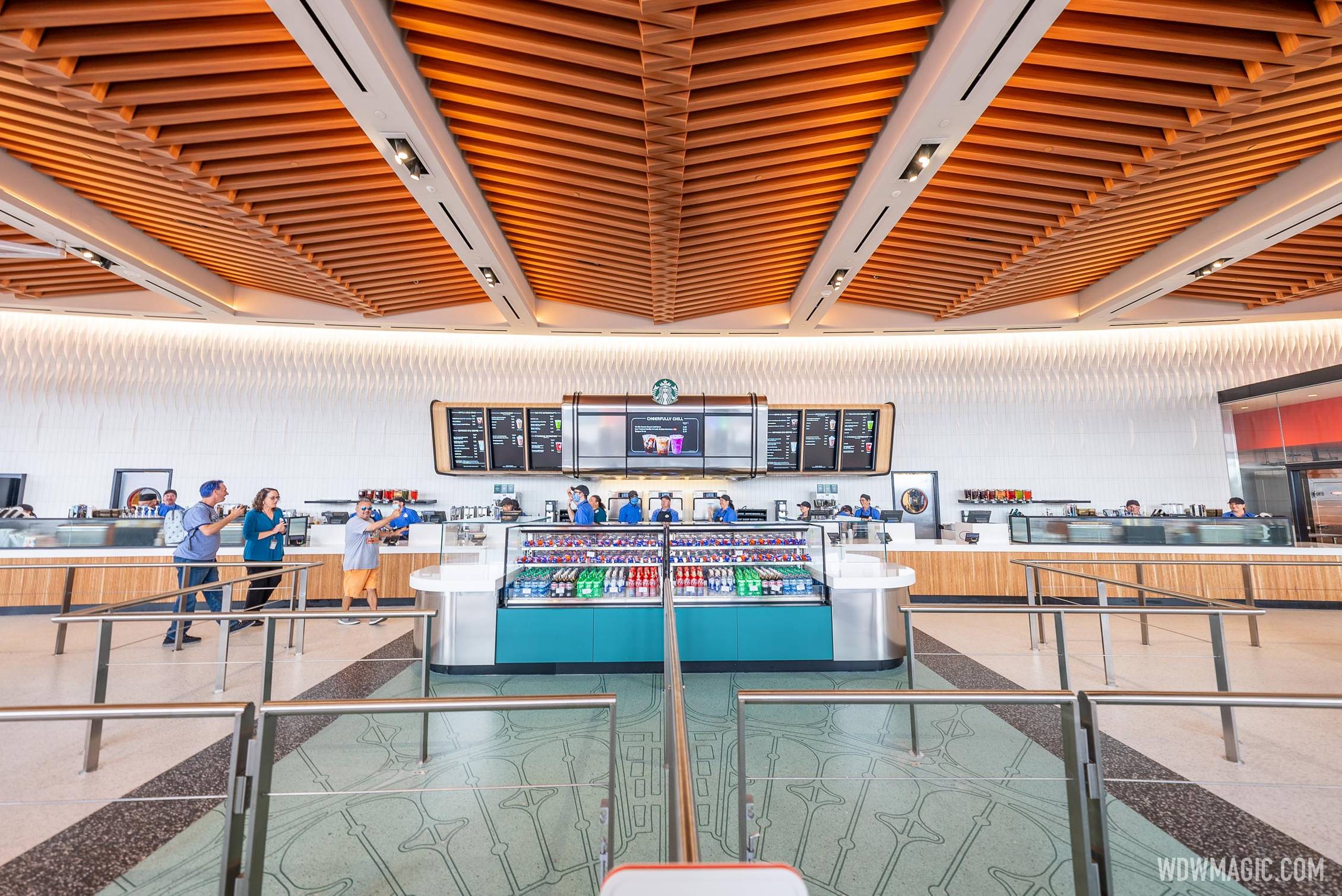