News Bob Iger is back! Chapek is out!! 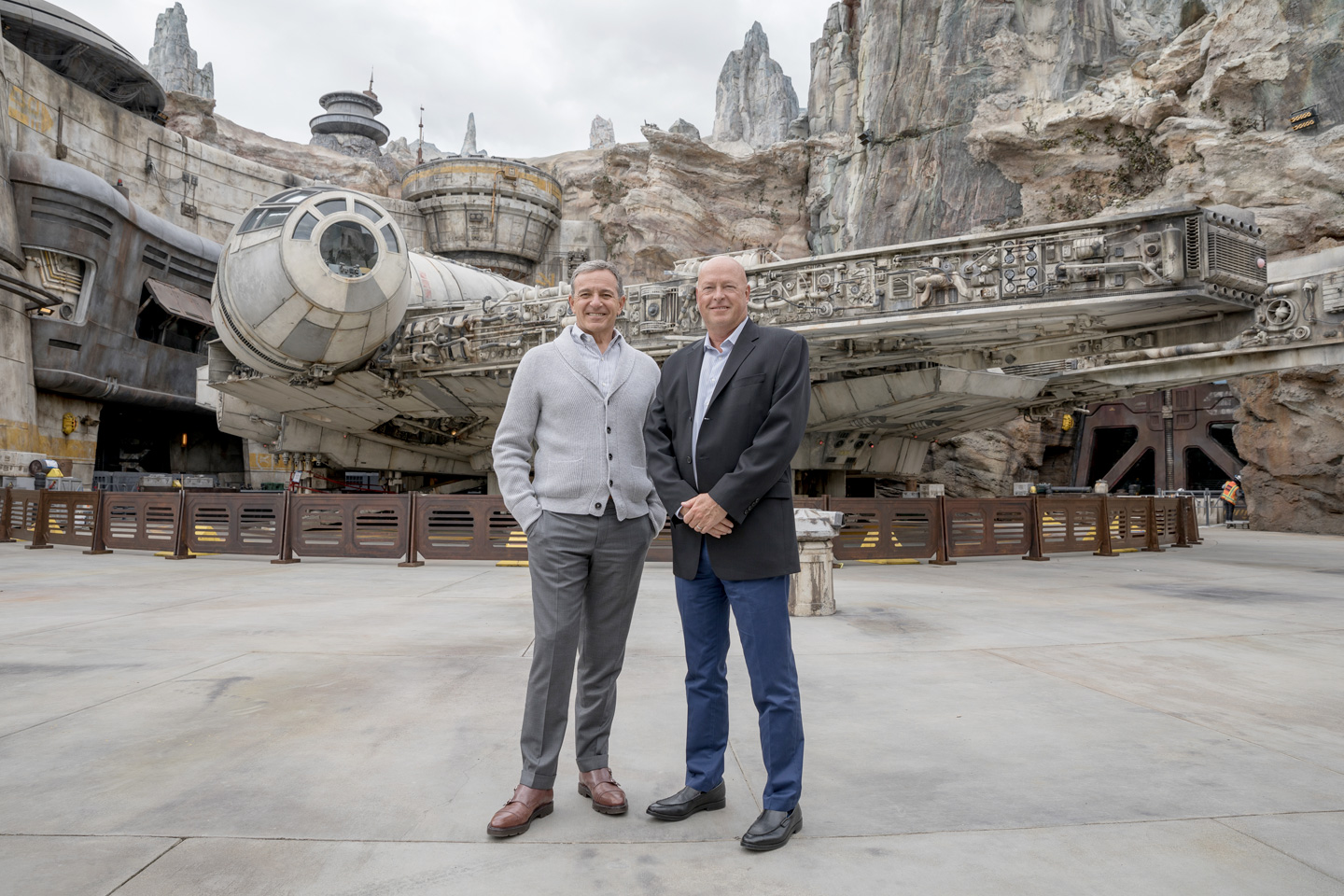 Bob Chapek out at Disney, Bob Iger returns to lead the company as CEO

Iger, who spent more than four decades at the Company, including 15 years as its CEO, has agreed to serve as Disney’s CEO for two years.

How long until they can make the parks an enjoyable, worry free, experience again?

In 10 years time my personal opinion on WDW has shifted from “a vacation where everything is taken care of for me” to “ How do we power through this thing one last time for the kids, is this even worth it?”

BURBANK, Calif.--(BUSINESS WIRE)--The Walt Disney Company (NYSE: DIS) announced today that Robert A. Iger is returning to lead Disney as Chief Executive Officer, effective immediately. Mr. Iger, who spent more than four decades at the Company, including 15 years as its CEO, has agreed to serve as Disney’s CEO for two years, with a mandate from the Board to set the strategic direction for renewed growth and to work closely with the Board in developing a successor to lead the Company at the completion of his term. Mr. Iger succeeds Bob Chapek, who has stepped down from his position.

“We thank Bob Chapek for his service to Disney over his long career, including navigating the company through the unprecedented challenges of the pandemic,” said Susan Arnold, Chairman of the Board. “The Board has concluded that as Disney embarks on an increasingly complex period of industry transformation, Bob Iger is uniquely situated to lead the Company through this pivotal period.”

“Mr. Iger has the deep respect of Disney’s senior leadership team, most of whom he worked closely with until his departure as executive chairman 11 months ago, and he is greatly admired by Disney employees worldwide—all of which will allow for a seamless transition of leadership,” she said.

The position of Chairman of the Board remains unchanged, with Ms. Arnold serving in that capacity.

“I am extremely optimistic for the future of this great company and thrilled to be asked by the Board to return as its CEO,” Mr. Iger said. “Disney and its incomparable brands and franchises hold a special place in the hearts of so many people around the globe—most especially in the hearts of our employees, whose dedication to this company and its mission is an inspiration. I am deeply honored to be asked to again lead this remarkable team, with a clear mission focused on creative excellence to inspire generations through unrivaled, bold storytelling.”

During his 15 years as CEO, from 2005 to 2020, Mr. Iger helped build Disney into one of the world’s most successful and admired media and entertainment companies with a strategic vision focused on creative excellence, technological innovation and international growth. He expanded on Disney’s legacy of unparalleled storytelling with the acquisitions of Pixar, Marvel, Lucasfilm and 21st Century Fox and increased the Company’s market capitalization fivefold during his time as CEO. Mr. Iger continued to direct Disney’s creative endeavors until his departure as Executive Chairman last December, and the Company’s robust pipeline of content is a testament to his leadership and vision.

At least there will be less bumbling at press events?

So is this considered Bob 3.0? Hopefully he has learned from his mistakes & listened to complaints & comes back
And realized he needs to build out capacity in ALL 4 parks

I'm sure gonna miss the non-Descript bald man themed around CEO or whatever.
V

I needed some good news after my Vikings got destroyed today!!!

I cant wait to hear from out UK friends when they wake to the news… @marni1971 specifically.
B

Happy that the board has enough sense to pull this off. But I was hoping for dual CEOs with Eisner and Iger back together again! Haha. But glad Jim Cramer was able to make Chapek get the boot lol.
D