I just got back from a 3 week trip to WDW. We had an awesome time. We stayed at Caribbean Beach, Coronado Springs, Yacht Club, Animal Kingdom Lodge Kidani Village, Dolphin, Hilton Bonnet Creek, and the Airport Hyatt. We skipped the parks, saved $3000 on park tickets, and used the money to upgrade our plane tickets to first class.

The first thing we did at CBR was to get on the Skyliner, of course. It was fantastic, very comfortable, very drafty. It seemed that there was wind blowing on every part of me, and I never got hot. We took the Skyliner from CBR to Pop, where my baby (kindergartner) admired the giant yoyos there. He loved it so much, he said we should have stayed there! We tried to order food from the mobile order and failed: the MDE app crashed 5 times. So we went to Riviera to eat instead. Their vegetable skewer is fantastic. They also have superb fruit tarts in the lobby. It was all very convenient, going from one hotel to the next, looking for food, enjoying the view of the giant Mickey or the sandy beaches.

We slept in every morning, then swam in the afternoon. In the evening, we did resort hopping and visited resorts that we’ve never seen before because in the past, we had to go to the parks and never had the time. We visited Wilderness Lodge, Saratoga Springs and Fort Wilderness. I rather liked Fort Wilderness. We bussed to MK, then took their boat to the north end, then walked all the way to the south end where the bus stops were, which took nearly an hour because we were walking slowly and stopping at times. It was very nice and beautiful. It has to be the largest, best kept campground in the world. Then we bussed to Epcot and transferred to our hotel bus.

Another big goal for this trip was to walk along the new walking path from the Grand Floridian to Magic Kingdom. It was as beautiful as I imagined. We once passed there around 8:30 p.m. and watched the bridge swing around to let the light boat pass. Another time, I walked around the Hourglass Lake at Pop Century at night. It was just as beautiful as the GF to MK walk. We visited Art of Animation, where my baby admired all the Cars there, as well as the giant elephant bones and the treasure box.

Our trip was very relaxing. There was no parks to rush to, no fastpass to do, no ADR to attend. Disney is allowing mobile ordering from sit down restaurants, which we find very convenient and time-saving. We ordered from Ale and Compass for the first time and found the food to be excellent. We also got a bunch of awesome stuff from Kona Café. We did not like the Wave of American Flavors, but we ate it and ordered more food from the Contemporary food court. It was nice not having to make reservations and just ordered whenever we wanted food.

We had a great time at Coronado Springs, which was more beautiful than I remembered. (I stayed there 10 years ago.) The new lobby, in particular, was immensely impressive. We got upgraded to the preferred room. The pool had a nice, long slide. My baby loved the playground near the pool. We ordered from the 3 bridges restaurant and got some amazing food. Even the steak sandwich from the food court was outstanding.

Our room at Yacht Club was right on top of the lobby and really beautiful. Even the drapes had constellations on it. We had a giant balcony that was shared by 4 rooms. My baby played with the girl next door who was doing cartwheels on the balcony.

Overall, I liked the Disney hotel rooms much better than the offsite hotels I stayed at during this trip, even though there’s nothing wrong with the offsite hotels. The Dolphin, Hilton Bonnet Creek and Airport Hyatt rooms are all 4 stars and all nice, but they all look the same, kind of. I guess I am rather fond of the theming Disney does. The Dolphin did not provide life jackets for my baby, and you have to show your room key to get towels at the main pool. So I got 2 towels for my baby. Afterwards, I left one folded on top of my stroller and the other one crumpled in the stroller. I walked away briefly to watch my baby in the pool and when I came back, somebody had stolen my used towel that‘s folded and looked unused.

We ate dinner at Hilton Bonnet Creek’s Asian restaurant bar called Zeta or something (no reservations needed). We weren’t expecting much, but that was the best sushi we’ve ever had. We ate around 6, went swimming, then came back and ate again, it was so good. The waitress said, “Weren’t you guys here earlier?” We said yes, we want more! It's not like we had to go back to Epcot or anything. We had nothing else to do, so might as well eat more fantastic sushi. I also discovered that Hilton has a set bus schedule to go to the parks and back throughout the day. So in the future, we are going to take their bus to their hotel to eat more at Zeta.

Being that we had lots of time, we ventured out of Disney and ate dinner at this restaurant called Volcano Hot Pot in Celebration, where you boil and barbecue your own food at the table. My kids loved doing that.

We spent a lot of time at the hotel pools. At Kidani, there were 2 pools with slides to pick from, so the swimming was very good. I booked a deluxe studio and got upgraded to savanna view, which was nice. We saw rare animals outside all day long. I needed to do laundry and found the laundry room but couldn’t figure out how to start the machines or where to pay. There were no instructions concerning payment or how to start the machines, and nobody else was in the laundry room. Pushing the buttons on the washers did nothing. I spent 20 minutes trying to figure it out, failed, and went out to find this one CM passing by. I asked him and he said he’s never been in the laundry room in his life. I made him come in with me anyway and help me figure it out. He couldn’t figure out where to pay either, but that gave me an idea of just putting the clothes in and close the door. The machine then started. Turns out, laundry is free.

We did everything I wanted except for staying at Port Orleans because it wasn’t open. I also wanted to visit All Star Sports, which was also closed. My baby would have enjoyed looking at the giant football helmet. We took the Magic Express to and from the airport, probably for the last time. I hope Disney changes their mind about axing the DME, but I guess I need to prepare for the worst.

We’ve been home for a few days now and every day, my baby says to me at least once, “It’s so much fun going on holiday, Mama!”

Later edit (things I forgot to mention above and will add below as I remember them):

1. Checking in was different during this trip compared to other trips in that the Disney receptionist often asked me, "How did you get here?" They've never asked me that before. I would answer, "uber." When I first ubered into a hotel, the guard at the gate would stop us and our driver would say, "uber drop off." Then we get waved in. Except for AKL Kidani. That guy asked if we had a reservation. We said yes and gave our name. He looked it up in a stack of printed papers and couldn't find it. So he said, "Welcome home," and let us in anyway.

2. Next to the Volcanic Hot Pot restaurant in Celebration was a bunch of discount Disney gift shops. I bought 2 Disney brand name shirts for half of what they charged at MK.

3. When I checked in at Yacht Club, the CM looked at my home address and said, "I love your state! I've been there many times, it's so beautiful." I was impressed that she's been to my state, considering it is 2000 miles away with no direct flight. I said, "It's more beautiful here." She said, "Everything here is superficial and fake. You get sick of it real soon!"

4. On the flight back, I went to get boarding passes at the United counter of MCO for the first time in my life -- in the past, I always had checked my luggage at my Disney hotel. Besides the boarding passes, the machine also print out the luggage stickers for me to put on. I enjoyed that -- I always love new automation. Then my machine jammed and won't print out my last luggage sticker, so a worker came over to help me. She fixed the machine and asked, you are flying first class? I said yes, so she pointed me to a different area called "premier access" to deposit my luggage where I "don't have to wait." I went there as directed, and there was a small crowd that wasn't moving. I waited 5 minutes, then decided to hauled the luggage back to the regular luggage deposit area that had no line at all, and dropped my luggage off in no time.

5. Once I was ubering during a hotel transfer, I remembered mid trip that I forgot something and had to go back. So I called to the driver saying I had to go back. He indicated that he didn't speak English, Spanish only. I have been teaching myself Spanish as a hobby in recent years. My husband says that I would never get to use it, so it's a waste of time. At that moment, I pulled enough Spanish out of the mess in my brain and said something like, "want. return. hotel. because. forget. something." The driver understood me! He turned the car around and got me back. He even said my Spanish was good! I was so proud of myself!
Last edited: Jun 16, 2021
Click to expand...


Either Zip is not paying attention or...... 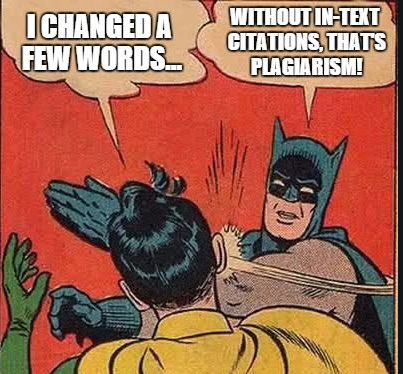