Original Poster
We're here and about to kick off! Miami and Florida kick off the season in the Camping World kick off today.

What do you @21stamps @Captain Barbossa @Dead2009 @DisneyJayL @winstongator see for the upcoming season?

I felt like I was watching the Cincinnati Bengals in the last 4 minutes of that game.

Anyway, exciting game. Great start to the season! (Even with the loss)

21stamps said:
I felt like I was watching the Cincinnati Bengals in the last 4 minutes of that game.

Anyway, exciting game. Great start to the season! (Even with the loss)
Click to expand...

Gotta hurt to come so close; and what do we think of #8 Florida now?

I hate the Gators with every fiber of my being.. BUT, emotions aside, I won’t judge them on that game yet.. rivalry games are always a bit different than a regular game, I’ll withhold judgement... for now...

21stamps said:
I felt like I was watching the Cincinnati Bengals in the last 4 minutes of that game.

Anyway, exciting game. Great start to the season! (Even with the loss)
Click to expand...

That was one of the biggest crapfests I’ve ever seen. Florida tried their very best to give Miami the W towards the end, and Miami shot themselves in the foot every chance they got.

Captain Barbossa said:
That was one of the biggest crapfests I’ve ever seen. Florida tried their very best to give Miami the W towards the end, and Miami shot themselves in the foot every chance they got.
Click to expand...

I would love to hear audio from BOTH locker rooms. So many irresponsible penalties and mistakes on both sides, looked they were competing for an idiot award.

21stamps said:
looked they were competing for an idiot award.
Click to expand...

It was appropriate to have Gameday @ the train station because that game was a train wreck. 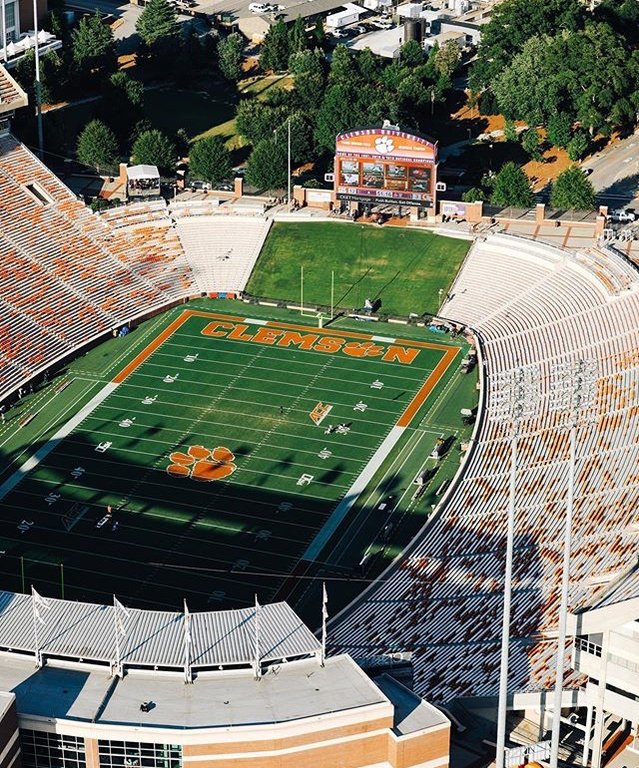 Kickoff is just under 8 hours away! Not a fan of the Thursday night games, but I rather it be the opener so we have more time to prepare than 3 or 4 days. It’ll be interesting to see how this new GT offense looks since old Pawwwwwllll is no longer at the helm. Now I’m not saying that we won’t see the triple option at all, but it definitely won’t be the star of their offensive game plan like it has been for the past 11 seasons.

Anyways, I can’t believe the season is about to begin! Hopefully Trevor and the offense can get off to a fast start and the defense can figure out GT’s game plan early. Should be an exciting game!

Original Poster
Glad Bama decided to give a scholarship to a blue chip kicker......

FSU, Florida, and Oregon were the big underwhelms in week 1, but largely uneventful within the top 10.

Texas/LSU will be interesting. Rooting for Texas to prop up the conference, but not so secretly wishing for LSU to blow them out.

I guess I’ll be late again this season too.

Great game last Thursday night against GT! So glad to see our guys back on the field!

Thought the offense got off to a fast start and played well. Trevor had a pretty good game. I know he threw a couple of picks (only threw 3 ints last season), but luckily GT was unable to capitalize off of them. I will give credit to the GT CB on the 1st pick. He bailed and timed it perfectly, but Trevor chased him down and knocked the crap out of him, which prevented the pick 6. The 2nd pick wasn’t a big deal because it was the end of the 1st half. I will say that Trevor’s running game has greatly improved. He seemed a lot more confident pulling it in and keeping it on zone reads. And Etienne could’ve not started the season any better! (205yds, 3TDs, avg 17.1yds) He and Lyn-J are gonna make a nice 1 2 punch this season. Not that I was expecting them to play bad, but I was very surprised with how well the OL played. They didn’t give up any sacks and they created a lot of room for the running game, including some great blocks.

In terms of the defense, I thought they played great for not knowing what GT’s offense was going to do. I honestly thought that GT would’ve run the triple option a couple times, but nope, they didn’t run it at all. The only type of option they ran was the speed option a few times. Everything else was straight up running between the tackles or passing. It will be interesting to watch this new GT offense evolve throughout the rest of the season. Anyways, the defense played very well and did a great job forcing turnovers. I was very proud of the way that they responded with picking off GT at the goal line on 4th down after Trevor threw the 1st pick.

Overall, it was a great way to start the season and we were able to check off our 1st goal!

Should be a good one tomorrow in the Valley! It went down to the wire last season. I absolutely hate Jimbo the bimbo, but I love to watch him throw temper tantrums on the sidelines. Hopefully he’ll be throwing some tomorrow! The Mond kid isn’t a bad QB, so we’ll have to do a good job shutting him down. Hopefully Trevor and Travis, along with the rest of the offense, can get off to another fast start and that the defense can force some turnovers. Just need to stay focused and take care of business.

Today’s a big day in Cincinnati.

I think the Bearcats will put up a good fight, should be a fun game to watch!

Good game last Saturday against A&M. I honestly thought that Mond and the A&M offense were going to put up more of a fight. I thought Trevor played well, but it took him a while to get going. Etienne had a rough game running because the defense was so locked in on him, but he did a great job catching some passes out of the backfield. Defense played very well and had A&M’s number all game long. Overall, it was a good game and a good win.

Should be a good one tonight against Syracuse. The last 2 games against the Orange have been rough. Despite us winning last year, 2 years ago is still fresh on our minds. Needless to say that we’ll be looking for some revenge. The blowout last week to Maryland means nothing to us. Syracuse is still a very good football team and they have a lot of talent on offense. Hopefully we’ll come out of the Carrier Dome with the victory. We just need to focus on taking care of business.

Original Poster
Neither Bama nor Clemson looks like they are running on all cylinders yet, but both won easily last week. So far, Clemson's victory over A&M is the most impressive yet, with Bama beating an inspired South Carolina in Columbia getting a mention.

Our Co-#2 had an impressive beat down of Stanford.....

Georgia gets its first test this week....

Original Poster
Slate (worth mentioning) for this weekend:

Good game last week against Syracuse. I know that they were blown out the week before by Maryland, but I honestly thought that it was going to be somewhat of a close game. Definitely not complaining about the score though! Offense played well, but we struggled to the get the running game going. Defense played extremely well and did a great job shutting Syracuse down whenever they got in the red zone. But the highlight of the game was no doubt Amari Rodgers’ performance. It’s hard to believe that he was having acl surgery just 5 months ago. Definitely one of the quickest recoveries that I’ve ever seen. Can’t wait to watch him throughout the season. Anyways, good game and a good win.

Should be a good and fun one tonight against Charlotte. We’ve never played them before, so the 1st quarter might be interesting, but I fully expect us to pull away early. Just need to stay focused and take care of business.

Disney has been on campus all week filming for Safety and they’re gonna film during halftime tonight. The plan is for the actors/players to run down the Hill, do a kickoff, and run 2 defensive plays, and they have 7 mins to do it. Should be interesting.
Share:
Facebook Twitter Reddit Pinterest Tumblr WhatsApp Email Share Link